Battling cancer for the second time, Olivia Newton-John has some big news to share about her health 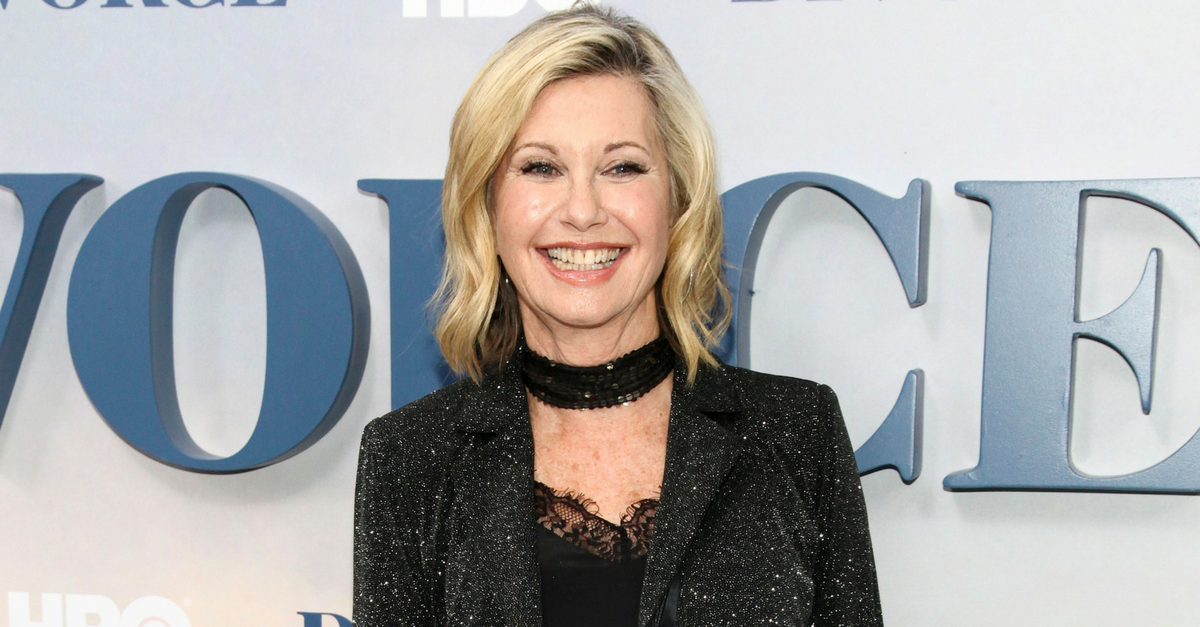 Photo by Andy Kropa/Invision/AP, File
FILE - In this Oct. 4, 2016 file photo, actress and singer Olivia Newton-John attends the premiere of HBO's "Divorce" in New York. Newton-John says she has breast cancer and is canceling her June tour. The 68-year-old singer announced Tuesday, May 30, 2017, that she initially thought she was suffering from back pain, but learned it was “breast cancer that has metastasized to the sacrum.” (Photo by Andy Kropa/Invision/AP, File)

Olivia Newton-John is feeling much better after she was forced to postpone her tour after being surprised by an unexpected breast cancer diagnosis for the second time in her life earlier this year.

“I am no longer in pain and happy to say I am working again,” she shared an a new interview.

In May, Newton-John discovered the breast cancer she had beaten 25 years ago had returned and spread to her lower back after thinking the pain she had been experiencing was from sciatica. While she was devastated to have to postpone her North American tour, the singer has been back on the on the road again for months and is determined to continue to connect with her fans through her singing and appearances onstage.

“When I get to sing the songs I love, it’s like a gift,” she elaborated on how getting back to work has been healthy for her. “Being on the road with my band has been healing for me. Of course, it was scary. But the words that came to my mind were, ‘This too shall pass!’ I just had to believe that I was going to be OK.”

The star, who believes keeping a positive outlook and state of mind is crucial to staying healthy and overcoming illnesses, explained how she prepared to fight for her life once again by developing a deep relationship with herself.

“I talked to my body,” she said. “I affirmed that I was healthy and strong. Depression suppresses your immune system. I tried to get my mind off my troubles by focusing on the things that I am passionate about.”

Newton-John has been vocal about overcoming her new battle with cancer since announcing the tragic news. She has continued to give fans updates on her progress and to promise them that she’s not going anywhere, insisting that she’s a “thriver,” not a “survivor.”

“A survivor sounds like someone clinging onto a lifeboat, to me. A thriver is someone that’s already off the boat and on land,” she explained in September. “I’m not going to be one of those statistics. I’m going to be fine. And I will probably deal with this in my life as an ongoing thing … You know, I got through this before and I can do it again.”