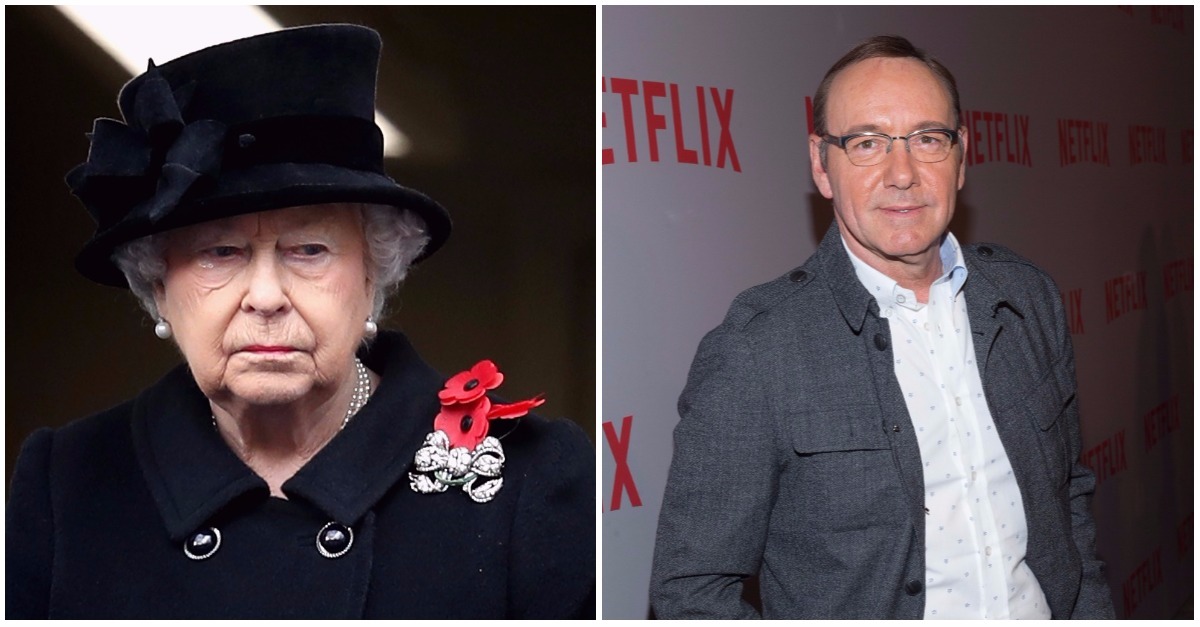 Disgraced actor Kevin Spacey reportedly sat on Queen Elizabeth’s throne during a tour of the palace with Prince Andrew.

According to The Sunday Times, the alleged incident took place “several years ago” while Spacey was serving as the artistic director of the Old Vic Theatre in London from 2004 to 2015.

During a tour of Buckingham Palace with Prince Andrew, Spacey reportedly sat on the queen’s throne and even posed for photographs.

“The queen would not have been amused,” a source told the publication, according to Page Six. “Going anywhere near the throne is a total no-no. If a member of staff did, there would be disciplinary action.”

The throne is embroidered with “EIIR” (for Elizabeth II Regina) and was made specifically for her 1953 coronation.

RELATED: “He is a pedophile”: New man claims Kevin Spacey tried to rape him at age 14

Last month, Spacey was accused of sexual misconduct by actor Anthony Rapp. In an interview with Buzzfeed, Rapp alleged that Spacey made a sexual advance on him in 1986 when he was a teenager.

Spacey denied the allegations and came out as a gay man in a statement on Twitter. He wrote at the time:

This story has encouraged me to address other things about my life. I know that there are stories out there about me and that some have been fueled by the fact that I have been so protective of my privacy. As those closest to me know, in my life I have had relationships with both men and women. I have loved and had romantic encounters with men throughout my life, and I choose now to live as a gay man. I want to deal with this honestly and openly and that starts with examining my own behavior.

Following the allegations, Spacey reportedly checked into a rehab facility in Arizona — the same facility where Harvey Weinstein sought treatment after he faced similar allegations.