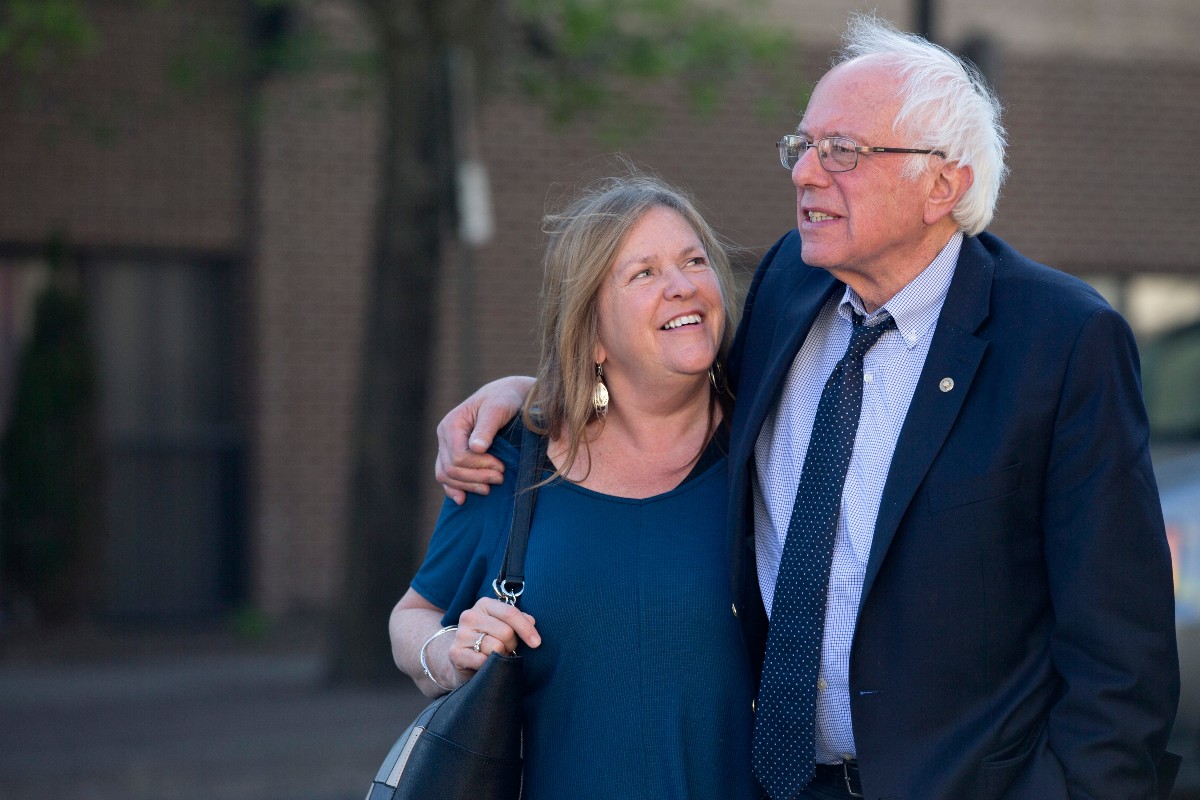 Vermont Senator Bernie Sanders? wife, Jane O?Meara Sanders, was his closest advisor and biggest supporter long before his two presidential campaigns made him a household name. In fact, they?ve been together since before he held any political office.

The two met at a speech during his 1981 campaign for Mayor of Burlington, Vermont. Jane said she immediately felt a connection with the future presidential candidate, who ?embodied everything I ever believed in.”

Jane O?Meara and Bernie grew up within 15 blocks of each other in Flatbush, Brooklyn, though they never met in New York. She attended the Roman Catholic St. Savior High School, then the University of Tennessee Knoxville before dropping out. She returned home and married her high school sweetheart, David Driscoll. Jane and her first husband had three children, Heather, David, and Carina Driscoll, before divorcing in 1980.

Jane finished her degree at Goddard College in Vermont and went to work at the juvenile office of the Burlington Police Department, then as a community organizer. The latter job would introduce her to that upstart candidate for mayor who shared her politics.

Bernie asked Jane to dance at his mayoral victory party, and they soon began dating. They married in 1988, and though they never had children together, they folded each others? children — the three Driscoll children and Bernie?s son Levi — into the Sanders family.

Jane Has Stuck by Bernie for His Entire Political Career

Always much more than just ?Bernie Sanders? wife?, Jane acted as his closest advisor throughout his political career. When he won his Senate seat in 1990, Jane left her job at the Mayor?s Youth Office and became his chief of staff and policy advisor. By 1996, the Washington Post reported that she?d written over 50 bills and helped him found the Congressional Progressive Caucus.

Throughout her husband’s time on the hill, Jane also earned her doctorate in Leadership and Policy Studies at Cincinnati?s Union Institute & University. In 1996 she became provost at Goddard, and from 2004 to 2011 worked as President of Burlington College.

Amid controversy surrounding a land purchased under her leadership to develop a new campus, Jane resigned from her position. Burlington College shuttered in 2016, citing the ?crushing debt? incurred by the ill-fated real estate venture. In 2017, the DOJ and FBI opened an investigation into the land deal but concluded a year later without bringing charges against Jane.

Following her husband’s unsuccessful campaign Democratic nomination in 2016 against Hillary Clinton, Jane founded the progressive think tank The Sanders Institute. The non-profit called a temporary halt to fundraising and operations in 2019 before Bernie?s second bid for the White House.

Though eventually, Sanders lost to Joe Biden, he remains one of the Democrat’s most popular and influential leaders, continuing to lead fights in the Senate for progressive causes like a higher minimum wage and increased pandemic relief. Jane, by extension, is one of the most quietly influential women in America — as Sanders advisor Jeff Weaver told the Associated Press in 2019, ?Bernie?s top adviser always has been and will continue to be Jane.?