Menu
Follow us
Search
Menu
Search
NEW YORK, NY - JUNE 11: Bette Midler accepts the award for Best Performance by an Actress in a Leading Role in a Musical for “Hello, Dolly!” onstage during the 2017 Tony Awards at Radio City Music Hall on June 11, 2017 in New York City. (Photo by Theo Wargo/Getty Images for Tony Awards Productions)

Nobody tries to get Bette Midler offstage before she’s ready!

On Sunday night, Midler took home the Tony Award for Best Actress in a Musical for her role in “Hello Dolly,” and during her acceptance speech, she snapped at the orchestra as they tried to get her to wrap it up.

“I’m so privileged, I’m so honored,” she said. “I hope I don’t cry. Thank you to the Tony voters, many of whom I’ve actually dated. This has been one of the greatest professional experiences in my entire life. I’m so grateful for the outpouring of love and affection. I can’t remember the last time I had so much smoke blown up my ass, but there’s no more room.”

Midler then started to go one by one to thank her cast and crew in the LOL-worthy and bleeped out speech. As the orchestra tried to cut her hilarious speech short and cue her to head offstage, Midler just kept going as the music got louder and louder.

RELATED: Meghan Markle’s “Suits” co-star says that she is “so happy” with her beau, Prince Harry

“I just want to say, shut that crap off!” she said. “Revival is an interesting word. It means something was near death and it was brought back to life. ‘Hello Dolly’ never really went away. It has been here all along.”

Midler continued to promote her show as the audience cheered. “This thing has the ability to lift your spirits in this terrible time.” She then dedicated her performance to previous Dollys before thanking the crowd.

Midler previously won a Tony Award in 1974, but she had never won in an acting category before this year.

The other nominees in the Best Actress category were Denée Benton for “Natasha, Pierre and the Great Comet of 1812,” Christine Ebersole for “War Paint,” Patti LuPone for “War Paint” and Eva Noblezada for “Miss Saigon.” 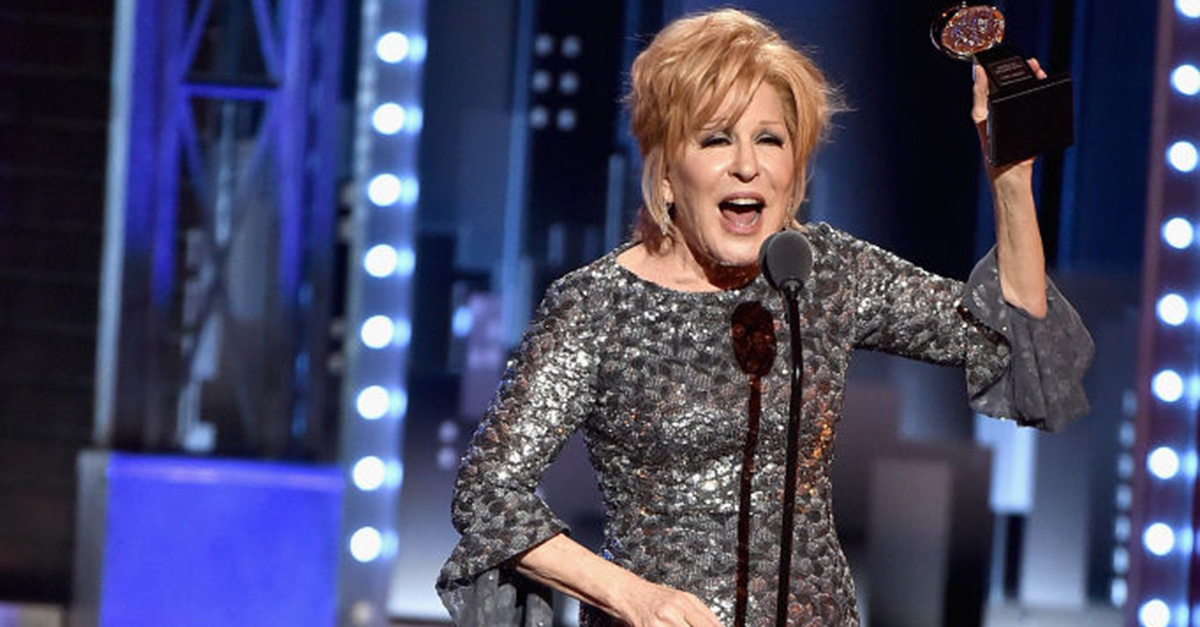