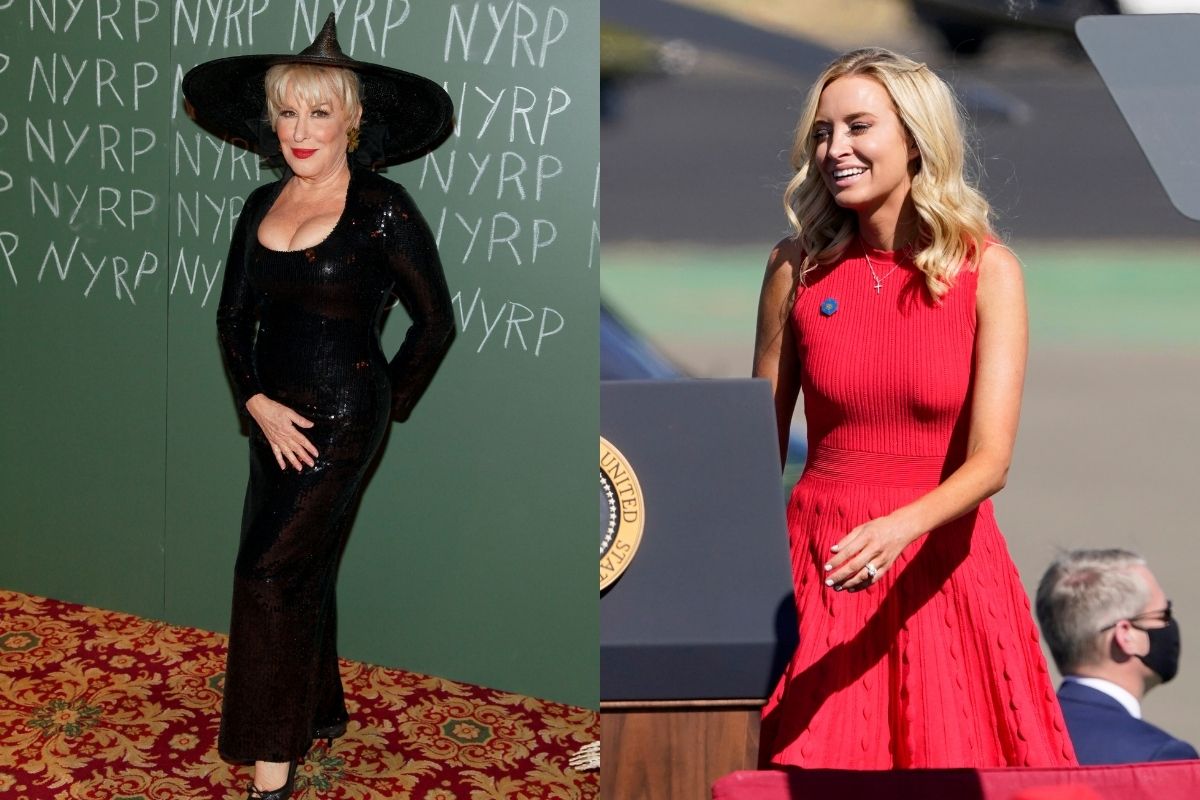 As if the 2020 presidential election couldn’t get any messier, Bette Midler decided to give her unwarranted opinion with a very blatant and loud comment towards White House Press Secretary Kayleigh McEnany. The Hollywood actress told McEnany to “go f*ck herself,” as a reaction towards McEnany tweeting the news that the Wayne County Board of Canvasser’s decided to decline to certify their portion of the Michigan vote in the presidential election. Yikes.

Midler also took a shot at McEnany’s degree from Harvard Law, tweeting, ?With all due respect, Kayleigh, go fuck yourself. IMHO, Harvard has a lot to answer for.” I don’t think there’s a need to preface the comment “with all due respect,” but hey, the power of free speech, am I right?

With all due respect, Kayleigh, go fuck yourself. IMHO, Harvard has a lot to answer for. https://t.co/FkEeNaBTst

Initially, the Wayne County Board of Canvassers had declined to certify its portion of the Michigan vote in the midst of a 2-2 deadlock decision, after 200 sworn affidavits of alleged fraud were turned in. However, the board surprisingly and suddenly decided to certify the count in demanding that Michigan Secretary of State Jocelyn Benson conduct a “comprehensive audit.” So what happened?

Apparently a video emerged showing Democrat Abraham Aiyash doxing the children of Republican chairwoman Monica Palmer, accusing her of enabling and perpetuating “the racist history of the country.” He appeared to be doxing her children by suggesting that they attend a certain elementary school on a public Zoom meeting.

McEnany had commented on the situation, saying that the board members were essentially coerced in changing their decision, in fear of being painted as racists by Democrats. McEnany, fighting for the Trump campaign and for President Donald Trump, was responding to a tweet by Michigan Congresswoman Rashida Tlaib that said, “It?s plain and simple, folks. The Republican members of the Wayne County Board of Canvassers put politics above their duty to our residents. Suggesting that all of Wayne County can be certified, EXCEPT for Detroit, is horrifying racist and a subversion of our democracy.”

With accusations of election fraud and voter fraud prevalent, McEnany replied, “Last night the Wayne County Board of Canvassers refused to certify the election results, citing irregularities (which are documented in 234 pages of affidavits) Then came the typical barrage of leftist threats & cries of racism from the Squad, the failed Governor, and others?”

Last night the Wayne County Board of Canvassers refused to certify the election results, citing irregularities (which are documented in 234 pages of affidavits)

Then came the typical barrage of leftist threats & cries of racism from the Squad, the failed Governor, and others…⬇️ https://t.co/Qfxlb9gvEK

As if things weren’t on edge between Trump supporters who wanted President Trump back in office and those who are more than ecstatic that Joe Biden is set to become the new president of the United States, we’ve got Midler attacking people in the government once again with no explanation why she says such abrasive things. Earlier this year, she had called First Lady Melania Trump, an “illegal alien with bad English,” that she has since apologized for.