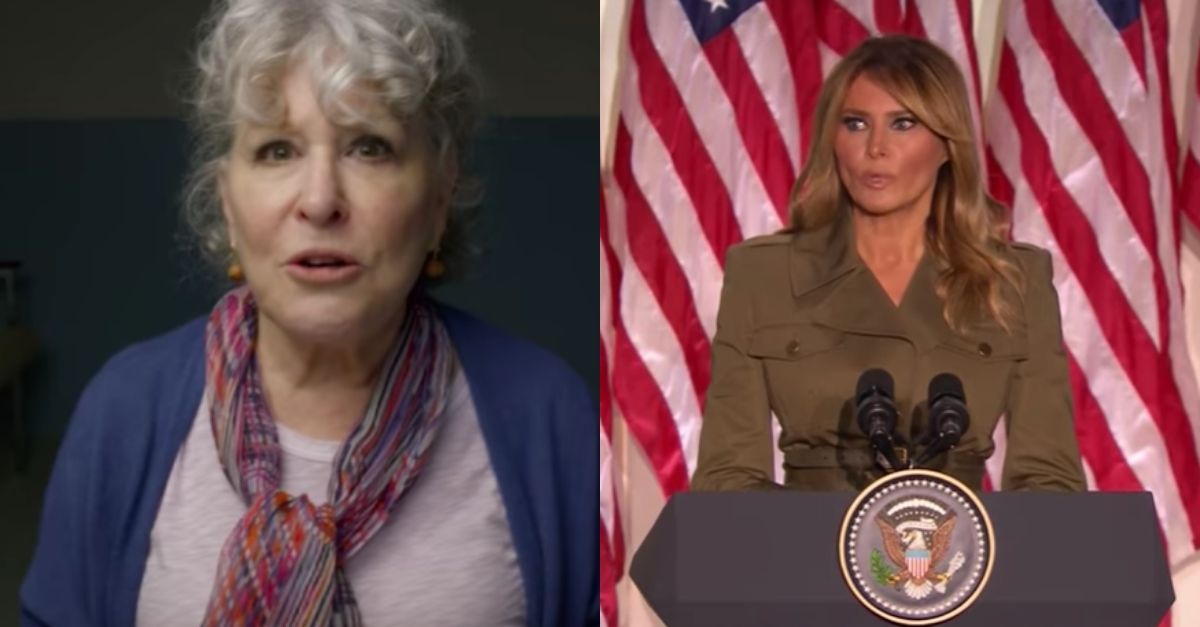 I get in the state of our world during this time, people are going a little…overboard. Free speech, power, health, race, and much more have never been more heightened in their problems with everyone really starting to turn against one another. Especially since the coronavirus pandemic had sent everyone into quarantine, people’s true colors have come out. And many have said many things that they can’t take back.

Bette Midler, for instance, a well-known beloved American celebrity, might have taken it a tad too far in using her platform to speak out about what she stands for. First Lady Melania Trump has just given a speech at the RNC (Republican National Convention), in the rose garden of the White House, something the First Lady had the honor of doing for the first time ever in history. And despite everyone’s issues with the government (as there will always be people who disagree with whoever is running our country), she was the only speaker at the RNC to address the actual issues the majority of the country is having to deal with during the age of COVID-19.

But Bette Midler was not having it.

#beBest is back! A UGE bore! She can speak several words in a few languages. Get that illegal alien off the stage!

On social media, Midler took to Twitter to express her great disdain for Donald Trump and his wife. In a series of tweets, Midler starts with, “#beBest is back! a UGE bore! She can speak several words in a few languages. Get that illegal alien off the stage!” Pretty subtle, right? It’s just a little awkward, however, considering the First Lady is, in fact, an American citizen, and speaks five languages: Slovenian, English, German, French, Italian.

Why not? Just giving them a taste of their own immigrant bashing medicine. I guess they’re not keen. https://t.co/yAuMjgxqiH

But forget that, because Midler keeps them coming. She continued to critique the RNC speech and Melania Trump’s accent, tweeting about how Melania is an “awful person” and also explicitly saying, “Oh God. She still can’t speak English.” Now, I do have a few thoughts.

#Melania took all the color out of the #RoseGarden but Don tried his utmost to bring some back with that greasy bronzer!

I’m surprised Trump wants to destroy the #PostOffice. He got all his wives from it.

I get that there are many, MANY issues going on in our country’s government that need heavy criticism and monumental change. However, how Bette Midler basically calls Melania Trump a colossal idiot with insults like “illegal alien” and “still can’t speak English” is unnecessary. And honestly, these are the wrong insults to be using if you are actually against the Trump administration. It looks like Midler regretted her rant on social media, when she finally re-explained what she actually stands for in a final tweet about the RNC speech. Watch what you say people. It’s more important now more than ever to think before you speak.

Well, all hell has broken loose because I said Melania “still can’t speak English” last night. I was wrong to make fun of her accent. America is made up people who speak with all kinds of accents, and they are all welcomed always.