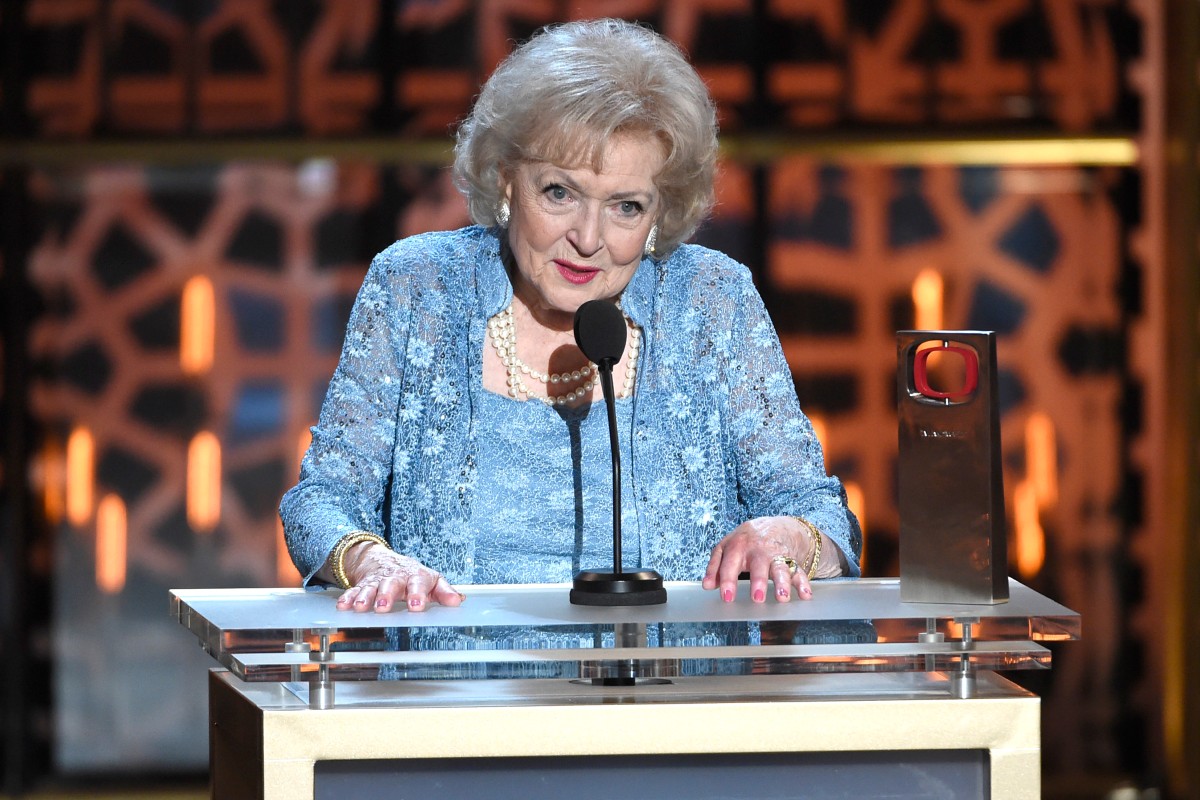 Betty White’s been pretty busy for the last 99 years. Born Betty Marion White in Oak Park, Illinois, the actress kicked off her show business career as a co-host on the TV show Hollywood on Television, alongside DJ Al Jarvis. in the early 1950s, she’d produce and star in the TV sitcom, Life with Elizabeth. Over the next eight decades, the iconic entertainer continued on to star in TV shows like CBS’ The Mary Tyler Moore Show and TV Land’s Hot in Cleveland. Perhaps most memorably, White played Rose Nylund on the NBC series The Golden Girls alongside co-stars Rue McClanahan (Blanche Devereaux), Bea Arthur (Dorothy Zbornak), and Estelle Getty (Sophia Petrillo).

She earned multiple Emmy Awards, a Grammy, a Disney Legend Award, and now holds the Guinness Book of World Records for Longest TV Career for a Female Entertainer. In 2010, White famously became the oldest ever celebrity guest host of Saturday Night Live. Even as she conquered Hollywood, the “First Lady of Television” also found time to fall in love,  three times. Read on to meet Betty White’s three husbands.

Betty White met pilot Dick Barker during World War II while serving as a member of the American Women’s Voluntary Services. Once the war ended, the two were married and moved to Barker’s chicken farm in Ohio. Unsatisfied with farm living, Betty divorced Barker in 1947 and headed back to Los Angeles, California to follow her acting dreams.

Two years after her first divorce, White married her second husband, Hollywood agent Lane Allen. Allen reportedly wanted his wife to give up her career in the show biz. He basically wanted her to stay home and take care of their family and raise their kids, which unfortunately they never had. White wouldn’t, and so the couple separated after two years of marriage. Luckily, “third is the charm” worked really well for her.

In 1961, White met her third husband Allen Ludden, on the set of his game show Password. Initially turning him down, the actress married the game show host after two years of his persistent proposals. Ludden, as it turns out, would be the love of her life, so her only regret was not marrying him sooner. “I spent a whole year, wasted a whole year that Allen and I could have had together, saying, ‘No, I wouldn’t marry him. No, I won’t. No, I won’t leave California. No, I won’t move to New York,'” she told Oprah Winfrey in an interview. “I wasted a whole year we could have had together.”

Ludden passed away from stomach cancer in 1981. Since her late husband, White has remained single. “Once you’ve had the best, who needs the rest?” she once explained in an interview with Anderson Cooper (after scolding the host for asking questions about her personal life).