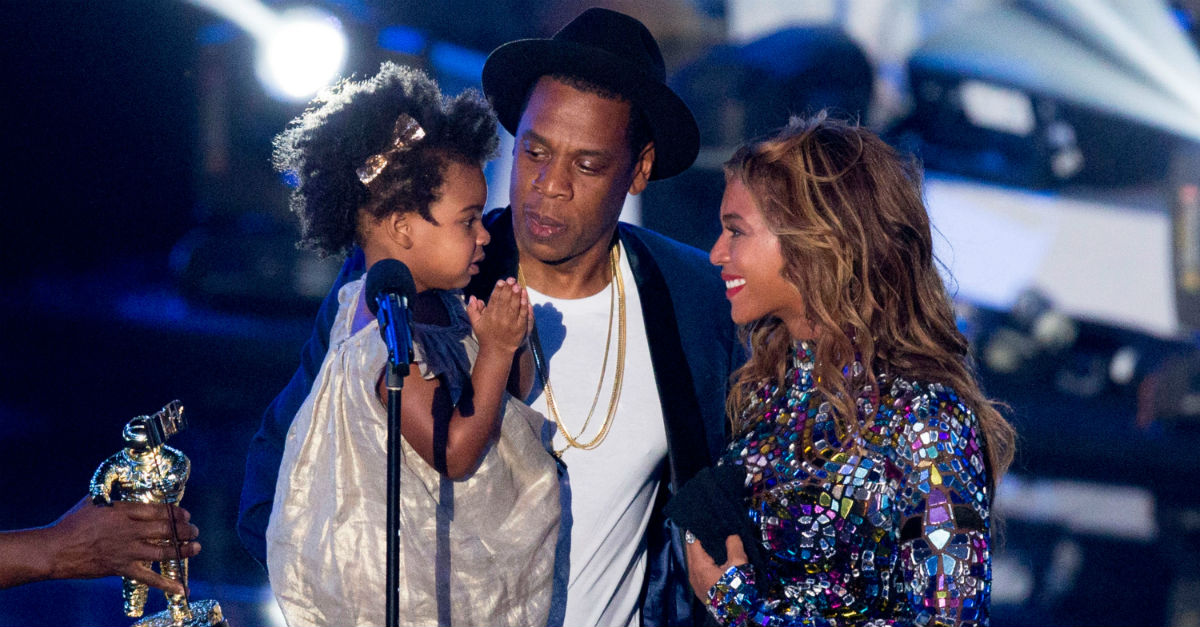 Beyoncé shared a few behind-the-scenes pictures from the highly-anticipated music video of another song on Jay-Z’s latest “4:44” album.

The music video for “Family Feud” features just over half of the Knowles-Carter family: Beyoncé, Jay-Z and Blue Ivy Carter. The family either sits, poses or raps from various parts of the church, including the pews and a confessional booth.

Beyoncé shared pictures of the family in their dramatic outfits, as well as herself and her husband sitting together.

Both the song and the album include a number of references to the rapper’s infidelity, to which he later admitted. A few of the references mirrored aspects found in Beyoncé’s successful 2016 album, “Lemonade.” Beyoncé, and now Jay-Z, used the name “Becky” to refer to the woman (or women) with whom Jay-Z cheated in the past.

The Founding Mothers. What else is there to say? I believe in our power. And I appreciate these dynamic artists who came out on a Saturday to represent all kinds of women at the table. Not a seat. ALL THE SEATS! #FamilyFeudFilm pic.twitter.com/LZFTuYBwJn

The music video for “4:44,” as well as the music for the album, can be streamed on Jay-Z’s on streaming service, Tidal.

RELATED: Photo of Beyoncé with newer, shorter hair emerges online ? and we love it