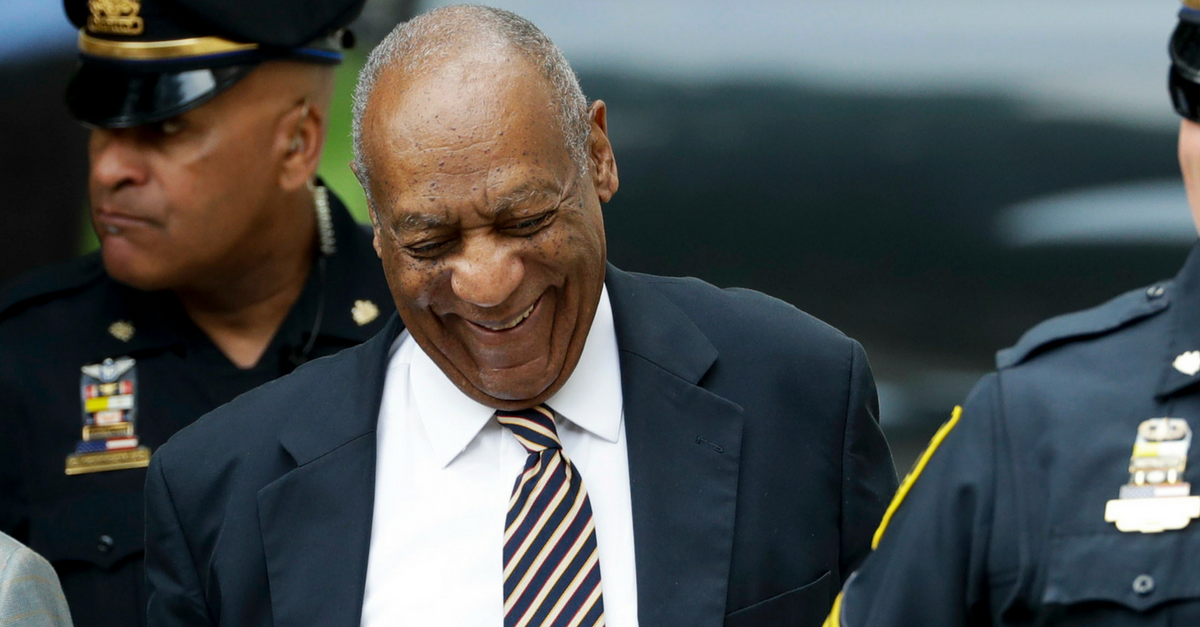 As Bill Cosby left the courthouse on Tuesday night after the second day of jury deliberations for his ongoing sexual assault case, he channeled “Fat Albert” and yelled out the character’s famous catchphrase to reporters.

“Hey, hey, hey!” he said as reporters shouted questions at him, marking the second time he’s done so during the trial.

The jury returned to deliberations on Wednesday morning, but has yet to reach a verdict. Cosby has been accused of drugging Andrea Constand and sexually assaulting her afterwards. Cosby’s defense has maintained that the contact was consensual; however, Constand, who testified during the trial, says otherwise. He faces three aggravated sexual assault charges and faces up to 10 years in prison for each.

The actor has also been accused of sexually assaulting 60 other women and has denied all of their allegations.

RELATED: Bill Cosby’s wife Camilla joins forces with her husband as he starts the second week of his sexual assault trial