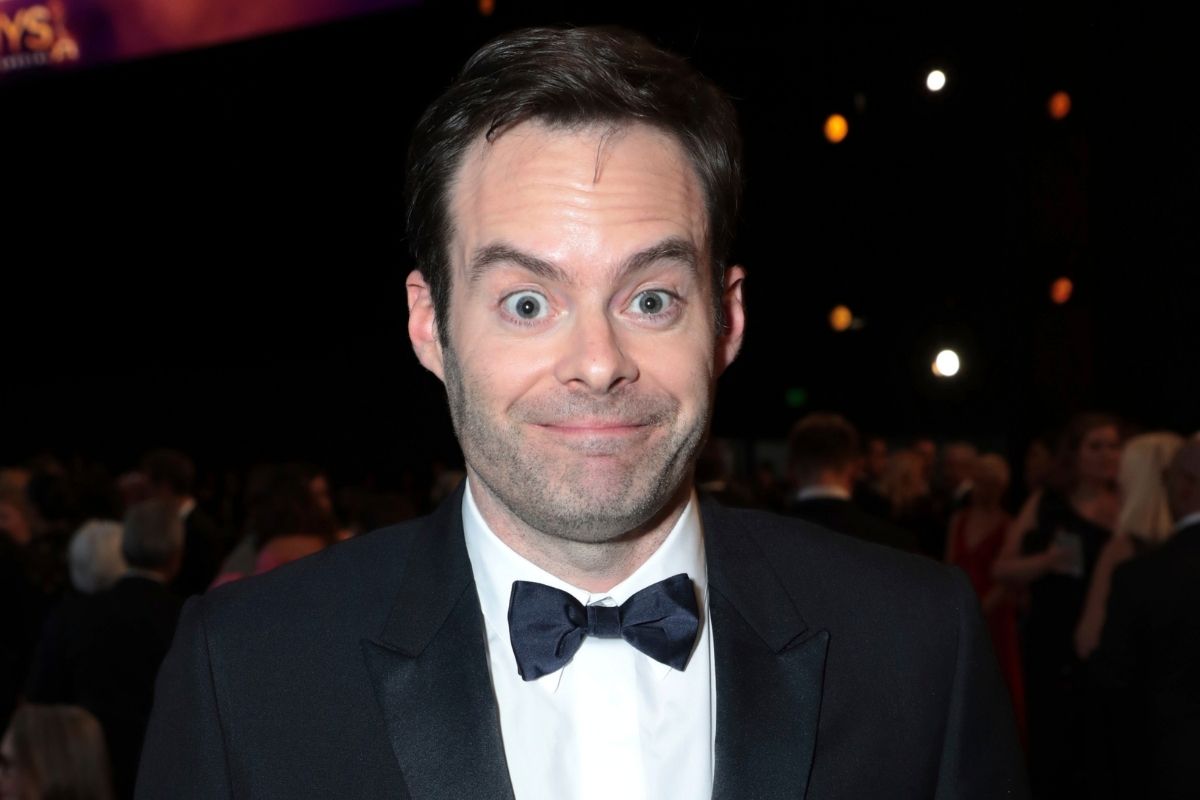 Bill Hader is an incredibly hilarious comedian as well as a gifted actor. Not only was he a Saturday Night Live cast member for eight years, he created, produces, and stars in the acclaimed HBO dark comedy Barry, in which he plays a disillusioned, unhappy hitman who gets a new lease on life when he joins an acting class. Add more dramatic Hollywood roles like Richie Tozier in It Chapter Two and a depressed suicidal man reconnecting with his estranged sister (played by fellow SNL alum Kristen Wiig) in The Skeleton Twins and you have one impressive career. Hader has an even more impressive role in real life as the doting father of three daughters. Who are Bill Hader?s children and what is their relationship like with their famous dad?

William Thomas Hader Jr. was born on June 7, 1978, in Tulsa, Oklahoma. He dropped out of college in 1999 and moved to Los Angeles to pursue his dream of being a filmmaker. He worked as a production assistant on movies and television shows for several years before he took a comedy class at Second City. There, he met fellow comedian Matt Offerman, brother of actor Nick Offerman, and they started a sketch comedy group together. Nick Offerman?s wife actress Megan Mullally was impressed with Hader and got him an audition with SNL producer Lorne Michaels. Hader flew to New York, nailed the audition, and joined the cast of NBC’s Saturday Night Live in 2005. By that time, he had met his future wife, actress and director Maggie Carey. She relocated to New York with Hader and they married in 2006.

Bill Hader became well known for his many impressions on SNL as well as the beloved character of Stefon, a flamboyant city tour guide who would join Seth Meyers at the Weekend Update desk to make nightlife recommendations and discuss his extremely active social life. He received four Primetime Emmy nominations and a Peabody award for his work on Saturday Night Live.

In addition to his SNL stint, Hader created the mockumentary series Documentary Now! with fellow SNL alums Seth Meyers and Fred Armisen. He also worked as a producer and creative consultant on the twelfth season of South Park, winning a 2009 Emmy for Best Animated Series. He had supporting roles in a slew of comedy movies, including Superbad, Forgetting Sarah Marshall, and Year One, and played the romantic lead opposite Amy Schumer in 2015?s Trainwreck. He’s also lent his vocal talents to several animated movies, including Finding Dory, Inside Out, and Cloudy With A Chance of Meatballs. Barry led to two Outstanding Lead Actor in a Comedy Series Primetime Emmy Awards for Hader. He has also won a Peabody for the show as well as Outstanding Directorial Achievement in Comedy Series from the Directors Guild of America.

Bill Hader Cried In An Interview Because He Missed His Kids

Hader and his now ex-wife Maggie Carey divorced in 2018 after 11 years of marriage. The former couple has three daughters?Hayley Clementine, Harper, and Hannah Kathryn.  In a 2019 interview with Closer Weekly, Hader revealed that his kids were less than impressed with his career, saying
?They think it?s all right. When I pop up in stuff they?re like, ?Oh.?? Putting on a bored, deadpan voice, he continued: ?They are kind of like ?All right. You?re in here again.’?

In another 2019 interview, this one with Variety, Hader got emotional when discussing his daughters, revealing that between filming It Chapter Two and working on Barry, he?d had little time to spend with his girls: ?I think I saw my kids a total of five days all summer. It was terrible. So I?m going, ?Next summer I?m taking off. And I?m going to spend every day with them.? It?s this weird thing where when you?re in this industry, you don?t have time to be with them, and it?s really, really difficult. I?m getting emotional right now talking about it.? He later joked with the interviewer ?Congrats, it?s the first interview I?ve ever cried in,? and in discussing his plans to take time off for his family said ?They can see me all day if they want. They can really get sick of me.?

Hader also revealed in Variety and he and Maggie Carey remained friends and co-parented their children together. In 2020, Hader dated actress Rachel Bilson, with whom he co-starred in the 2013 movie The To Do List, written and directed by Maggie Carey. Bill Hader and Rachel Bilson appeared together at the 2020 Golden Globes but reportedly broke up in July of that year.

Watch: It Was ?Friendship at First Sight? for Tina Fey and Amy Poehler