After Carrie Fisher officially became a Disney Legend, her daughter Billie Lourd took to Instagram on Saturday to share a precious picture from one of the mother-daughter duo’s many trips to Disneyland.

“My mom and I went to Disneyland so much that I now realize she may have loved it even more than I did,” Lourd wrote alongside a precious photo of her, Fisher and grandmother Debbie Reynolds posing with Mickey and Minnie Mouse. “Thank you so much to @disney for making my mom the ultimate Disney combo: a princess and now a legend.”

Fisher was honored with the most prestigious award that The Walt Disney Company gives out on Friday. Lourd, who was unable to attend the ceremony due to ongoing filming for “American Horror Story,” wrote a heartfelt acceptance speech on behalf of her mother, which was read aloud at the event. 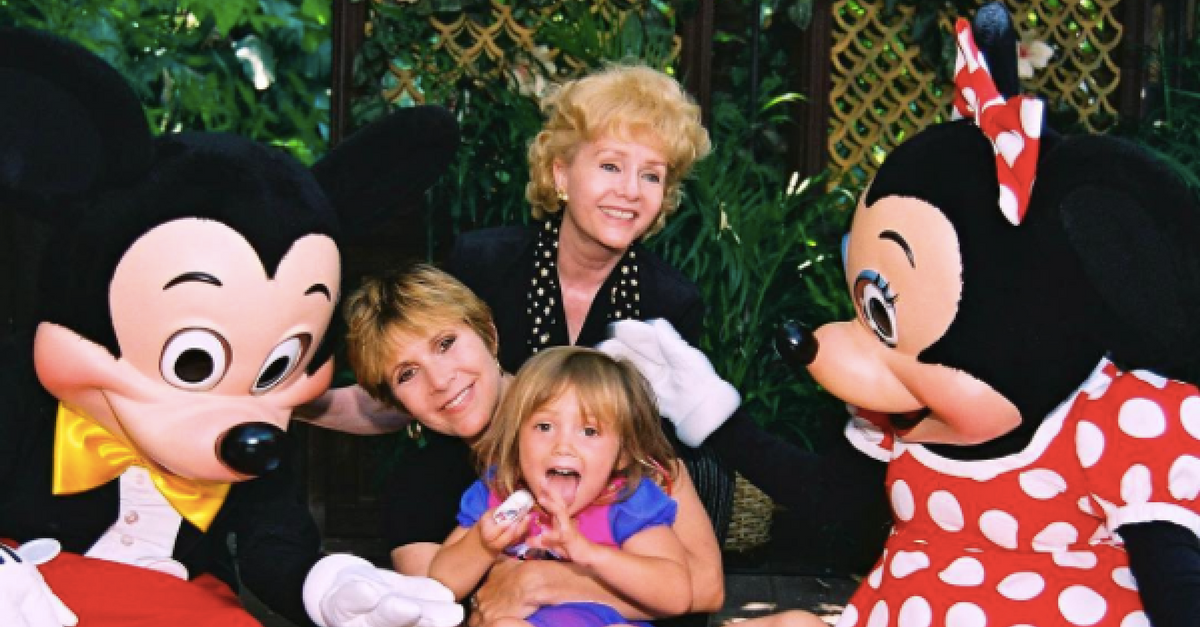