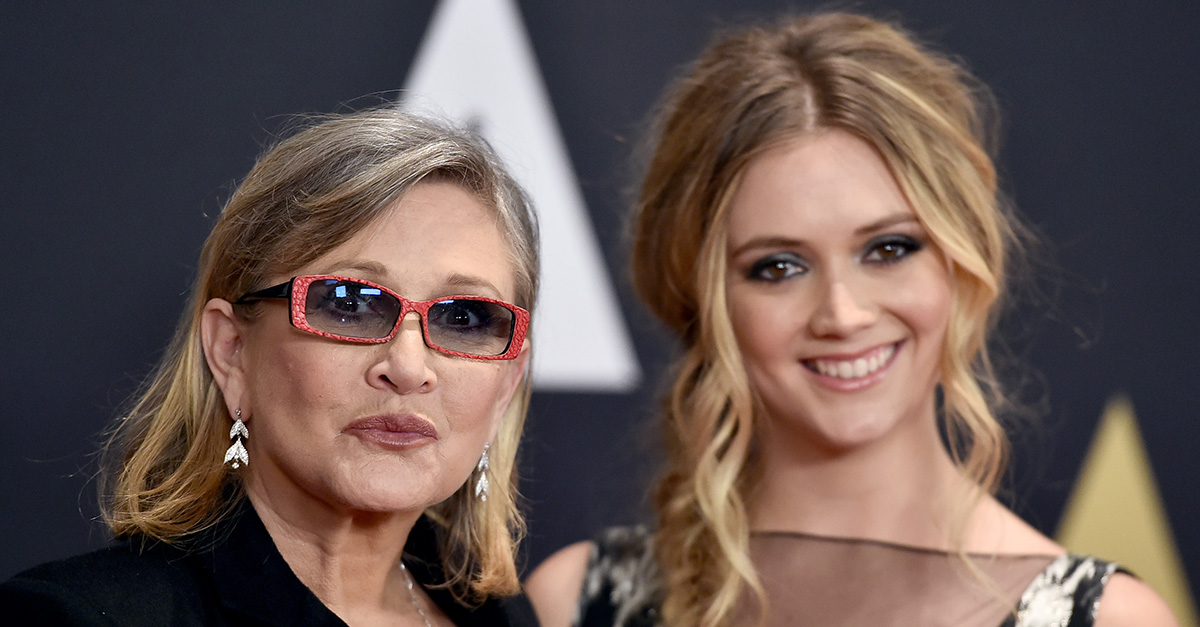 On what would have been legendary actress Carrie Fisher’s 61st birthday, her daughter, Billie Lourd, is honoring her with an adorable Instagram tribute.

“Happy birthday Momby,” she spelled out in emojis as the caption for a photo collage featuring an old picture of the mother-daughter duo in matching nightgowns.

RELATED: Carrie Fisher?s family is honoring her first birthday since her death in a special way

The occasion marks Fisher’s first birthday that her family is celebrating without her. Her brother, Todd Fisher, indicated a few days earlier that he and Lourd would be doing something special to honor her.

“You can be sure that Billie and I will have a moment in reflection on Carrie?s day,” he said. “I remember all the great things that she said and the example that she set for so many other women. I see people almost every day that come up to me and hug me and tell me what an amazing inspiration that she was, as a survivor and a woman who stood up for what she believes in. It?s amazing how many people recognized her for that.”

As for how Lourd is coping with the loss of both her mother and grandmother Debbie Reynolds nearly a year later, her uncle said, “She is dealing with it remarkably. I think she?ll make a great role model in her time as well, having grown up around two amazing women. I think she is going to reflect that in her future.”

RELATED: Carrie Fisher once sent a friend?s harasser a cow?s tongue ? because of course she did