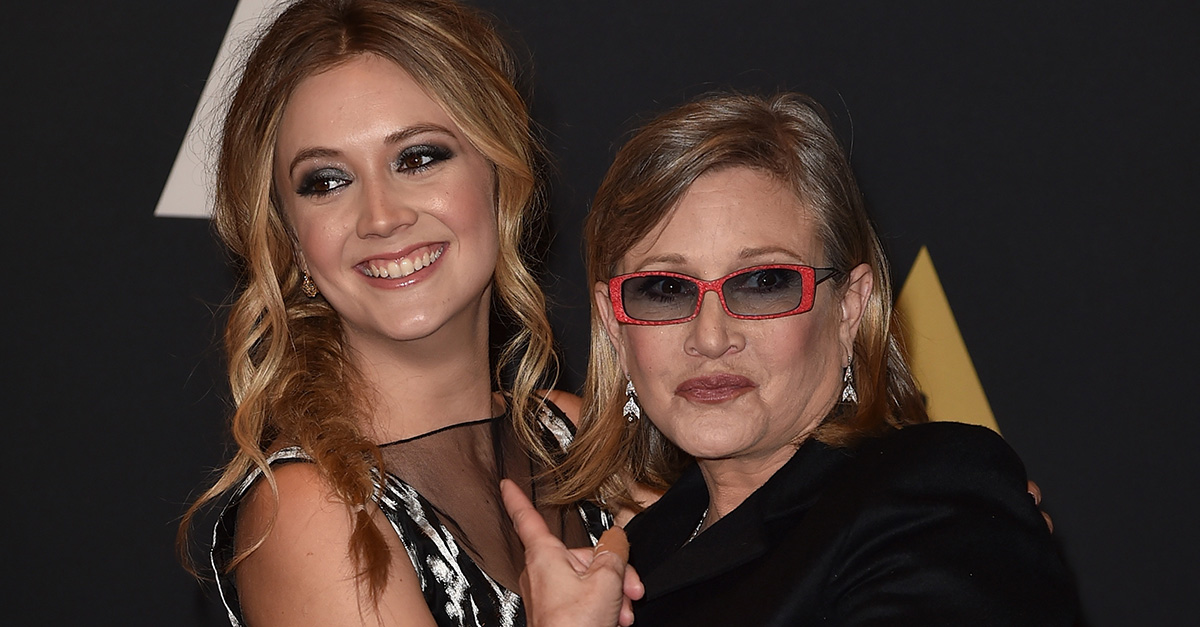 On Friday, Carrie Fisher was posthumously honored by The Walt Disney Company when they bestowed the late actress with a Disney Legends Award, the most prestigious award the organization gives out.

Fisher’s 24-year-old daughter Billie Lourd wrote an emotional acceptance speech on behalf of her mother, which was read aloud by Disney chairman Bob Iger at the ceremony.

“As far back as I can remember, my mom and I have been Disney fanatics,” Lourd wrote. “I was so obsessed with Ariel that I wanted to change my name. We went to Disneyland so much that I now realize she might have even loved it more than I did.”

She then went on to describe just how much her mother, who starred in the “Star Wars” franchise, loved Disney.

Finally, Lourd thanked everyone for the wonderful honor and expressed her sorrow at being unable to attend herself.

“I wish I could be there to accept this award on her behalf, but unfortunately, I am currently working on ‘American Horror Story,'” her speech concluded. “I am beyond grateful to Mr. Iger and everyone at Disney for this incredible honor. Thank you again, and may the force be with you always.”

Mark Hamill, who also received the same award, shared a sweet tribute to his costar Fisher during his speech, saying, “We loved each other and what a great thrill it was to come back in ‘The Force Awakens,’ at that time in our lives,” the actor told the crowd. “There was a comfort level with each other. We could rely on each other, and there was a deep respect. I know if she were here this morning, she would have flipped me the bird at least twice already.”

Mark Hamill on Carrie Fisher: "If she were here, she would have flipped me the bird at least twice already" #D23Expo pic.twitter.com/8oh8N0W8xI

RELATED: Billie Lourd and Taylor Lautner reportedly split up, but ?are still friendly?