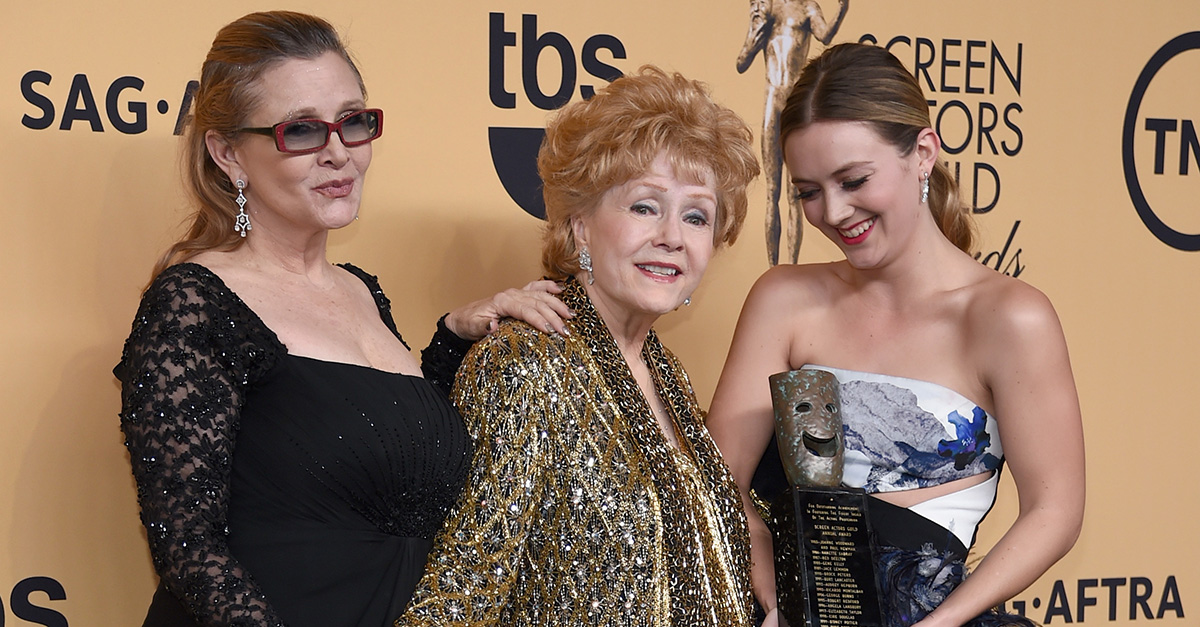 Billie Lourd is remembering her mother, Carrie Fisher and grandmother, Debbie Reynolds one year after their unexpected deaths.

Lourd took to social media in the days marking the one year anniversary of their deaths with beautiful tributes to Fisher and Reynolds. In one photo, a young Reynolds was posed with her baby girl in a black and white image that Lourd captioned, “💚🆎🅰️🌛🆎🅰️💚.”

RELATED: Mark Hamill posted a touching tribute to Carrie Fisher a year after her sudden death

To remember her mother, Lourd made a special trip to Norway to see the Northern Lights, which she documented for fans in a separate post to Instagram on Dec. 27.

“My momby had an otherworldly obsession with the northern lights, but I never got to see them with her. We journeyed to northern Norway to see if we might ‘see the heavens lift up her dark skirts and flash her dazzling privates across [our] unworthy irises.’ And she did. I love you times infinity,” she shared in honor of her mother.

Fisher died last year after suffering a heart attack on a plane from London to Los Angeles. Reynolds was hospitalized and died one day after her daughter’s death following a stroke.

Lourd previously opened up about losing her mother and grandmother in a September appearance on “The Ellen DeGeneres Show.”

“Yeah, it’s completely surreal. There’s no way to really explain it,” she said. “It’s so hard to talk about. I don’t know, if I say that I’m doing good, I’m too happy. And if I say that I’m not doing good, then I’m a mess. So it’s really hard to know what to say about it, because it is just so surreal and impossible to deal with.”