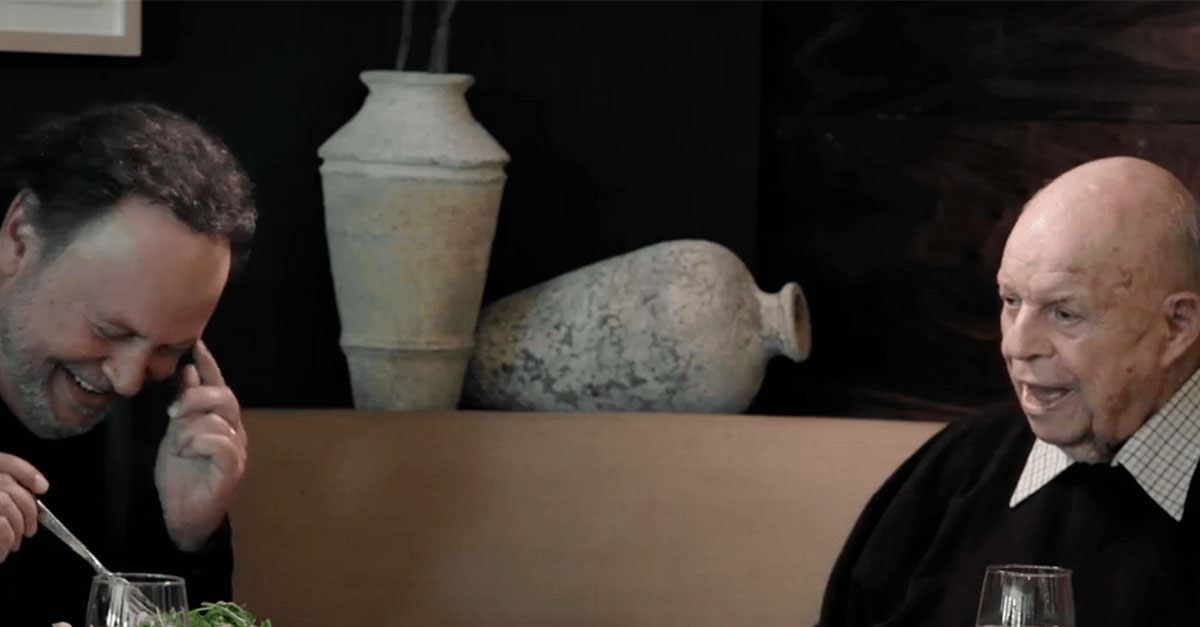 Don Rickles, or as he was more affectionately known, “Mr. Warmth,” entertained us for decades. He graced us with insults well past the average age of retirement. He was an equal opportunity offender and that was his charm. Rickles didn’t let anyone off the hook. He insulted presidents, athletes, and everyday people in the audience.

Rickles was beloved not only by his fans but also by fellow entertainers. Comedian Billy Crystal had the privilege of having dinner with Rickles when he was a spry 90-year-old and the pair chatted about each other’s careers. Crystal wanted to know why Rickles wasn’t part of the Rat Pack since he was such good friends with Frank Sinatra. Mr. Warmth had a simple answer: he was too talented for them!

Billy told a funny story about how he won $1,000 in a bet about Rickles. Billy bet Robin Williams that Don Rickles would slap someone in the face during his performance in a telethon for the homeless. Mr. Warmth did exactly that as Robin Williams laughed in shock.

The video below is both funny and endearing. It’s a must watch for anyone who appreciates the legends of yesteryear!

Boy, Billy Crystal couldn’t get away with wearing blackface as Sammy Davis, Jr today. The political correctness police would never allow that. Back then, people weren’t sensitive to such things. He was pretending to be Sammy, so he needed to look like Sammy!

Rickles was an entertainer like no other. It was an honor to be insulted by him. He was the heavy hitter who was often the last entertainer for Dean Martin’s Roasts. That’s because they knew he was reliable and hysterical. When Rickles batted last, you knew the show was ending with a home run!

If you enjoyed this, click here to see Don Rickles and Frank Sinatra on The Tonight Show!