Billy Joel Won’t Sell You a Front Row Seat, But He Might Give You One 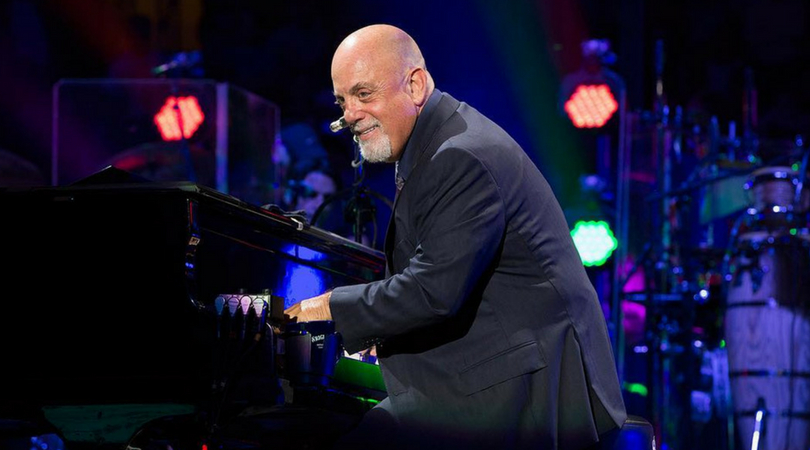 It’s no secret that concert tickets are expensive. Think about it, they usually cost us either an arm or a leg, sometimes both if it’s a well-known artist. This is the exact reason Billy Joel has got your back. In a recent interview with Billboard, the six-time Grammy winner said he never sells front rows seat tickets. Yes, not only does the 33 Top 40 hit artist have over 150 million albums sold, but he also has a heart of gold!

The singer explained that he usually never sells front row tickets due to getting tired of scalpers taking advantage of his fans. Basically, he hates how these scalpers sell them for ridiculous amounts of money. The Just The Way You Are singer also commented on how at times he would look down on stage and see “rich people sitting in the audience,” puffing on cigarettes, comparing them to “gold chainers” demanding to listen to Piano Man. One of the reasons he got frustrated with them was due to them not being real fans. Meaning, he would much rather have loyal fans cheering him on throughout the night.

They don’t stand up, make noise, sit there with their bouffant haired girlfriend lookin’ like a big shot. I kinda got sick of that, who the hell are these people, where are the real fans? It turns out the real fans were always in the back of the room in the worst seats.

Who sits in the front row?

The short answer here is…his biggest fans. The 69-year-old singer stated he hands the front row tickets to his road crew. Before the show, they tend to scout in the back of the room when the audience comes in the venue and get people from the worst seats, bringing them to the front row. Although, let’s be honest for a minute. No seat is a bad seat whenever you are at a Billy Joel concert, but hey, I’ll take a front-row seat any day!

Joel explained how for years he has tried to beat out scalpers, and hold off selling the tickets until the last-minute to fight the secondary market. The singer stated, “We don’t want to play to big shots, I want to play to younger people, people who can only afford a low ticket price. They make the best audience, they make the most noise, they’re the most enthusiastic. It’s just hard to get to them any more. I tell the audience every night, “I hope you didn’t pay more than face value on that ticket, because we ain’t worth more than that, and you ain’t gonna get any more than that.”

Usually, his ticket prices run anywhere from $100 to $150. Scalpers are known to sell tour tickets on the secondary market for more than 5 times the regular price. Meaning, if front row seats were $100 or $150, the seller gets a profit of $500 up to $1000 depending on the time of the sale. Joel stated this could possibly be due to tax revenue on the secondary ticket markets. The people selling tickets have to pay tax on it, which means they need to boost up the price. Yet, a lot more money goes to the government that there would be based on ticket prices, which is why there needs to be stricter scalping laws.

Will Billy Joel really give front row tickets away?

Well, it’s not entirely clear as to what extent the singer has personal control over his sales or the arrangements for certain tours. But, Joel explained his reason for touring and helping out these individuals is to provide the best audience for the audience itself. Usually, the people who attend the concert and are given the front row tickets by Joel’s crew are the ones dancing the most, making the most noise, and are the most enthusiastic. I mean, I would be too if I had nosebleed seats to Billy Joel.

What do you think? Should anti-scalping laws be stricter when it comes to tickets and scalpers? Will you yell even before the concert starts next time you go see him live, just to see if you get those front row tickets? I sure will, catch me in the front row singing my life away.