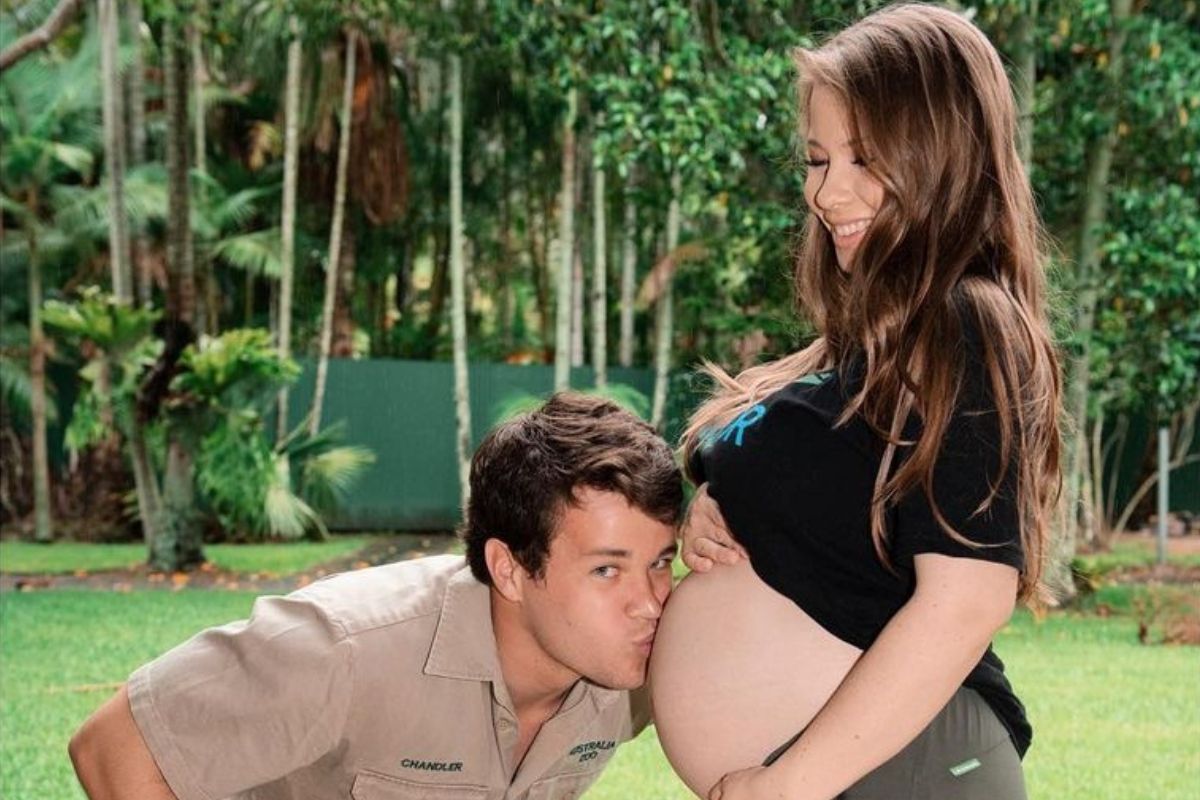 Bindi Irwin’s baby wildlife warrior has arrived in the world. The 22-year-old Crikey! it’s the Irwins star and her husband Chandler Powell welcomed their first child together, daughter Grace Warrior Irwin Powell. The couple announced the birth on March 25th on their Instagram. The new parents, who got married back in March 2020 shared several photos of the newborn. On Friday morning, Bindi, who is the daughter of the late Steve Irwin, shared details about welcoming the baby girl in an Instagram post that featured a photo of her and Chandler holding Grace and another of a baby blue onesie with a koala bear on the front. The name is said to honor her late father.

Through her heartfelt caption, Bindi wrote, “March 25, 2021. Celebrating the two loves of my life. Happy first wedding anniversary to my sweetheart husband and day of birth to our beautiful daughter. ?? Grace Warrior Irwin Powell. Our graceful warrior is the most beautiful light. Grace is named after my great-grandmother, and relatives in Chandler’s family dating back to the 1700s. Her middle name, Warrior Irwin, is a tribute to my dad and his legacy as the most incredible Wildlife Warrior. Her last name is Powell and she already has such a kind soul just like her dad. There are no words to describe the infinite amount of love in our hearts for our sweet baby girl. She chose the perfect day to be born and we feel tremendously blessed.”

In the photos, the parents revealed that their bundle of joy was born at 5:52 p.m. and weighed 7 lb, 7 oz measuring 20 in. long. Chandler also shared the same photos writing his own caption about welcoming his first daughter into the world. He stated, “Grace Warrior Irwin Powell. After waiting for you to arrive for the last 9 months, finally meeting you has been the best moment of my life. You have a big life ahead of you and no matter what, you will be surrounded by a whole lot of love. Thank you for gracing your beautiful mother and me on our wedding anniversary, so excited to have you home??”

Bindi first announced her pregnancy on Instagram back in August and kept fans up-to-date about her experiences about becoming a parent. As New Year’s Eve approached, that former Dancing with the Stars star posted a heartfelt tribute to her husband, sharing that she was excited about her soon expanding their family together. Prior to that, she honored her little brother, Robert Irwin. She shared that he would soon make for an outstanding Uncle.

Robert Irwin is an Uncle!

She noted, ?shout out to my little brother (who definitely isn’t little anymore) for being such an incredible friend. You’re always there for me and I know you will be the best uncle when baby girl is born. Love you.? Reacting to the news of her pregnancy, her mother Terri Irwin shared in August that her late husband would definitely be proud of her becoming a mom. Steve Irwin, aka the Crocodile Hunter, was tragically killed during a diving expedition off the West Coast of Australia back in September 2006 at the age of 44.

Watch: Steve Irwin?s Son Freaks Kevin Hart Out So Much with His Animals, It?s Bust-a-Gut Hilarious