In his solo debut on “The Tonight Show Starring Jimmy Fallon,” Robert Irwin, the 13-year-old son of the late Steve Irwin, carried on his father’s legacy when he brought several wild animals onto the show, including a crocodile, a boa constrictor, a sloth, and an armadillo.

“It’s so cool to see you like this,” Fallon told him. “You’re actually your dad.”

“I think I’m the luckiest kid on Planet Earth,” Irwin said, recalling his childhood days spent at an Australian zoo. “My dad was actually on ‘The Tonight Show’ quite a while ago and its really nice to be able to follow in his footsteps.”

RELATED: Steve Irwin’s son makes his “Tonight Show” debut and reminds everyone of his late father

His older sister Bindi was equally excited, posting on Instagram side-by-side images from both her brother’s appearance on the show and her father’s.

“Tears in my eyes. So proud of @robertirwinphotography,” she wrote as the caption. “You are more and more like Dad every day. I’m forever thankful to be your sister.”

The 18 year old also shared a picture featuring her, boyfriend Chandler Powell, Robert, mother Terri, and two workers from the family’s zoo in the greenroom before the show.

RELATED: Bindi Irwin shares an adorable photo of her parents as an example of “true love” 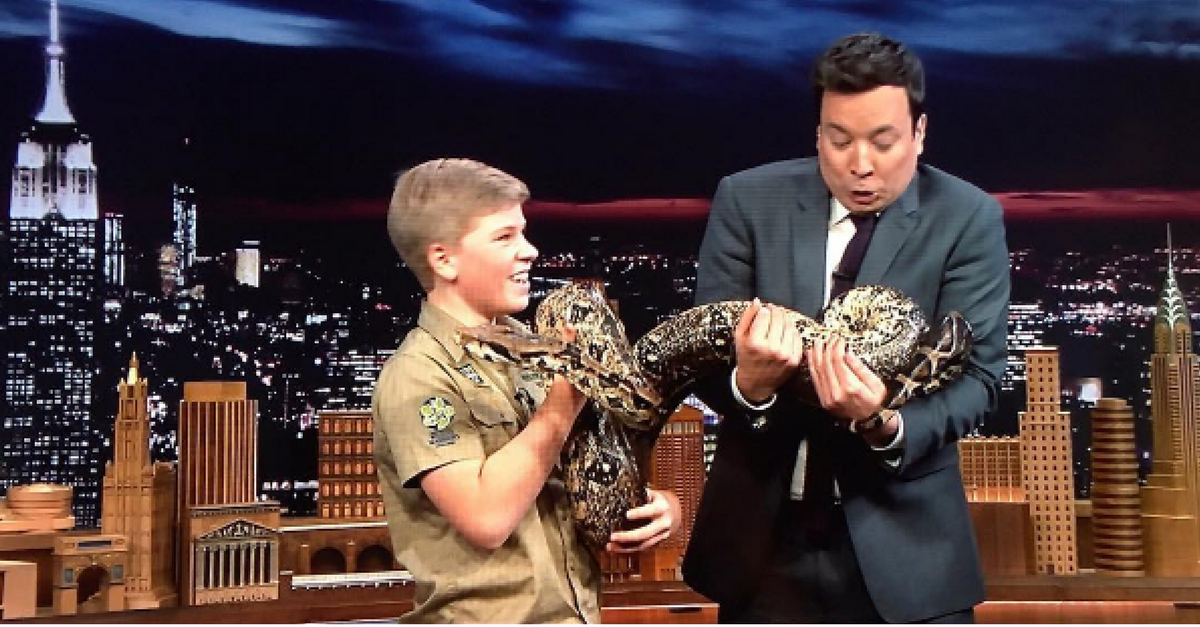