Bindi Irwin’s boyfriend put a ring on it…kind of.

In honor of International Diamond Day Saturday, Irwin shared a picture of herself and boyfriend Chandler Powell wearing very special “diamond” rings to celebrate the occasion.

“When diamonds are out of your budget … buy ring pops instead! Just found out that it is #InternationalDiamondDay!” she captioned the sweet photo, in which she’s sporting a huge Ring Pop on her left ring finger.

Irwin, 19, and Powell, 20, may not be engaged yet, but the couple still gushes over each other on social media frequently.

“Being in love is the greatest adventure of all,” the daughter of late Steve Irwin captioned a photo of her hugging Powell last month.

A few days later, she shared another picture of them holding hands and shared a beautiful poem along with it, which reads:

When it comes
to love
do not ever
settle
for anything
less than magical.
– S. Khan

The pair has been dating since 2013 when they met at Irwin’s family zoo, and they’ve continued to make things work long-distance while she remains in Australia and he attends the University of Central Florida. Maybe a proposal is coming after he graduates? Fans can only hope! 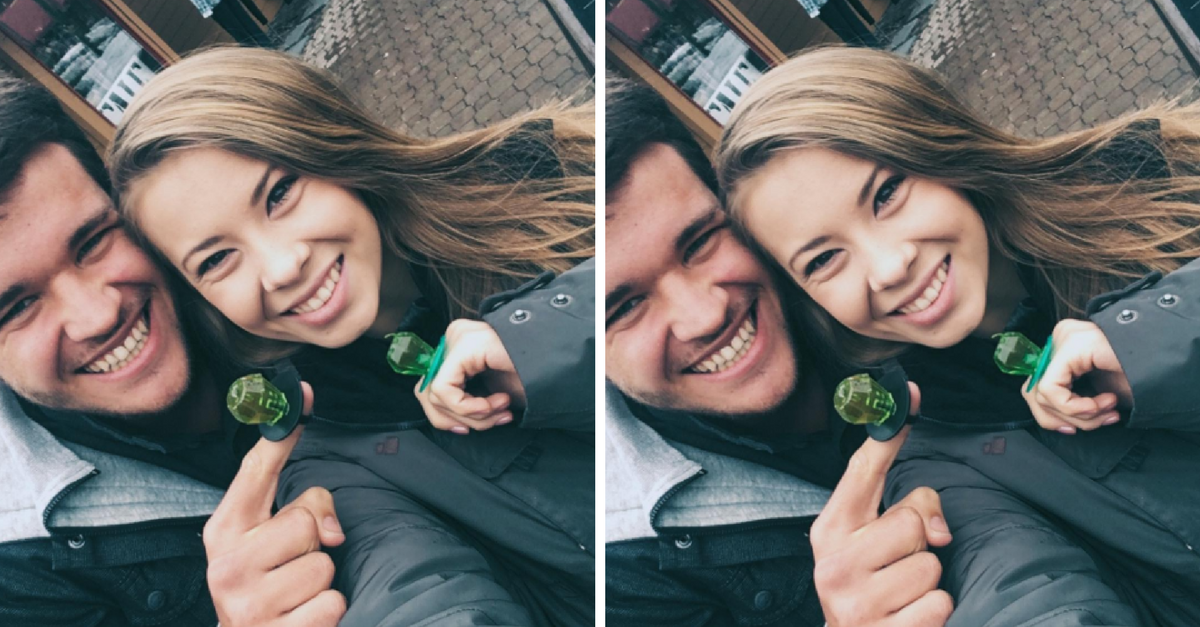