On Monday, Chyna appeared on “Good Morning America” for an exclusive interview with her attorney, Lisa Bloom, and “GMA” journalist Linsey Davis.

“I was devastated. How could somebody post these pictures of me?” Chyna said of the first time she saw the photos. “This is a person I trusted, and I felt betrayed.”

Kardashian went on a social media rampage last week and accused his former fiancée of cheating on him in the course of their relationship and claimed she had problems with drug and alcohol abuse. Kardashian went on to claim that he paid for $100,000 worth of cosmetic surgeries for Chyna and accused her of giving birth to their daughter, Dream Kardashian, in order to get back at her ex, Tyga, who was previously dating Kardashian’s half-sister, Kylie Jenner.

“No one was out to make a baby out of spite,” Chyna stated during the interview.

When it came to actually hiring Bloom and pursuing legal action again her ex, Chyna said the decision came after she talked to Kardashian.

“If you don’t respect me, you have to respect the law,” she said of her decision.

Since the online scandal, Chyna said the Kardashian family has not reached out to apologize on behalf of Rob or offer their support. Davis also addressed the previous claims that she was using the famous family to bring more exposure to her own brand.

Chyna seemed to laugh off those claims by confidently responding, “I was always Blac Chyna before the Kardashians.”

Davis also inquired about previous sexy modeling photos Chyna has been known to post. Chyna and her attorney both had something to say on the matter.

“I can do whatever I want, it is my body,” Chyna said of the matter.

“It’s her body, it’s her choice. Each and every time,” Lisa Bloom added.

At the start of Kardashian’s rant, it seemed that a particular video of Chyna kissing another man was the breaking point for him. Chyna explained that she decided to send her ex the sultry clip after she “snapped.”

“Maybe if I send this video to him, he will just leave me alone,” she said, adding that the couple broke up in December. She also denied being with him since, as he previously claimed.

Since hiring her attorney, Chyna has decided to go forward with a temporary restraining order against Kardashian. Bloom and Kardashian’s attorney, Robert Shapiro, are reportedly set to face off on Monday. Shapiro will not block the request for a restraining order but will make it clear to the judge that his client will not share any more explicit photos or share any of Chyna’s personal or medical information.

“I would like to say something to all of the women out there; if one person speaks up, maybe it will be a domino affect,” she said.

Chyna is reportedly still planning to keep joint custody of their daughter and said there is no chance of a reconciliation in the future. 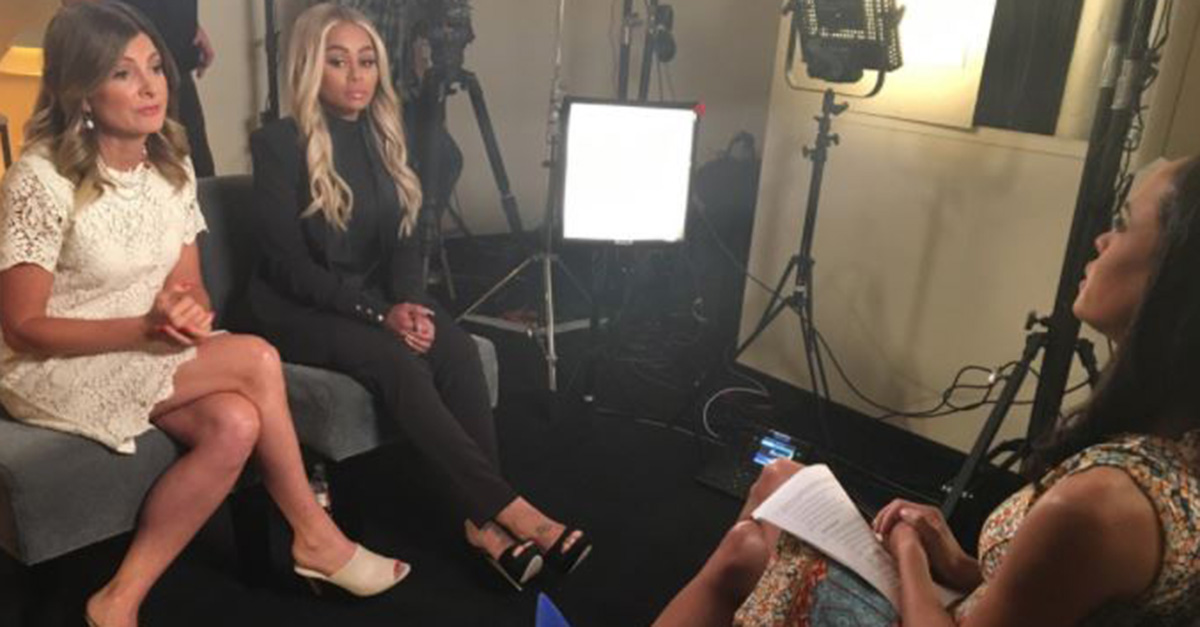