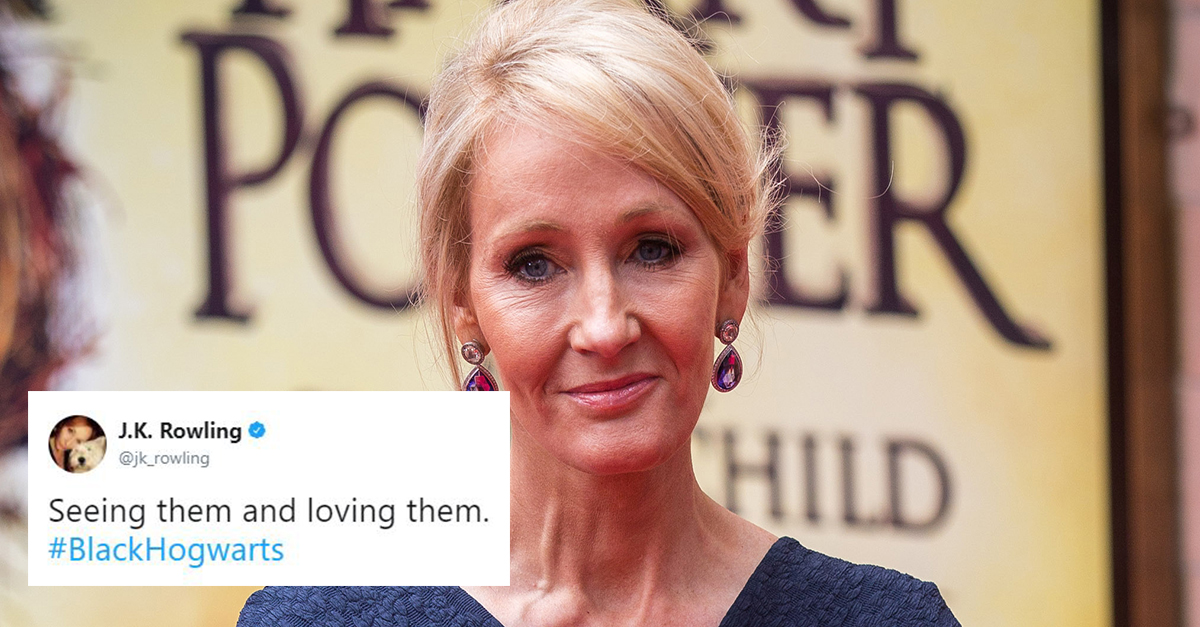 The Harry Potter universe is already responsible for one of the best book-turn-movie experiences ever since it was published back in 1997. Author J.K. Rowling is a certified legend (and billionaire), and with all the new additions to the series (a theme park, forthcoming films, video games, etc.), it’s a wonder that fans could add to the universe. But that’s just what they did in a hilarious meme taking Twitter by storm.

Fans of the series took to social media using the hashtag #BlackHogwarts to hatch up the comedic events of a Potter-world combined with black culture. Featuring hilarious gifs reacting to things like, getting a “howler” from mom or being sorted into a house using a durag, it was everything.

When you get to Platform nine and three quarters and you realize you have to run though a wall to board the train. #BlackHogwarts pic.twitter.com/NjGpCmZzhB

This user knew that, like Viola Davis in “HTGAWM,” they wouldn’t be putting up with running through walls.

LaVar Ball would fit right in on the champion team — or maybe just his sons.

Biggie and Tupac could finally tell us who killed them.

Sorry Snape; Queen Bey would make an epic Defense of the Dark Arts teacher. Only if Angela Basset’s Marie Laveau wasn’t available that is.

When you fail your spells exam even after you used a cheating spell to pass #BlackHogwarts pic.twitter.com/ar9TZ9Zr8K

It only counts as cheating if you DON’T fail, right?

RELATED: A computer just wrote a brand-new “Harry Potter” chapter — and fans are loving it

When you catch the homie having secret meetings with Lord Voldemort #BlackHogwarts pic.twitter.com/t2pAaEzH2X

You didn’t deserve it Dobby. #RIP

When Harry thought he died in deathly hallows and he saw Dumbledore #BlackHogwarts pic.twitter.com/IApr5z7gMj

Some even tried to make a hypothetical movie cast, with actors like Idris Elba as Sirius Black, Donald Glover as Harry Potter and Rihanna as Nymphadora Tonks.

Finally, the queen of Harry Potter herself chimed in on the hashtag in response to a fan who asked her how about her thoughts on the jokes.

“Seeing them and loving them,” she replied. With that seal of approval in order, perhaps we’ll be seeing a whole new Hogwarts on screens soon. Fingers crossed!