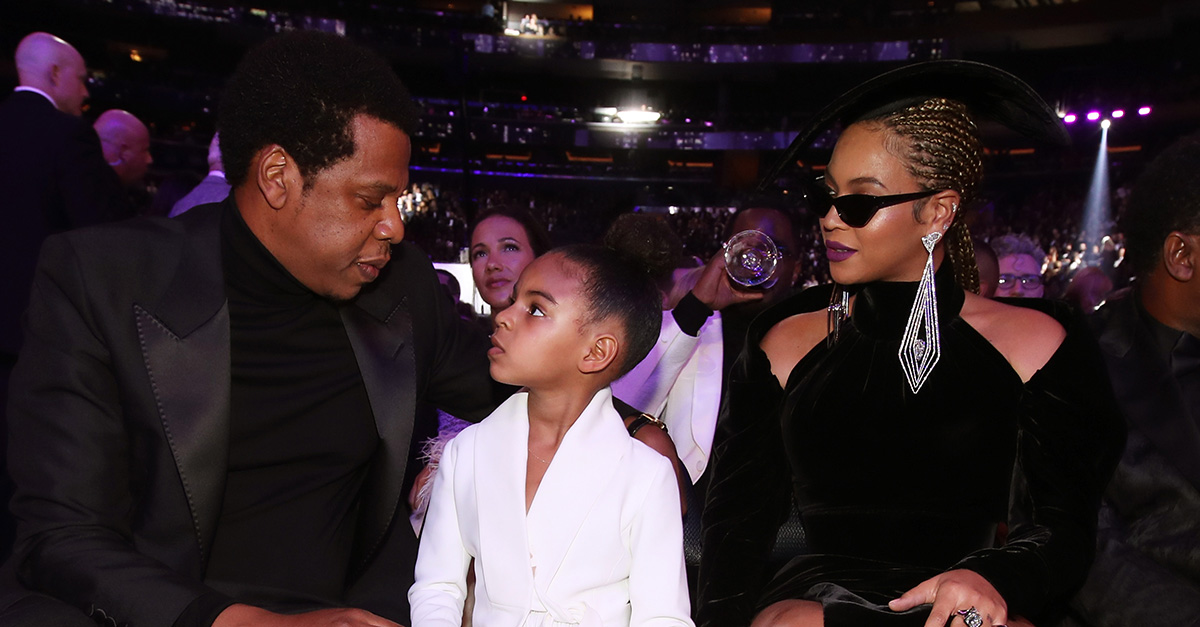 Some of the biggest names in the music industry brought along their mini-mes to Sunday night’s Grammy Awards. Pink’s adorable daughter Willow met her idol Rihanna backstage, while DJ Khaled’s mogul-in-the-making toddler Asahd mingled on the red carpet. Then there was Blue Ivy Carter, who stole the show with a simple gesture toward her famous parents.

RELATED: Chrissy Teigen made the announcement about her unborn baby fans have been waiting for

The 6-year-old heir to (two-thirds of) the Beyoncé and Jay-Z empire set the Twitter-sphere ablaze when she innocently put a swift end to her parents’ applause during a speech by singer Camila Cabello. While the tyke’s actions were, undoubtedly, innocent, watching her wield power over two of the world’s most well known names had fans falling over themselves with laughter.

And, of course, the memes were aplenty.

“Blue told Hov & Beyoncé to chill. They embarrassing her,” joked one Twitter user.

Blue told Hov & Beyonce to chill. They embarrassing her.

Another teased about Blue about bossing her newborn siblings, twins Sir and Rumi.

“I know Blue be giving those twins HELL! ?,” they wrote.

i know Blue be giving those twins HELL! 😂

Blue to Jay and Beyoncé: pic.twitter.com/kcbZZBkLmj

Blue Ivy is the only person who can tell Beyoncé and JAY-Z to calm down. A LEGEND. #GRAMMYs pic.twitter.com/R0dD514kb3

“Blue Ivy is the only person who can tell Beyoncé and Jay-Z to calm down. A LEGEND,? one fan noted of the iconic moment.

The Carters made a much anticipated appearance at the 2018 awards to see if patriarch Jay-Z — aka Shawn Carter — would be taking home any trophies for his latest album “4:44,” which, among other topics, addressed his infidelities within his marriage to the “Lemonade” songstress. Unfortunately, he went home empty handed, but we got to enjoy this adorably awesome moment.

RELATED: Pink traded in a death-defying performance for a tearjerking ballad at this year?s Grammys