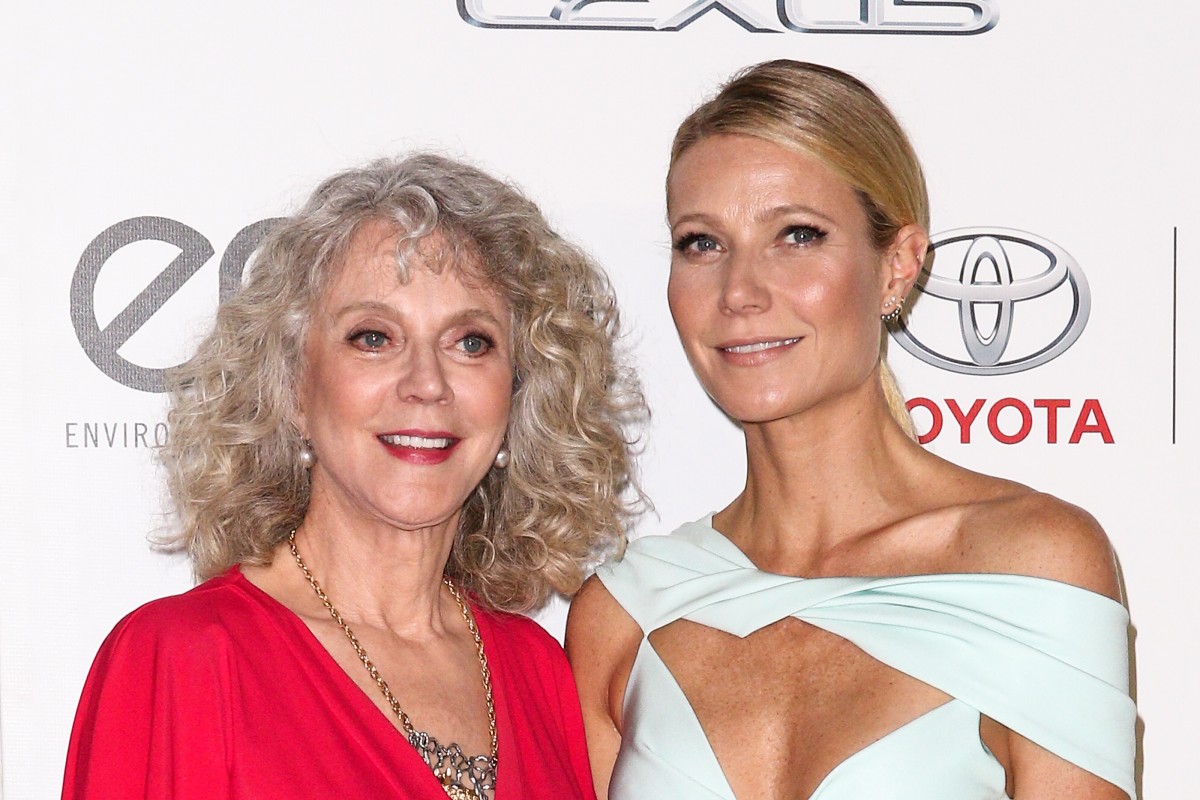 The beautiful pair of American actresses have always shared a close relationship. And, according to Blythe, she is incredibly proud of the mother Gwyneth has become.

Blythe Danner Gushes About Her Daughter

The former Will & Grace cast member discussed her daughter’s parenting skills during an interview with US Magazine. According to Blythe, the Iron Man star and Goop creator is an “incredibly caring” and “incredibly patient” mom to her two kids, Moses and Apple Martin. Gwyneth shares custody of her children with her former husband Chris Martin.

Blythe Defends Her Daughter Against Haters

Blythe even comes to her daughter’s defense in the face of her many critics. In an interview with People, the Meet the Parents star said, “I just think maybe people are overwhelmed. They can’t understand how people could be so good at so many things.”

She continued, “Not only is Gwyneth one of the most brilliant actresses in the world – and I really am hoping she will do more of it when the kids get older – but she is a successful businesswoman and she is a good cook,” Danner continues. “I think all of that overwhelms some people. I’m really proud of her. She handles herself well.”

Today, Blythe lives right around the corner from her daughter and grandchildren. Before the COVID-19 pandemic, Blythe was able to visit her grandkids every day.

Looking Back at Blythe Danner’s Life

She may be best known today for being Gwyneth Paltrow’s mother, but Blythe Danner has had quite a career of her own.

Blythe was born in Philadelphia, Pennsylvania, to Katharine and Harry Earl Danner, a bank executive. Danner earned a degree from Bard College in New York state. After college, she headed to New York City, where she kicked off her career as a stage actress. Her debut role on Broadway was a major role in the play Butterflies Are Free. Over the next three years, Blythe landed acting roles in TV shows and Hollywood movies, before taking a brief break in the ’80s to raise her two kids with her husband Bruce Paltrow.

In the 2000s, Danner rose to celeb status after playing the role of Robert De Niro’s wife in Meet the Parents. She also landed a regular role on the TV sitcom Will & Grace. Her role on Huff as the quirky mother earned the actress two consecutive Emmy Awards.

After her husband died due to complications from throat cancer, Danner is active with the Oral Cancer Foundation. In addition to raising awareness about throat cancer, the actress is — like her daughter — passionate about environmental issues.

Watch: Gwyneth Paltrow Poses in Her ‘Birthday Suit’ For Her 48th Birthday