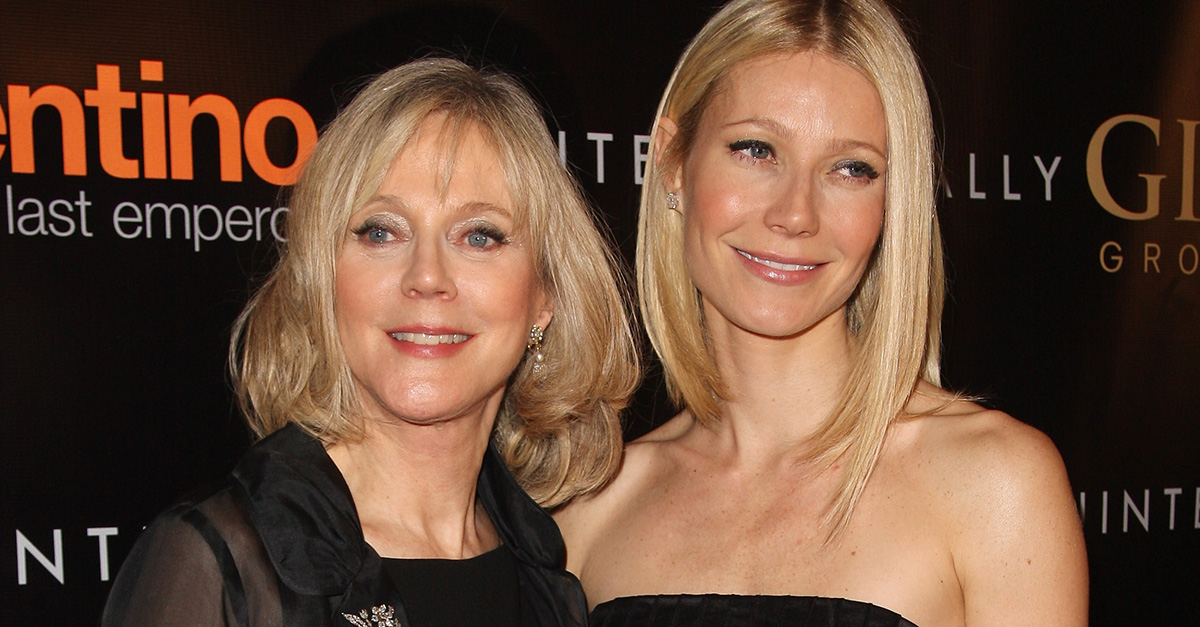 If you mess with Gwyneth Paltrow, be prepared to answer to Blythe Danner.

Danner wrote in to The New York Times this week after columnist Maureen Dowd slammed Paltrow for continuing to work with Harvey Weinstein after he allegedly sexually harassed her.

“Others whom Weinstein asked to give him a massage in his hotel suite refused but continued to collaborate, like Gwyneth Paltrow, who put aside qualms to become ?the first lady of Miramax,’? Dowd wrote, according to Entertainment Tonight.

In her own write-in, Danner wrote, “I cannot remain silent while Maureen Dowd disparages my daughter, Gwyneth Paltrow, for the manner in which she chose to handle Harvey Weinstein’s attempt at a sexual encounter when she was 22.”

“Gwyneth did not ‘put aside her qualms to become “the first lady of Miramax” back then,’ as Ms. Dowd would have it. She continued to hold her own and insist that Mr. Weinstein treat her with respect,” the actress continued. “As a longstanding member of the industry, I am much aware of the many years of its prejudiced and unacceptable behavior toward women. No one would argue that Harvey Weinstein isn’t finally getting what he deserves. But I hope that this is the point of no return where change will occur, not only in our industry but also others.”

Paltrow claimed that her ex-fiancé and then-boyfriend Brad Pitt was aware of the inappropriate behavior that reportedly occurred in 1996. Pitt’s representatives confirmed that he confronted Weinstein and reportedly told him never to touch Paltrow again.