Two months after suffering a near-fatal heart attack, “Biggest Loser” host Bob Harper is ready to talk about the incident.

On Tuesday, the fitness guru opened up in an interview with Savannah Guthrie on “TODAY” and revealed he actually died during the heart attack.

“I was in full cardiac arrest,” Harper said. “My heart stopped. Not to be dramatic, but I was dead. I was on that ground dead.”

In February, Harper was in the gym with friends when he suddenly collapsed and stopped breathing.

RELATED: Fans rally around Paris Jackson after she fires back at a critic for making fun of her weight

“I had what they call a ‘widow-maker,'” he said. “It was a six percent survival rate, and the fact that there were doctors in the gym when I had the heart attack saved my life.”

Harper revealed that he doesn’t remember a minute of that day. He was later told that a CrossFit coach was able to find two doctors who were able to perform CPR and use defibrillators on him to try to revive him before paramedics arrived.

Harper spent two days in a coma at the hospital before waking up.

“It was super scary for me because I woke up and I was so confused,” he said. “I was like Dory from ‘Finding Dory’ because I had this short-term memory, so I was reliving the heart attack over and over again,” he said. “I was like, ‘Wait, why am I here? What happened to me?’ And 10 minutes later I was asking the same thing and getting super emotional.”

Harper, who is for the most part a pillar of health said the heart attack has taught him a lot about his own health and body.

RELATED: Here’s exactly how Mama June lost nearly 300 pounds and plans to keep it all off

He added, “There were things going on inside of my body that I needed to be more aware of.”

For his recovery, Harper is going to cardiac rehab three days a week and has been taking it easy and listening to his body. He said that even though he is on right path, things have been very tough for him emotionally.

Which blood type can lead to heart attacks in men> 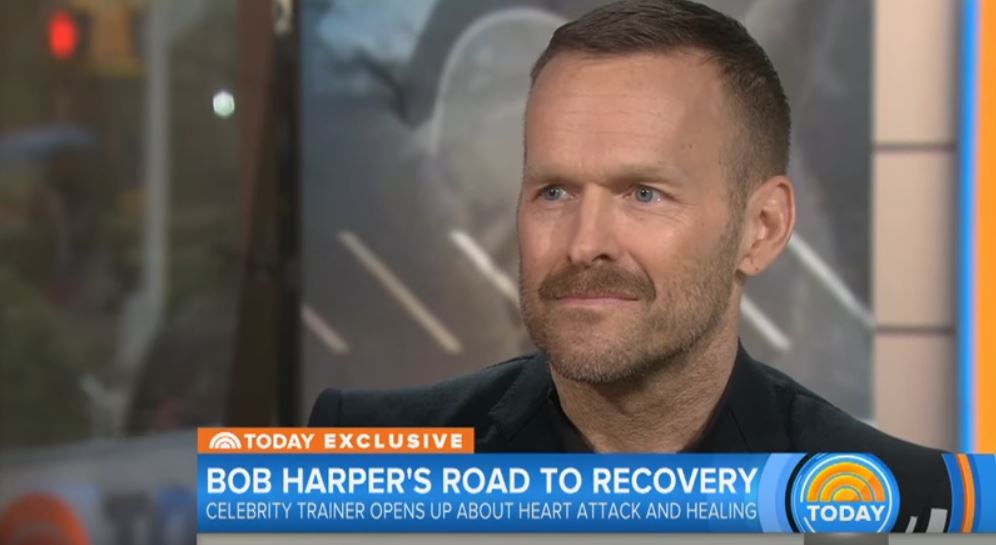