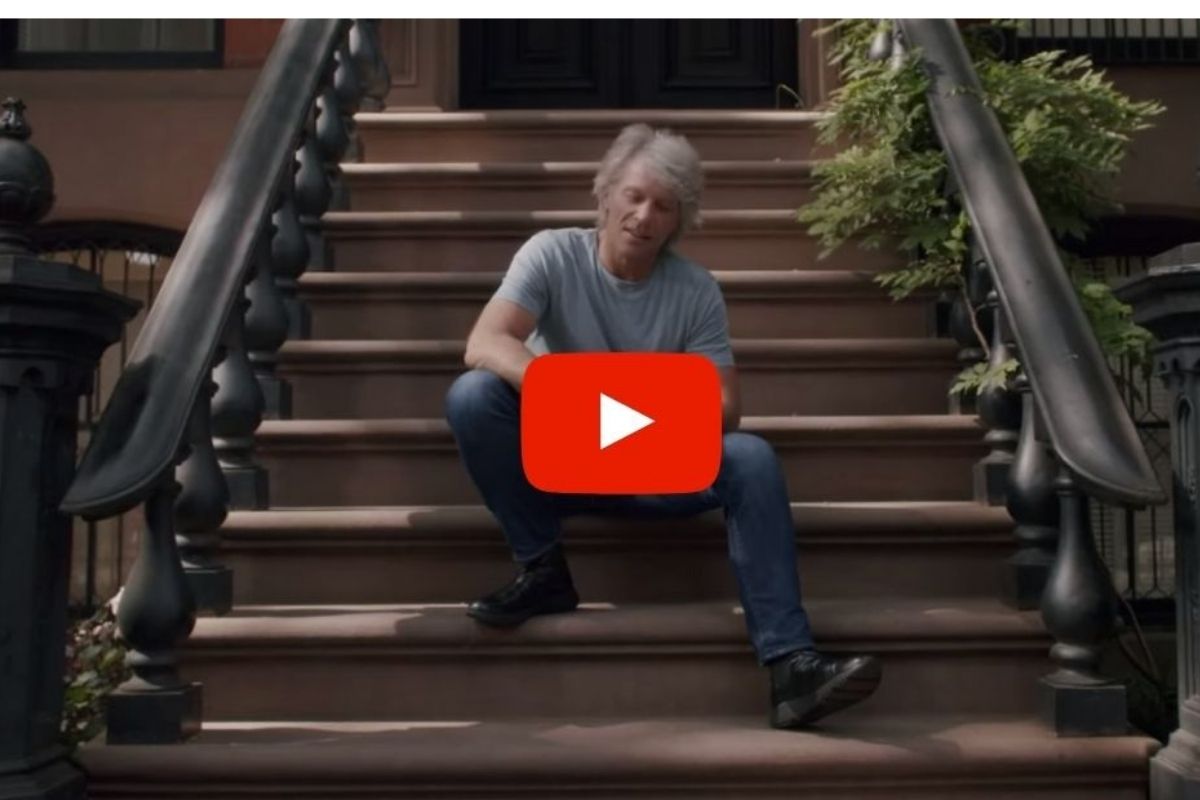 Jon Bon Jovi is at it again breaking the hearts of his fans worldwide with his new song that definitely brings a tear to our eyes. Early on in the coronavirus pandemic, a photo of the singer working at is JBJ Soul Kitchen Community restaurant in New Jersey was posted on social media with the caption, “if you can’t do what you do, do what you can.” The Soul Kitchen is a community restaurant and program created by the Jon Bon Jovi Soul Foundation, designed to ensure everyone has access to delicious and nutritious meals. To dine in, one much either make a donation or volunteer.

After the photo was posted, the 58-year-old wrote his new single, Do What You Can, the next day, and now he’s starring in the music video for the song. the video shows the pandemic through the lens of one of the hardest-hit locations, which is New York City. In the video, the singer is seen at some very iconic New York locations such as Broadway, Times Square, the stoop of a brownstone, and on the flight deck of the USS Intrepid.

Bon Jovi- “Do What You Can”

The video also shows several shots of front-line workers, people communicating through windows and doors, children learning via their homes, and people talking with their loved ones through video chat. It also focuses on family and friends, showing how people are celebrating their birthdays remotely, as well as everyday people on the streets wearing their masks as they go about the day.

Through a press release about the video, the singer stated “Shooting a video on nearly empty streets of Manhattan amid a global crisis really told the story of ‘Do What You Can’ from the place where I lived it. And I know those empty streets look similar to so many parts of America battling this pandemic. But the story of everyday heroes showing amazing courage was inspiring to see and the video, much like the song, has a great deal of hope in it too.”

Do What You Can is available everywhere now, and will appear on his new album Bon Jovi 2020 which is set to be out on October 2nd. Bon Jovi isn’t the only artist who has used their voice and their talent to support essential workers around the world. Artists like Alicia Keys, Weezer, Elton John, Mariah Carey, The Rolling Stones, Ariana Grande, Justin Bieber, Michael Buble, Luke Combs, and Bruce Springsteen have all helped either raise funds with their songs or participated in Remote benefit concerts.

Editors Note: This article was originally published on August 26, 2020.