After 40-Years, Jon Bon Jovi is Still Married to His High School Sweetheart 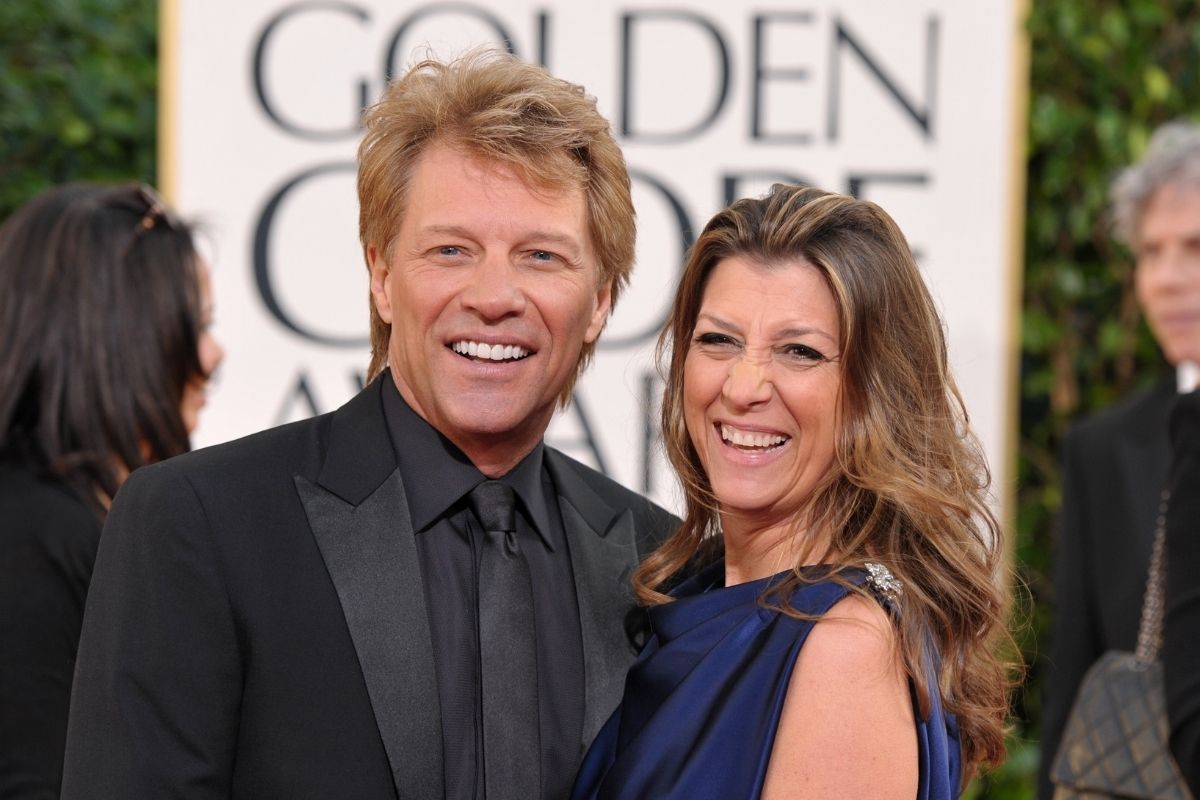 For a big-time rock star, Jon Bon Jovi’s love life is surprisingly tame. The rock-and-roll legend, founder, and frontman of the Grammy Award-winning rock band Bon Jovi has been married to his high school sweetheart, Dorothea Hurley, for 31 years. Let’s look back at their adorable Hollywood love story and get to know the lady who stole the “Livin’ on a Prayer” singer’s heart.

Jon Francis Bongiovi Jr. met Dorothea Hurley for the first time 40 years ago. The year was 1980, and the rocker and his future wife were both attending Sayreville War Memorial High School in Sayreville, New Jersey. When they met, Dorothea was already involved in a romantic relationship with his friend, Bobby. Legend has it that Bon Jovi wrote “Bobby’s Girl” during this time as a secret declaration of love to his future wife.

?Dorothea was going out with one of those guys who joined the service,” the guitarist recalled in an interview with Best Life. “He left town, and hey, you know the five-second rule when you drop a piece of toast on the ground? I gave him three weeks. We started dating, and that was the end of that.?

Jon and Dorothea took things slow. It wasn’t until after nine years of dating in 1989 that the songwriter popped the question. Bon Jovi had been performing at the forum in Los Angeles. “We were staying at the St. James’s Club, which is that beautiful art deco hotel on the Sunset Strip across from the old Hyatt House,” the rocker told Best Life. “I pulled the curtain back in my room, and there’s a billboard of me staring right back.”

He continued the story: “I turned to Dorothea and said, ‘I got an idea. Why don’t we go right now?’ She said, ‘You’re out of your mind.” I said, “Come on. What’s better than this, right now, this moment?” And so the two lovebirds eloped to Las Vegas without telling anyone. “We took a little shuttle plane, jumped in a cab, and didn’t even stay the night,” the Rock and Roll Hall of Fame inductee remembered. The cab driver was their witness, an Elvis impersonator was their officiator.

So who is Dorothea Hurley?

Unlike her uber-famous husband, Dorothea Hurley has managed to stay more or less under the radar over the course of their 40-year marriage. So what do we know about this mysterious lady? As it turns out, Dorothea is a force to be reckoned with. As a fourth-degree black belt, Dorothea is a karate champion turned karate instructor.

When she’s not teaching karate, Dorothea helps run the Jon Bon Jovi Soul Foundation The organization fights poverty and homelessness with JBJ Soul Kitchen, a pay-what-you-can restaurant that lets you pre-purchase meals for patrons unable to donate. Jon describes his wife as “the glue” that keeps their relationship together. ?I?m the crazy visionary with all kinds of things flying, and the seams are all splitting,” he told People. “She?s the one following me with the glue and the thread and needle, keeping it all together.?

Decades after falling in love, Mr. and Mrs. Bongiovi are still going strong. They are proud parents of four children: Romeo (age 16), Jacob (age 18), Jesse (age 25), and Stephanie (age 27). The family has always been close, but the coronavirus pandemic has brought them even closer together. When the COVID-19 pandemic began to devastate New York City, Jon and Dorothea left Manhattan with Romeo to quarantine in their home in Red Bank, New Jersey. Their older children joined them, and the whole family lived together for about a month.

“We spent more time in that house than we have in over a decade,” Jon reported in an interview with Yahoo News. Even though he enjoys spending time with his kids, the couple is “definitely looking forward” to having more alone time when Romeo, graduates ? or, “As Dorothea says, graduating the 12th grade for the fourth time.” Jon joked. So what’s the secret to their long-lasting marriage? ?We work hard at it, but we enjoy each other and we never fell for the trappings of what celebrity can do,? Bon Jovi told People.