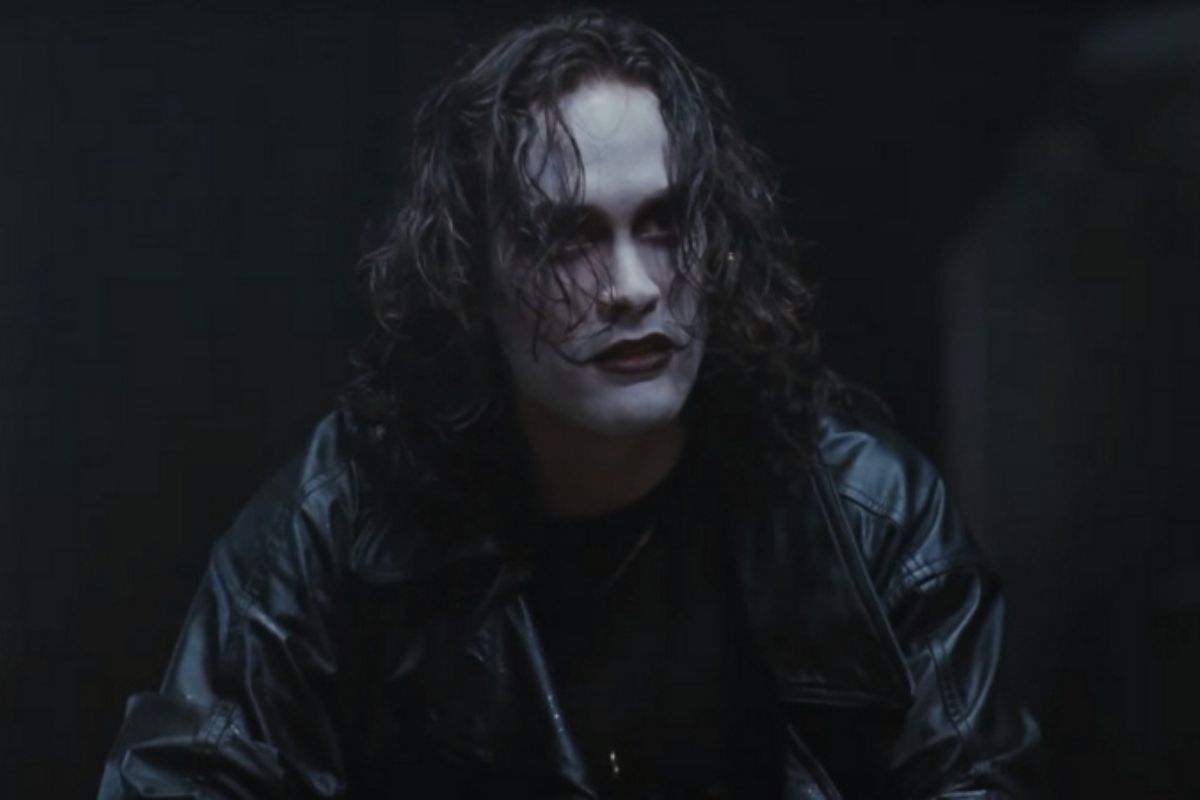 Actor and martial artist Brandon Lee, son of Bruce Lee and Linda Lee, was born in Oakland, California in 1965. Early on, it was clear that little Lee had inherited his father’s acting and martial arts skills. But, some speculate that he was also passed along more than just his physical skills. Brandon, just like his father at the time of his death, was working on what would have been one of the biggest movie roles of his career. Unfortunately, days before completion, he died a tragic death which made many people believe the Lee family was cursed.

From a young age, Bruce Lee’s son Brandon Lee was learning kung fu, Muay Thai, wrestling, jiu-jitsu, and boxing. But as a young adult Lee decided to find his own path and started to vigorously go out for acting roles. Being chased by his fathers legacy, one of the first roles he was offered was the lead in “Dragon: The Bruce Lee Story,“ a biopic about his father. He ultimately decided to turn it down.

It took a little while but he started to make his own way in Hollywood. In 1986, he starred in ABC’s Kung Fu: The Movie and shortly afterward, Legacy of Rage, a Hong Kong action film. He returned to the Kung Fu series for the spin-off Kung Fu: The Next Generation and then his second film, Laser Mission by Warner Brothers. In 1991 he acted in Showdown in Little Tokyo and in 1992, Rapid Fire. But his big break came a year later with the notorious adaptation of James O’Barr’s comic book The Crow.

Lee landed the lead role of Eric Draven in Alex Proyas’ The Crow, beating out Johnny Depp and Charlie Sexton. Producers wanted the appeal of a rock star for the lead, but Lee won out due to his martial arts skills and experience. The Crow tells the story of Eric Draven, a man who is murdered along with his fiancee at the hands of a street gang. He miraculously comes back to life to avenge their deaths, a year to the date, guided by the spirit of the Crow.

The Accidental Death of Brandon Lee

Nearing the very end of the filming of The Crow, Brandon Lee died on the movie set. While shooting in North Carolina, Lee was acting out the scene where Eric Draven die after being shot by Funboy, a gang member played by actor Michael Massee. The scene called for Lee’s character to be shot in the chest when he walks into his apartment carrying a grocery bag. A decoy explosive was supposed to deploy in the bag.

By mistake, there was a piece of a dummy bullet stuck in the barrel of the .44 Magnum Smith & Wesson Model 629, and when the intended blank was fired from the prop gun, the fragment struck Brandon. Everybody thought the scene was running as normal until “cut” was called and Lee wasn’t responsive. He was rushed to New Hanover Regional Medical Center for surgery. He died after several hours of surgery on March 31, 1993, at just 28 years old. He was buried alongside his father in Seattle’s Lake View Cemetery.

After the tragic accident on set of The Crow, several rumors made its rounds believing his death was no coincidence. One of the most outrageous rumors was that several suggested Lee was intentionally murdered by the same Chinese Mafia that had “supposedly” caused the sudden death of his father in 1973. People believe this was Bruce Lee’s punishment for exposure of ancient martial art secrets on camera. Others alleged that the movie star’s death was organized by the Hong Kong movie industry, angered by his refusal to work in their films. But I think we can all agree that these are basically conspiracy theories since the sound way too crazy to be true.

The Curse of ‘The Crow’

The shot was considered an accident, but the scene was not used — for obvious reasons. To finish the film, the death was rewritten and a stunt double was used to film a new death scene. Paramount Pictures, the original studio, dropped the film. It was eventually picked up by Miramax, which embraced the controversy, advertising the project as Lee’s final film. It was dedicated to actor Brandon Lee and his fiancée, Eliza Hutton. Despite the sensationalization, the film performed modestly at the box office but was considered a sleeper hit. It’s now a cult classic.

Coincidentally, Brandon was not the only person to die during the filming of this movie. Many crew members died strange and accidental deaths during the filming of this The Crow. Maybe it was strange juju attached to the film or to the locations. Some believe it may have even the film. Maybe it was truly just dumb luck. Whatever it was, the fact that The Crow was such a success after winning awards, accolades, and a crazy loyal following, surely makes those we lost in the process very proud.