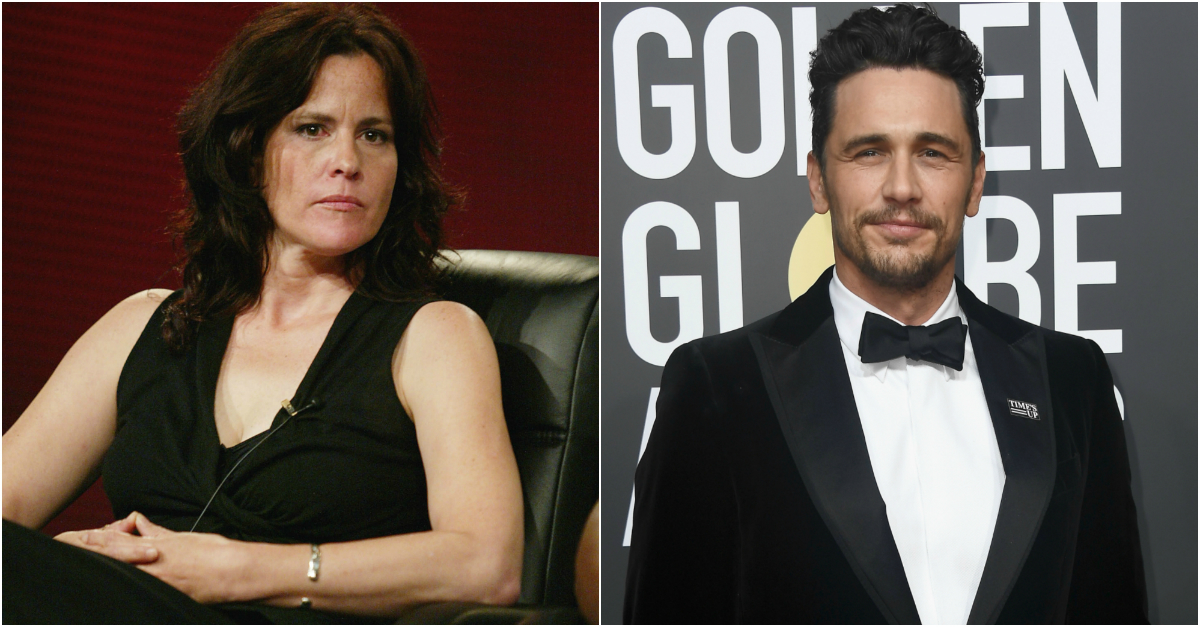 “Why is a man hosting? Why is James Franco allowed in? Said too much. Nite love ya #goldenglobes,” the 55-year-old actress wrote in the first of a series of since-deleted tweets, as reported by The Cut.

In her follow-up Tweets, Sheedy appeared to imply that Franco’s behavior had influenced her decision to leave show business behind, leading many to speculate that Franco may have acted inappropriately toward Sheedy during the pair’s collaboration on the off-Broadway production of “The Long Shrift” in 2014 — which Franco directed and Sheedy acted in.

“Ok wait. Bye. Christian Slater and James Franco at a table on @goldenglobes #MeToo,” the “Short Circuit” actress wrote in a tweet that also appeared to implicate actor Christian Slater. “James Franco just won. Please never ever ask me why I left the film/tv business.”

Franco picked up the Golden Globe for Best Actor in a Motion Picture Musical or Comedy for his role as real-life eccentric filmmaker Tommy Wiseau in “The Disaster Artist.”

RELATED: Not every actress at the Golden Globes participated in the blackout protest

In December of last year, Franco’s “Saturday Night Live” hosting gig had barely gotten started when his opening monologue was gatecrashed by a couple of old friends and a comedy genius.

The actor decided to forgo the topical spiel to which guest-hosts usually subject the audience. Instead, he took a few questions from the crowd.

After answering a few simple queries, Franco became distracted by the sight of a familiar face — his long-time friend and colleague Seth Rogen was sitting in the audience!

“I’m just here to see the show in general; I didn’t know you were hosting it. I put my name in the lottery for ‘SNL’ tickets, and this was the week I got it,” Rogen said. “Luckily, I’m a huge SZA fan,” he added, referencing the episode’s musical guest.

The pair then started arguing about why Franco had hosted the show more times than Rogen — who has hosted two “SNL” episodes to Franco’s four.

At this point, another familiar face showed up, another member of Rogen and Franco’s crew: Franco’s fellow Oscar nominee, Jonah Hill.

“James, I want you to know, I used to stand on that very spot, right where you’re standing,” he said. “I used to host ‘Saturday Night Live,’ I used to be the center of attention, and I gotta say: I resent it, just a little bit,” Martin yelled from above.

Needless to say, the internet was absolutely thrilled with these surprise appearances.