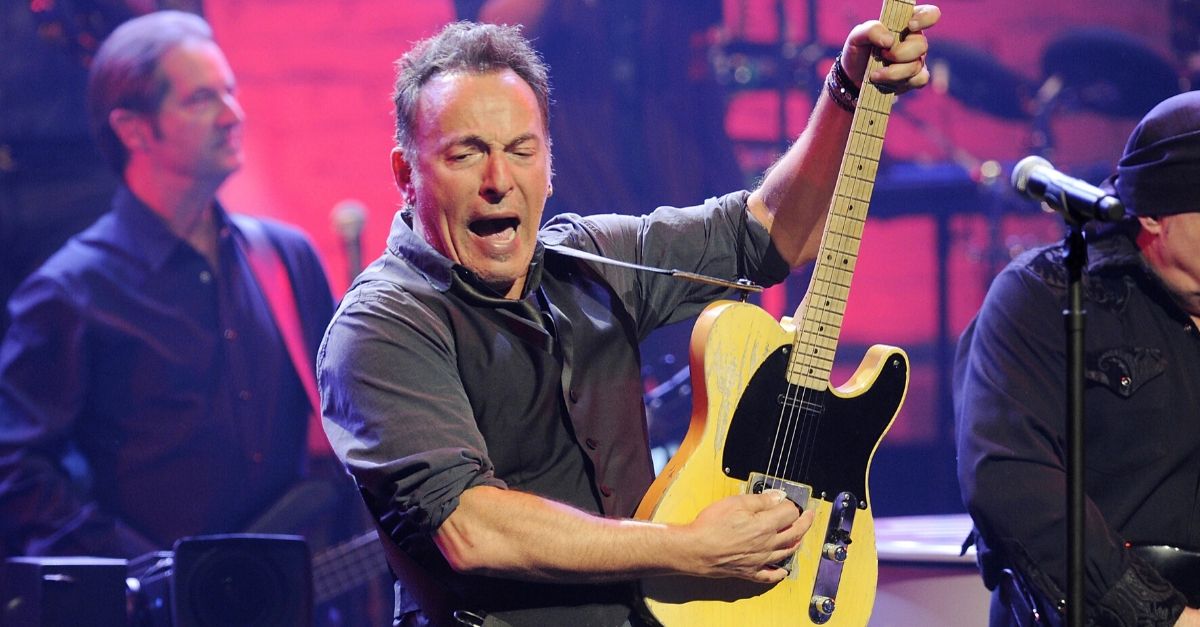 Bruce Springsteen is saying enough is enough, this Coronavirus situation is getting out of hands! The singer criticized President Donald Trump’s way of handling the coronavirus pandemic, telling him to “put on a f***ing mask.” Ouch, I can’t wait to see what Trump has to say about this one.

The artist made the remarks on Wednesday after speaking on his From My Home to Yours series on US radio station Sirius XM. He stated, “With 100,000-plus Americans dying over the last few months and the empty, shamed response from our leaders, I’ve been simply pissed off. Those lives deserve better than being simply inconvenient statistics for our president’s re-election efforts. It’s a national disgrace.”

@springsteen came right out of the gates swinging! Directed squarely to the man sitting behind that “resolute desk”….. Dedicating the Bob Dylan song: The Disease Of Conceit. @azsweetheart013 @StevieVanZandt @nilslofgren @gwtallent pic.twitter.com/JhczjPkJ4C

The singer also noted that instead of celebrating the joy of summer this year, we should be contemplating our current circumstances in regard to COVID-19 and the cost it has drawn from our nation. Springsteen’s comment comes after the coronavirus has claimed the lives of over 100,000 people in the United States, and Trump has often refused to wear face masks during public appearances. Several health experts have recommended wearing masks while out in public to limit the spread of infection.

The president has also been criticized for reopening large parts of the US economy while they are still infection rates at high. Springsteen dedicated a to the president on his radio broadcast noting;

“If you are ready for a rock & roll requiem, stay tuned. I’m going to start out by sending one to the man sitting behind the resolute desk. With all respect, sir, show some consideration and care for your countrymen and your country. Put on a f***ing mask. This is Bob Dylan with ‘Disease of Conceit’.”

This isn’t the first time the Born in the USA artist has been an outspoken critic of President Donald Trump. Just last year, he told CBS host Gayle King that the president “doesn’t have a grasp of the deep meaning of what it means to be an American.” The singer also spoke about how change can come to America by declaring that the election is a few months away, urging us to vote before “it’s too late.”

"With 100,000-plus Americans dying over the last few months and the empty shamed response from our leaders, I’ve been simply pissed off," Springsteen said. https://t.co/0IA6i299CO via @HuffPostEnt

Watch: Behind Bruce Springsteen’s ‘Blinded by the Light’ Song