Bruce Willis Asked to Leave Pharmacy For Refusing to Wear a Mask, Gets Ruthlessly Roasted For It 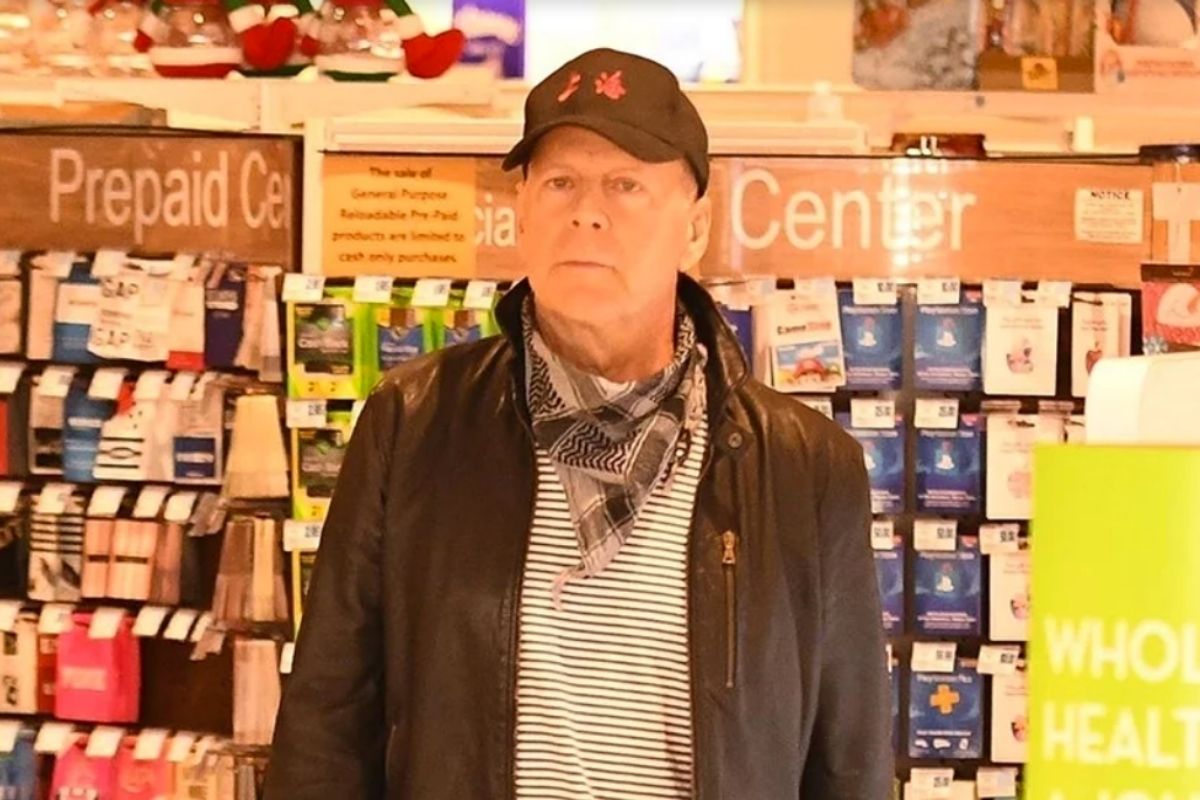 Celebrities! They’re just like us! They take walks, grab Starbucks, go shopping at Rite-Aid… and then act like a total Karen. Bruce Willis’ recent pharmacy hissy fit is now the trending news out of L.A. On a day that Los Angeles County reported an additional 288 Coronavirus deaths and 8,000 new hospitalizations, action star Bruce Willis reportedly refused to put on a face mask in his local Rite-Aid… despite having a bandana tied fashionably — and conveniently — right around his own neck. For that, he’s getting taunted in the press. And heavily memed.

As Covid-19 rages through Los Angeles, California, the city remains a devastating epicenter for surging Coronavirus cases. Disneyland is becoming a mass vaccination site. Experts have even suggested that L.A. residents keep their masks on at home to slow the spread. And yet, the Die Hard actor Bruce Willis could not be bothered to follow protocol while in public. Nevermind that the 65-year-old is part of an at-risk demographic. And nevermind that he literally was wearing a bandana! By now, we all know these can make for a rudimentary mask in a pinch.

Clearly, with no mask on, Bruce Willis’ famous face was ultra-recognizable when he entered the Los Angeles pharmacy on January 12, 2021. According to anonymous bystanders, fellow shoppers and Rite-Aid employees voiced concern when Bruce Willis continued to shop without a facial covering. As so many Americans have courteously stepped up during this hard pandemic, Willis’ next move was shocking. Rather than comply with the state-wide policy, he stormed out of the store without making his purchases. The now viral photo of the event reveals, ironically, Willis’ handy bandana.

Many fans are surprised by Bruce Willis’ behavior. After all, he famously spent some of the last years quarantining with ex-wife Demi Moore and grown daughters Scout, Tallulah, and Rumer (rather than with his current wife Emma Heming Willis and young daughters Mabel and Evelyn). Cute pics of the reunited celeb family dominated social media early on in the pandemic. This sweet home set-up would indicate that Bruce Willis was at least somewhat serious about the following advice to curb the virus. Yet his episode at the Los Angeles Rite-Aid store has raised rumors over Willis’ political affiliation. And not for the first time. Long determined to be a Republican, it’s remained unclear whether the Hollywood star is a supporter of Donald Trump, who has continued to downplay the severity of the Coronavirus pandemic. One thing about Willis is certain though: “He’d rather live free,” as Page Six so hilariously put it. And they weren’t the only ones making jokes. Twitter had with this timely gossip.

Have At It, Internet

Die Hard: With A Ventilator https://t.co/6idF6cIoa5

In an exclusive statement released to People Magazine, Bruce Willis recently said of his refusal to wear a mask: “It was an error in judgment. Be safe out there everyone and let’s continue to mask up.”

WATCH: Man Fights His Way Into Walmart Without Mask, Gets Kicked Out