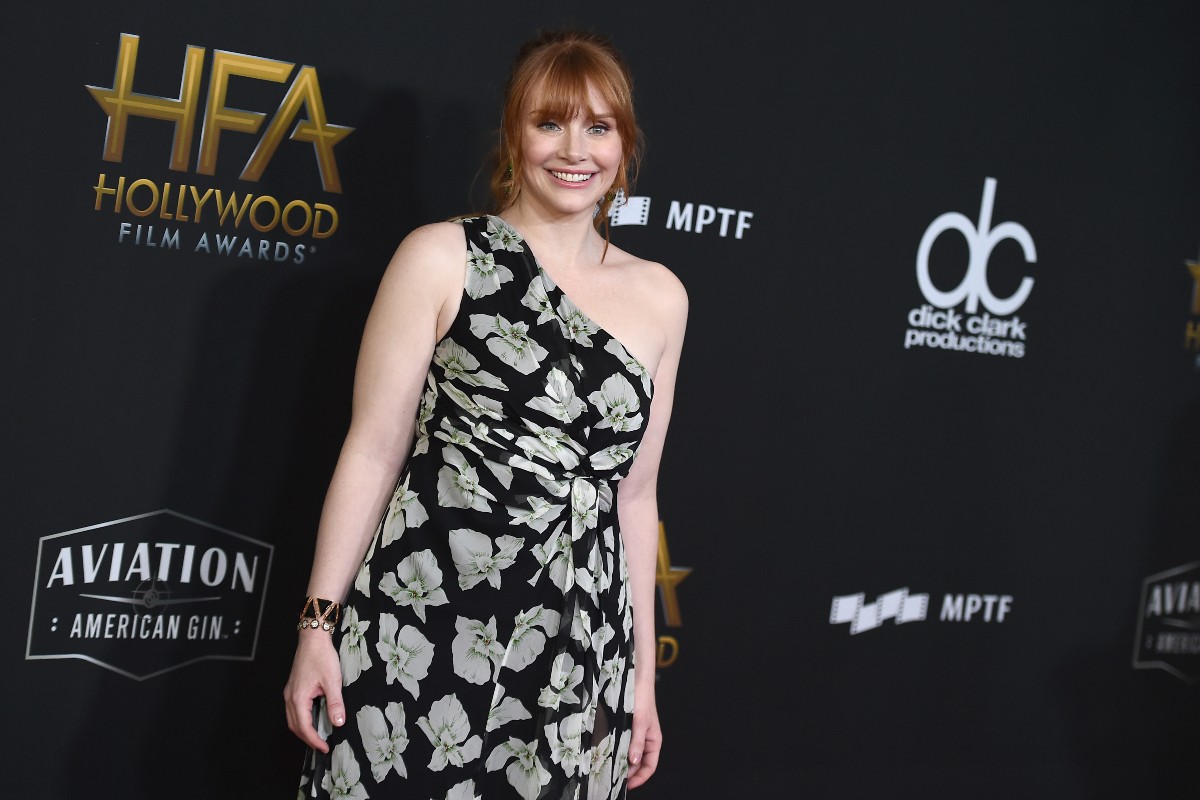 Bryce Dallas Howard has a nifty superpower: the ability to cry on command. The actress/director/eldest daughter of Ron Howard showed off her talent to TBS audiences on Conan back in 2015 when she was promoting her latest film, Jurassic World. To demonstrate, she had host Conan O’Brien make small talk about Home Depot and the things he likes to buy there.

Sure enough, by the time the late-night host had listed things he’s purchased at Home Depot (styrofoam, things to tape other things together to other things, etc.) tears were pouring down Howard’s cheeks. When she returned to Conan a year later to discuss her work on Black Mirror, Howard gave the talk-show host a lesson in the technical art of summoning tears. Although O’Brien wasn’t able to master the technique, the actress herself was crying by the end of the lesson. So where did the actress learn to cry on command? Let’s explore her mysterious power.

Bryce Dallas Howard (“Dallas” was the city where she was conceived) was born in 1981 in Los Angeles, California. She is the oldest of four siblings born to director/Happy Days star Ron Howard and his wife Cheryl. Howard studied drama at the Tisch School of Arts at New York University.

After graduating from NYU, Howard headed to Hollywood. She kicked off her acting career with supporting roles in movies like Heather in Book of Love and M. Night Shyamalan’s The Village. She later starred in a second Shyamalan movie, Lady in Water. Howard’s IMDB page reveals a long list of other acting credits in blockbuster movies, including Spider-Man 3, The Twilight Saga: Eclipse, and The Help. Her latest film, Jurassic World: Dominion with Chris Pratt, is set to come out in 2022.

Bryce Dallas Is Not Jessica Chastain

Howard often gets confused with fellow The Help cast member, Jessica Chastain. To clear up the confusion once and for all, Howard posted a video of her explaining how she is not Jessica Chastain through song. Like many of us during the COVID-19 pandemic, Howard is fairly active on social media these days. Memorably, she called out The Help when the movie began streaming on Netflix amid international protests over the murder of George Floyd.

“I’ve heard that ‘The Help’ is the most viewed film on Netflix right now,” Howard wrote in a trending Facebook post. “I’m so grateful for the exquisite friendships that came from that film – our bond is something I treasure deeply and will last a lifetime. This being said, ‘The Help’ is a fictional story told through the perspective of a white character and was created by predominantly white storytellers. We can all go further.⁣”

The actress proceeded to recommend a list of “powerful, essential, masterful” films and TV shows that center Black lives, stories, creators, and/or performers and invited readers to list their own in the comments. Howard is riding out the pandemic in her home in upstate New York with her husband, fellow actor Seth Gabel, and their two kids, a son Theodore and a daughter Beatrice.