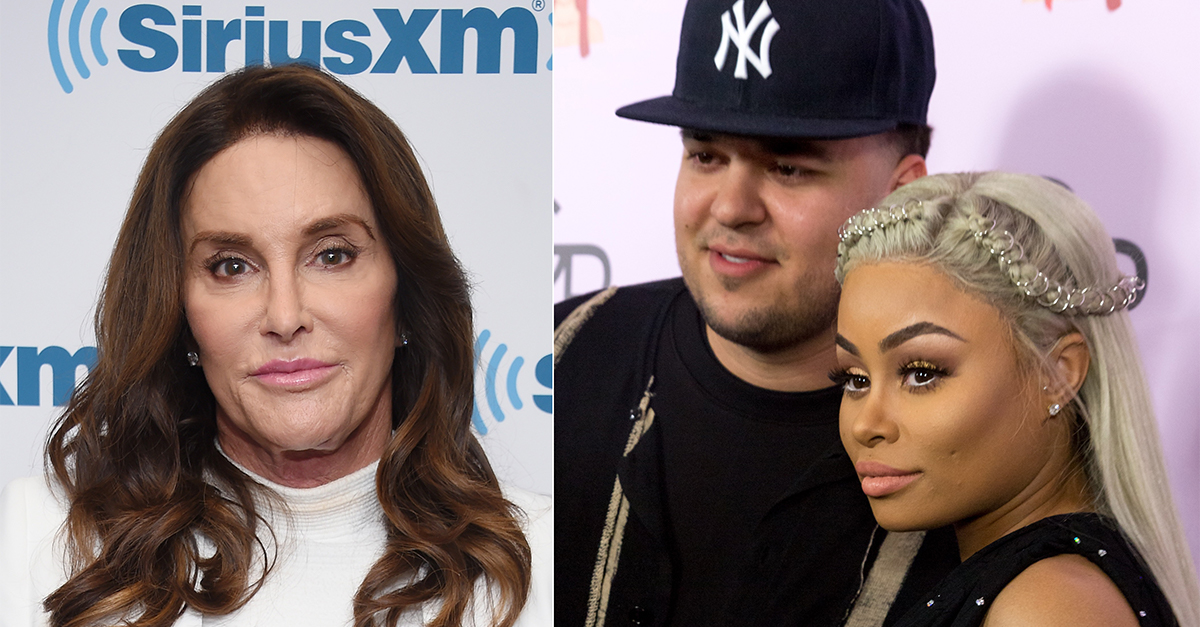 Caitlyn Jenner, who was formerly married to Kardashian’s mom, Kris, for about two decades, has weighed in on the matter.

Jenner appeared on “The View,” according to Page Six, and criticized her ex-stepson for his behavior.

RELATED: After Rob Kardashian posted her nude photos, Blac Chyna found a way to get her own revenge.

“Rob is stupid for doing this,” Jenner said. “ […] Guys, I know, I used to be over on that team, can be really stupid and do stupid things, and you really have to — I’ve tried to warn my kids [… ] pick your friends wisely.”

Despite this, Jenner also admitted that she has hardly spoken to Kardashian since she and Kris divorced. She admitted she’s never even met Blac Chyna and their daughter, Dream.

Kim Kardashian spoke about Jenner’s estrangement on an episode of “The View” earlier this year, saying Jenner would “always be my stepdad, and always be a person that raised me, and taught me so much in life […] Have I talked to her in the last couple of months? No.”