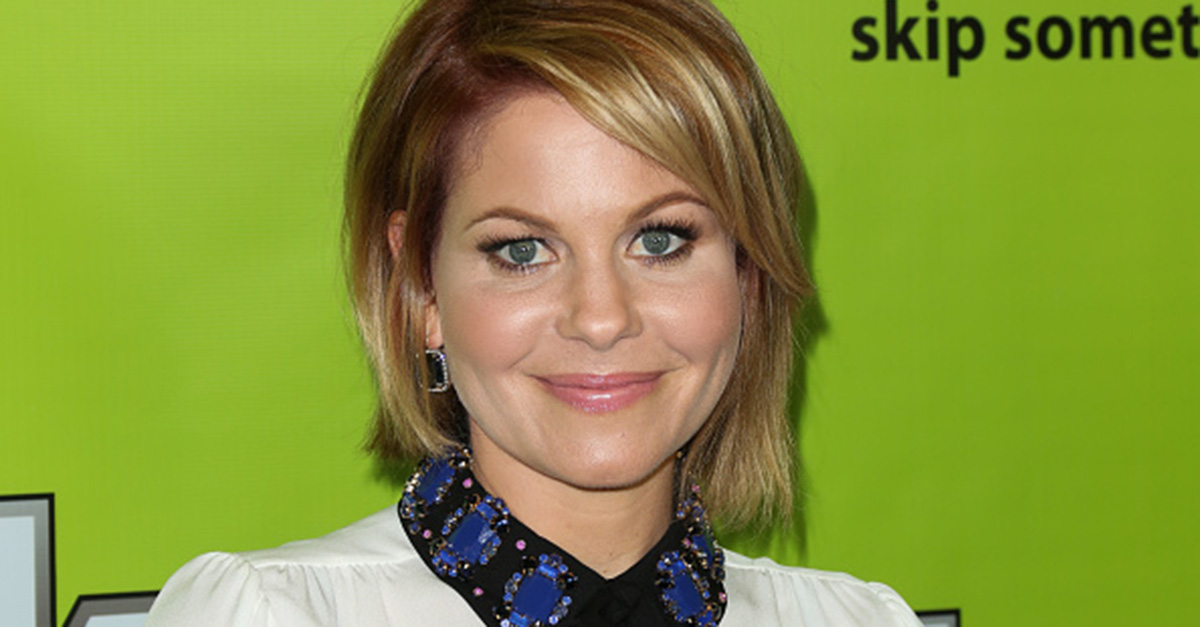 Candace Cameron Bure had the perfect response after she was recently accused of being homophobic. The “Fuller House” star came under attack after she posed on Instagram wearing a t-shirt that read “Not today Satan,” a phrase that was made famous by “RuPaul’s Drag Race” Season Six champion Bianca Del Rio.

RELATED: Candace Cameron Bure looks back on the good times with her friend, Alan Thicke

Del Rio noticed Bure’s post, found it ironic and reposted it writing, “IF ONLY, THIS HOMOPHOBIC, REPUBLICAN KNEW……..”

The move prompted Del Rio’s fans to flood Bure’s page with hate comments, so the 40-year-old actress wrote back to defend herself.

“Why do you have to be nasty to me? You don’t know me or my heart,” she commented. “I’m not homophobic and always sad when people think otherwise. Loving Jesus doesn’t mean I hate gay people or anyone. You sent a bunch of hateful people to my page writing horrible things. I hope next time you’ll spread love and kindness, even when you disagree with people. Sending you love and wish you all the best. Truly.”

While Bure maintains that her being a conservative does not make her anti-gay, she did make headlines in 2015 when she and her “The View” co-host Raven Symone clashed over whether a bakery in Oregon had the right to refuse to provide its services to an engaged lesbian couple.

“I don’t think this is discrimination at all,” Bure said at the time, arguing in favor of religious freedom. “This is about freedom of association, it’s about constitutional rights, it’s about First Amendment rights.”