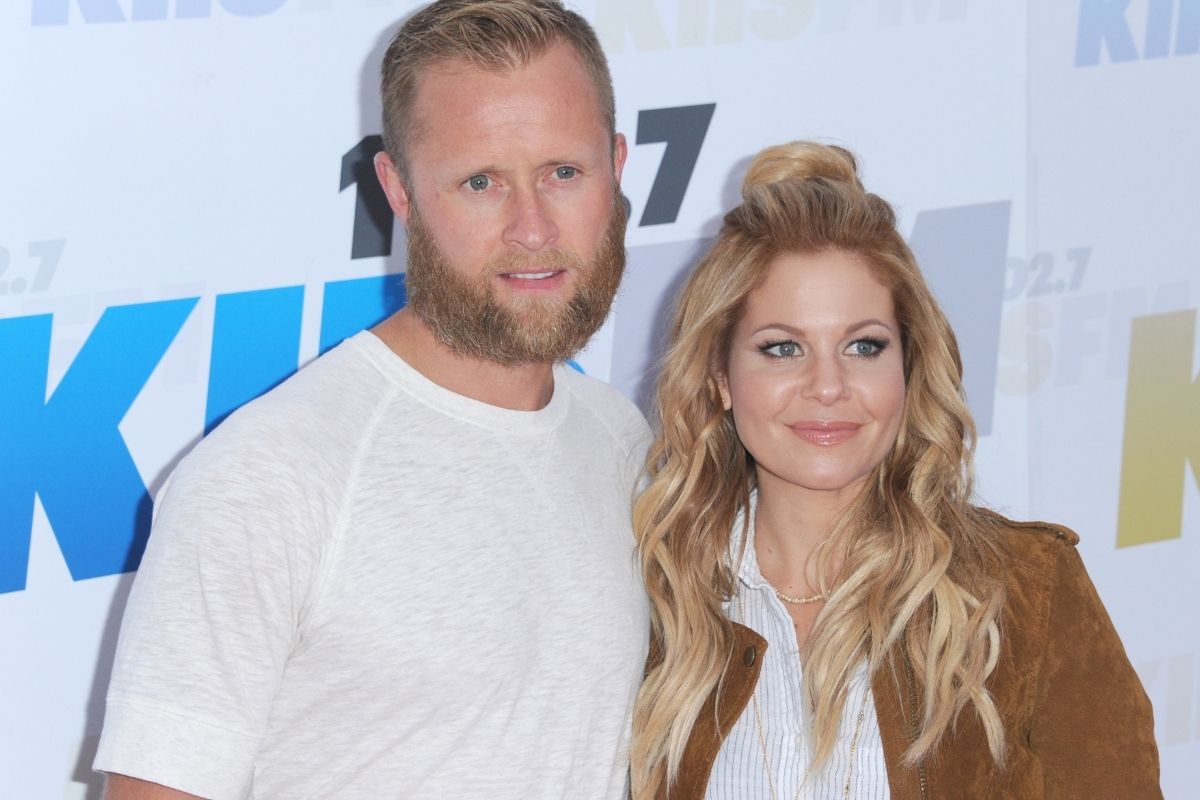 Candace Cameron Bure has definitely made a name for herself beyond Full House. The outspoken Christian mother co-hosted The View and recently became a staple of the Hallmark Christmas canon. With the holiday season just beginning, avid TV watchers can expect to see a lot of Candace Cameron Bure. So what exactly is the story behind Candace Cameron Bure’s famous family life?

Candace Cameron Bure, then Candace Cameron, found fame playing D.J. Tanner, the oldest sister on the ABC sitcom, Full House. American audiences watched Cameron grow up before their very eyes; just as Full House even ended its eight-year run, Cameron had met her future husband, hockey player Valeri Bure. It was something of a set-up by her co-star Dave Coulier, who had invited the cast to watch a charity hockey game that his friend Bure was playing in.

A year later, in 1996, Candace Cameron became Candace Cameron Bure. She was just 20 years old when she married the Russian-born NHL star. The couple quickly had their first child, daughter Natasha (now a 22-year-old YouTube personality), then son Lev (now 20-years-old) and Maksim (now 18-years-old). Cameron Bure took a long hiatus from acting to raise her family, but a few years ago, she returned to the industry full-force.

In 2014, Candace Cameron Bure was a contestant on Dancing with the Stars and came in third place. In 2016, she reprised her role of D.J. Tanner in the Netflix reboot Fuller House. The world of Full House turned out to remain a commercial success, and the reboot continued until June 2020. Around the same time that Cameron Bure reemerged on Fuller House, she became a co-host of The View and firmly introduced her religious, conservative opinions to America. While she frowned upon certain aspects of Donald Trump’s behavior while running for office in 2016, Cameron Bure maintained that she is a Republican and derived most of her social views from her interpretations of the Bible. While this resulted in many awkward exchanges on The View (Cameron Bure hosted for only a season), it presented Cameron Bure as an ideal new star for the Hallmark channel.

Candace Cameron Bure first starred as the title character in Hallmark’s Aurora Teagarden Mysteries. Since, she has gone on to act in and produce a number of Christmas movies including Switched for Christmas, A Shoe Addict’s Christmas, and Christmas Town. Films to look forward to this upcoming holiday season include Journey Back to Christmas and If I Only Had Christmas. Clearly, Candace Cameron Bure was a perfect match for the Hallmark mold and quickly became the traditional channel’s most reliable fixture.

“The Bible talks a lot about modesty and purity, and all of those things are very important to me and my family. And yet once you get married, I think that there are many Christians that get it wrong, that they feel like you have to pretend like you’re not having sex or you’re not enjoying your sex life, which is just completely wrong. If you read the Song of Solomon in the Bible, sex was made for marriage. We are Christians and conservative with many points of view, and yet we’ve been married for 24 years. This is one of the blessings of marriage.” Safe to say the couple has quite a spicy sex life. Speaking with the Daily Blast Live, she stated,

“I think it’s important. You’ve got to keep it up. The longer you’re married it’s so easy to take each other for granted. You know each other so well that you forget, so you have to keep it spicy. I love that. My husband and I do. That’s one of the reasons we’ll be celebrating 25 years of marriage. Just do something unexpected. Maybe lay in a way you don’t normally lay. He’ll be like ‘woah.’ You’ll surprise him!”

This response sums up Candace Cameron Bure’s relationship with Valeri Bure. Their 20-year-old son Lev announced his own engagement to his girlfriend. Candace posted excitedly about the news on social media.

Lev Bure is the same age that his mother was when she got married. Candace Cameron Bure has credited Jesus for the strength of her own marriage. “The glue for us is Jesus,” she told People Magazine. It seems that her son Lev has taken this advice to heart in order to make his own marriage work. As you might expect, Candace Cameron Bure could not be more excited to be the mother of the groom.

Editors Note: This article was originally published on December 1, 2020.