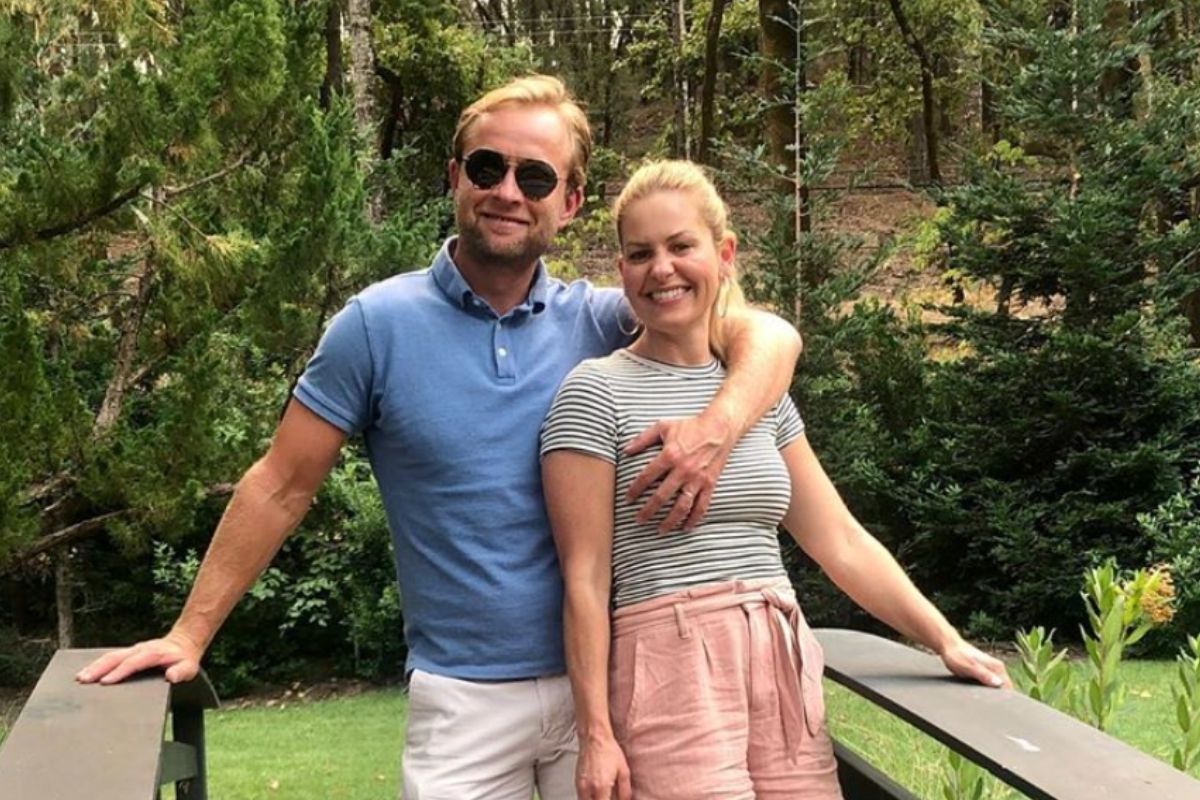 This is what I hate about social media, people have so many opinions about one thing that it’s hard to get sucked into the negative world. Personally, I try to maintain an open mind and try not to get on either the negative or the positive side. But, there are people who turn into Karen’s and Kevin’s and criticize every single thing they do not agree on. Like in this case, where Candace Cameron Bure and her husband, ice hockey player Valeri Bure were criticized for doing the bare minimum.

Basically, the couple who has been married for 24 years, decided to share a photograph of the two together. But, fans quickly had very negative opinions on the photo. The PDA photo posted by the actress, shows her and Val standing on a bridge where he is seen kissing her head as she smiles. But she also posted a second photo, showing them the same location but with his hand resting on her breath as she is smiling.

Which I mean, is totally normal. These cuties have been married for 24 years so the fact that they’re still even looking like they’re in their honeymoon stage says a lot about their marriage. Still, the Fuller House star captioned the “inappropriate’ photo” “Sweet and spicy, 24 years and counting.” Some of the comments were supportive and were happy about their relationship being the way it was, but the actress decided to take to her Instagram stories to defend the picture after the negative comments came rolling in. The 44-year-old stated, “For all the Christians that are questioning my post with my husband’s hand on my boob — my husband of 24 years — thinking it was inappropriate, it makes me laugh because it’s my husband. We have so much fun together.”

The Hallmark actress also noted that her husband can touch her at any time he wants hoping that he did since this is what a healthy good marriage and relationship is pretty much all about. As I said, I’m on her side with this because well it’s been 24- long years, people. Bob Saget even had the most epic reaction to her controversial handsy photo. Her former Full House TV dad decided to weigh in by commenting “Love you guys and congrats on second base!” This is the good kind of troll.

My little ducklings. I love being your mama ❤️

After posting her comment to the photo she revealed that she was debating taking it off but ultimately decided not to. She stated, “I’m sorry if it offended you … I’m actually not sorry. I’m glad that we have fun together after so many years and he can touch me all day long.” The couple has been married since 1996 and has three children, 22-year-old daughter Natasha, 20-year-old son Lev, and 18-year-old Maksim. On their 20th anniversary in 2016, she jumped to Instagram again writing, “ I couldn’t be more proud to be here and let my man the way I do. But let me assure you it hasn’t been all roses the whole journey. But honestly, it seems like the couple is very much so in love.”

Watch: Candace Cameron Bure Has a ‘Full House’ On Screen and Off