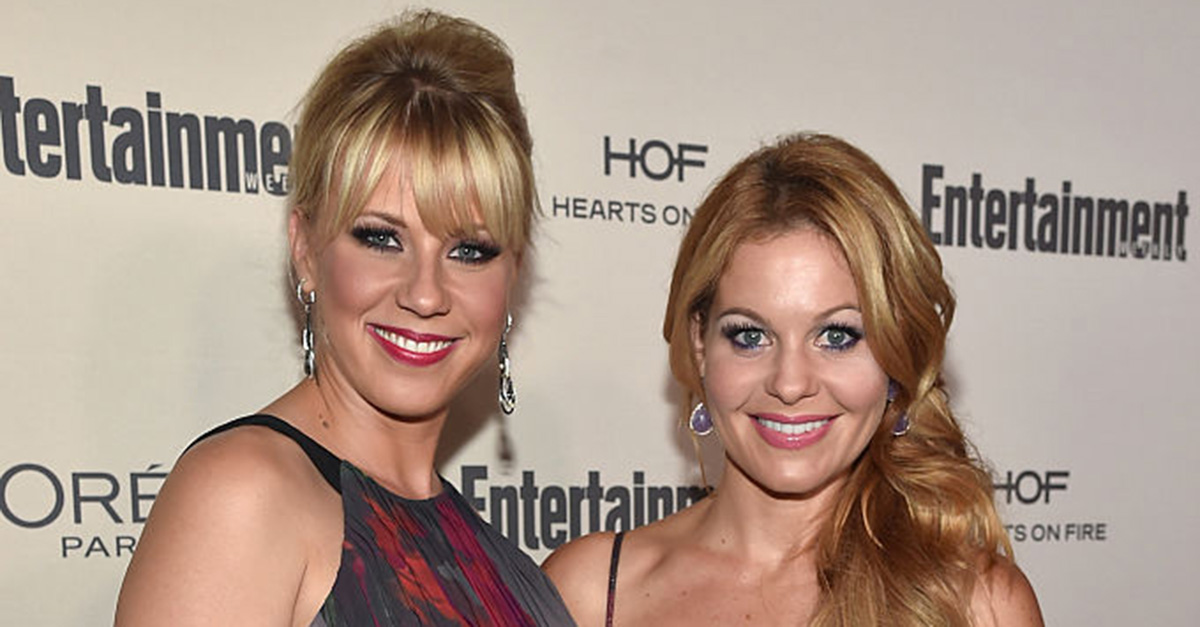 Candace Cameron Bure will always be there for on-screen little sister, Jodie Sweetin.

Sweetin recently went through a messy split from her ex-fiance, Justin Hodak and Bure has been by her side.

“She’s doing great,” Bure told E! News. “She’s being a trooper and handling everything with grace.”

Sweetin and Hodak were together for nearly three years before an explosive fight led to their breakup. Sweetin was granted a restraining order against her ex that he then violated two times.

RELATED: Prince William talks about the shock of losing his mother and how he?s never truly recovered

According to legal docs, Sweetin claimed Hodak had been abusing drugs and alcohol on the night of the incident and things escalated when he pulled down a 7-foot bookcase. Police also found a firearm on Hodak which is illegal as he is a convicted felon. He was later placed under arrest.

“We’re all super supportive of her, so she’s good,” Bure added. “She’s in a very good place.”