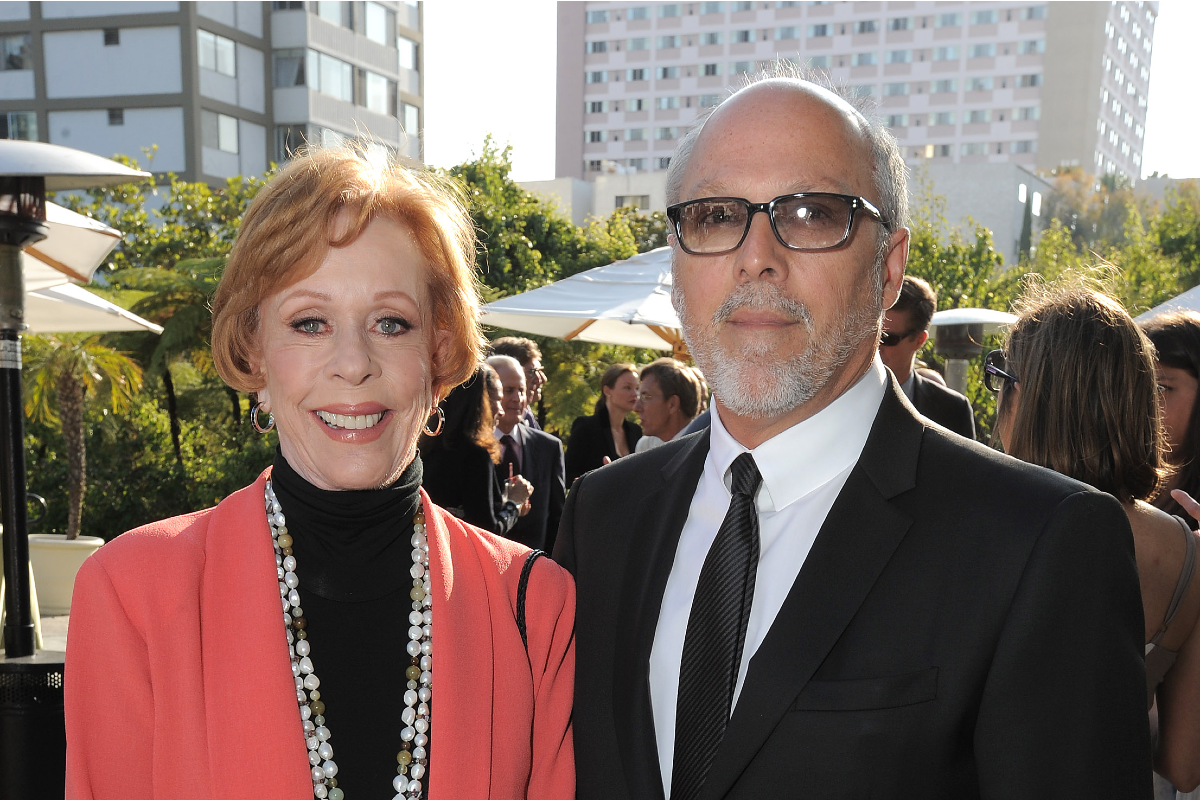 Despite her famously happy-go-lucky show, Carol Burnett has seen her share of hardships. But through life’s hurdles — from her parent’s alcoholism to multiple divorces to her daughter’s substance abuse — Burnett persevered with humor-fueled tenacity. And here, is where we cover the life, career, and loves of the woman behind The Carol Burnett Show.

In 1933, Carol Burnett was born in San Antonio, Texas to Ina Louise and Joseph Thomas “Jodie” Burnett. Both of her parents struggled with acute alcoholism. After graduating from Hollywood High School in Los Angeles, California, Burnett attended UCLA, eventually changing majors from journalism to theater. After college, Burnett landed her breakout role on The Garry Moore Show in 1958.

From there, Burnett would continue on her path to stardom on the Emmy Award-winning special Julie and Carol at Carnegie Hall in 1962, alongside co-star and friend Julie Andrews. Burnett went on to star in the TV adaptation of the Broadway musical “Once Upon a Mattress”.

In 1967, she would start hosting the legendary Carol Burnett Show alongside Lyle Waggoner and Vicki Lawrence. Over the course of its 10-year run, the iconic Golden Globe-winning variety show featured appearances from greats like Dick Van Dyke, Bernadette Peters, and Lucille Ball. In the years that followed, Burnett would play Miss Hannigan in the musical comedy Annie and star in Carol & Company, a short-lived TV show.

Long before becoming famous, Carol married her college sweetheart, Don Saroyan, in 1955. Moving to New York City to pursue acting together would cause a rift between the two aspiring entertainers, and they were divorced in 1962. The next year, Burnett married her second husband, TV producer Joe Hamilton. It was Hamilton who directed Julie and Carol at Carnegie Hall and produced The Carol Burnett Show.

When they married, Hamilton had eight kids from a previous marriage. The couple went on to have three daughters of their own, Jody, Erin, and Carrie Hamilton. The couple divorced after 21 years of marriage. Hamilton passed away due to cancer in 1991.

After nearly 20 years of being single, the American actress met her third husband, Brian Miller — principal drummer and contractor of the Hollywood Bowl Orchestra. The two tied the knot in 2001, and — despite their 20-year age difference — have been happily married ever since.

Watch: Why Johnny Carson Had Strained Relationships with His Kids