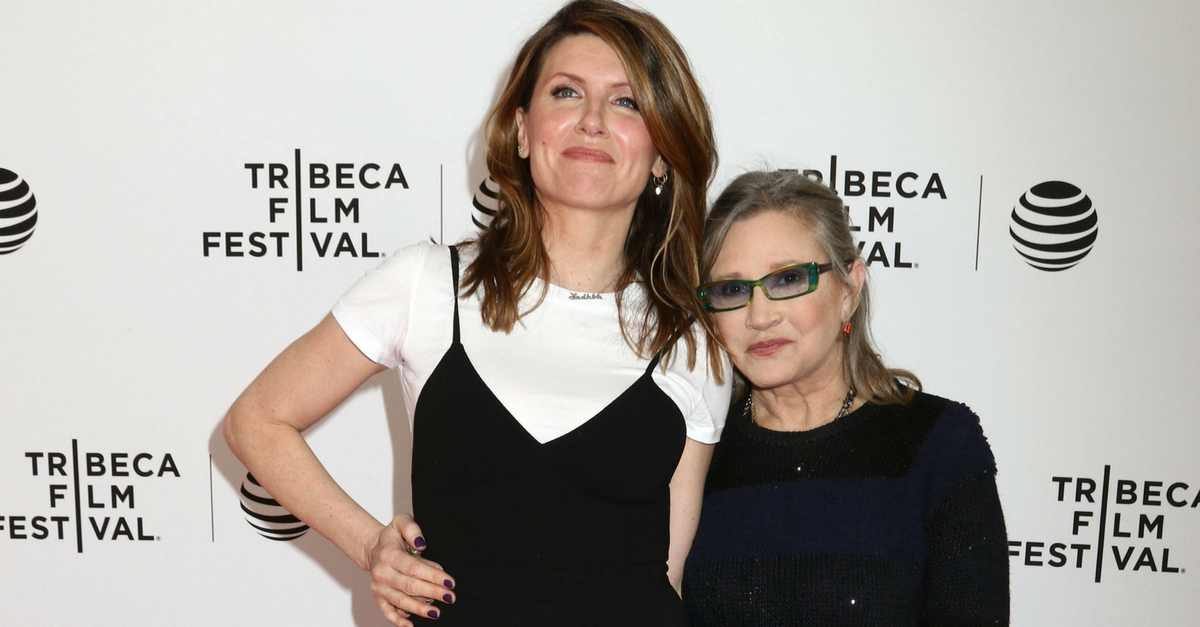 During her final months of life, Carrie Fisher was her usual witty self, but “seemed to have a little less spring in her step,” according to her “Catastrophe” costar Sharon Horgan.

In a tribute piece written for The Hollywood Reporter, Horgan recalled the late actress’s last months of life and her final TV shoot, adding that her passing “knocked us all.”

“Her brain whirred constantly, every sentence had a punchline, every story a potted Hollywood cautionary tale — but I’m not sure her kindness and generosity are as well known. She was just a really nice lady, warm and fun,” Horgan wrote. “She would distribute presents to cast and crew with little notes, written in her gorgeous, elaborate handwriting, that were part poetry, part filthy prose.”

She revealed that Fisher seemed a little different in the fall of last year during her final season of filming.

“She’d definitely been a bit more delicate this time. She had seemed to have a little less spring in her step, but nothing that gave a hint that she was struggling,” Horgan continued. “Maybe our eyes just weren’t open enough.”

Fisher passed away unexpectedly in December of 2016 after going into cardiac arrest on a flight from London to Los Angeles. Her mother, Debbie Reynolds, died from a stroke one day later.

“We had finished the shoot, and all of the episodes were assembled by the time we heard the news of her death,” Horgan detailed how the cast and crew reacted. “It knocked us all. She’d been there, just a minute ago, talking about plans for her life and career, talking about her family and the house she’d just bought in London. It didn’t seem possible that she was gone.”

One last episode still needed to be edited by the time of Fisher’s passing, and Horgan recalled that it was difficult “to see her so alive onscreen and yet no longer with us.”

“We really miss Carrie,” she finalized the piece. “We all wish we could have shared the final product with her because, as self-deprecating as she was, I think she would have been proud. She certainly made us proud.”