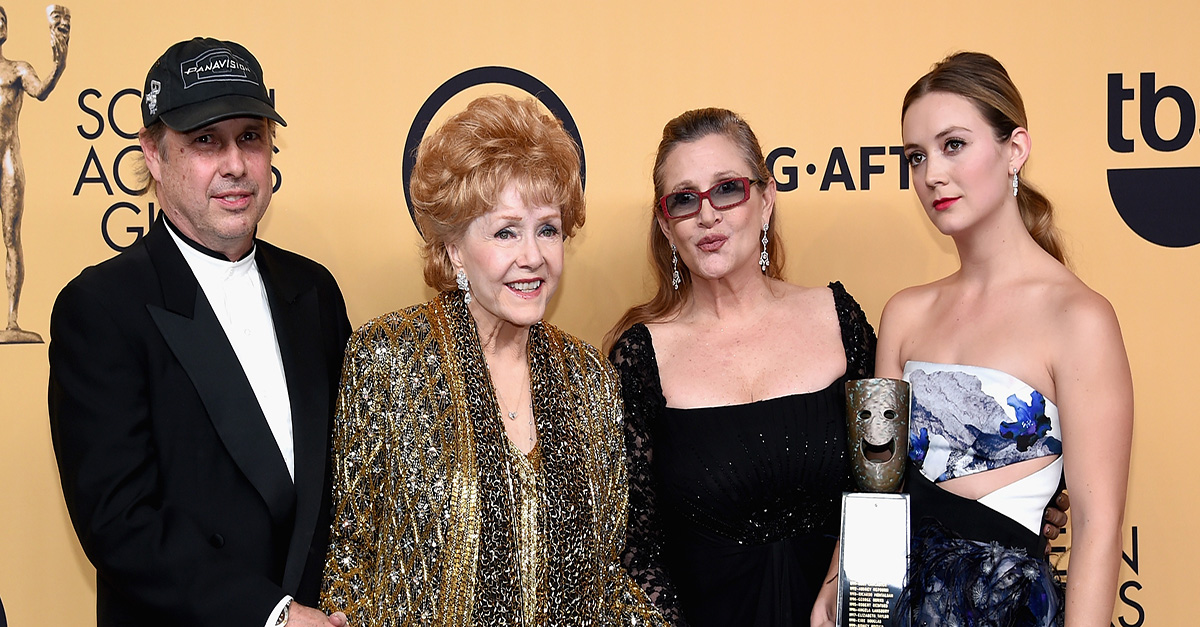 It’s nearly been a year since Carrie Fisher died, and Saturday marks the first birthday her brother, Todd Fisher, and daughter, Billie Lourd, will spend without her.

Todd Fisher shared with E! News what he and his niece have planned to honor the legendary icon.

“You can be sure that Billie and I will have a moment in reflection on Carrie’s day,” he said.

The loss is bittersweet for Fisher, but the fond memories she left behind in the minds of others is what he takes to heart.

“I remember all the great things that she said and the example that she set for so many other women,” Todd continued. “I see people almost every day that come up to me and hug me and tell me what an amazing inspiration that she was, as a survivor and a woman who stood up for what she believes in. It’s amazing how many people recognized her for that.”

Carrie’s mother, Debbie Reynolds, died a single day after her daughter, leaving a gap in both their families and the entertainment industry.

“Certainly we are all still dealing with the difference of life here,” Todd explained. “It’s a substantial change in the planet when you remove Carrie and Debbie from it. It’s a huge vacuum that nobody could ever fill so you move on and you try to live your life without that presence, which, we will because we are survivors—and we were trained by Debbie.”

RELATED: The world mourns the death of Carrie Fisher, one of Hollywood’s brightest stars

As for his niece, Fisher commends Lourd for her strength moving forward.

“I think [Billie is] doing very well,” he explained. “She is dealing with it remarkably. I think she’ll make a great role model in her time as well, having grown up around two amazing women. I think she is going to reflect that in her future.”