Carrie Fisher’s family would like to thank the people who tried to rescue her after she suffered a major heart attack on an airplane.

According to TMZ, Fisher’s family says two people worked to keep her alive despite the fact that she had no pulse for nearly 10 minutes. Fisher’s loved ones reportedly believe if it wasn’t for the strangers’ hard work, they would not have had time to say goodbye to the late actress.

After Fisher went into cardiac arrest mid-flight, flight attendants got on the intercom and asked for medical assistance. Reportedly, two off-duty medical professionals, one of whom was a nurse, tried to revive Fisher before the plane landed and she could be rushed to the hospital.

Fisher’s family is reportedly planning to reach out to United Airlines to try to find the heroic passengers.

Fisher died on December 27, days after her heart attack on a flight from London to Los Angeles. Her mother, Debbie Reynolds, died just one day later after having a stroke at her son’s home.

The family is reportedly arranging for Fisher and Reynolds to be buried together. 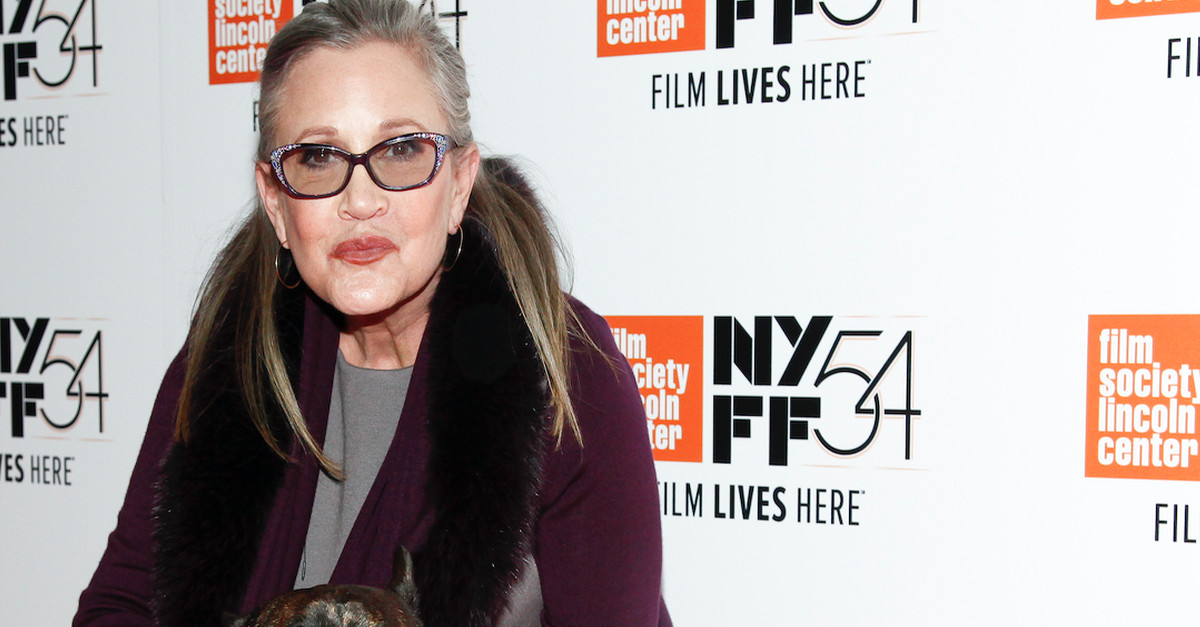