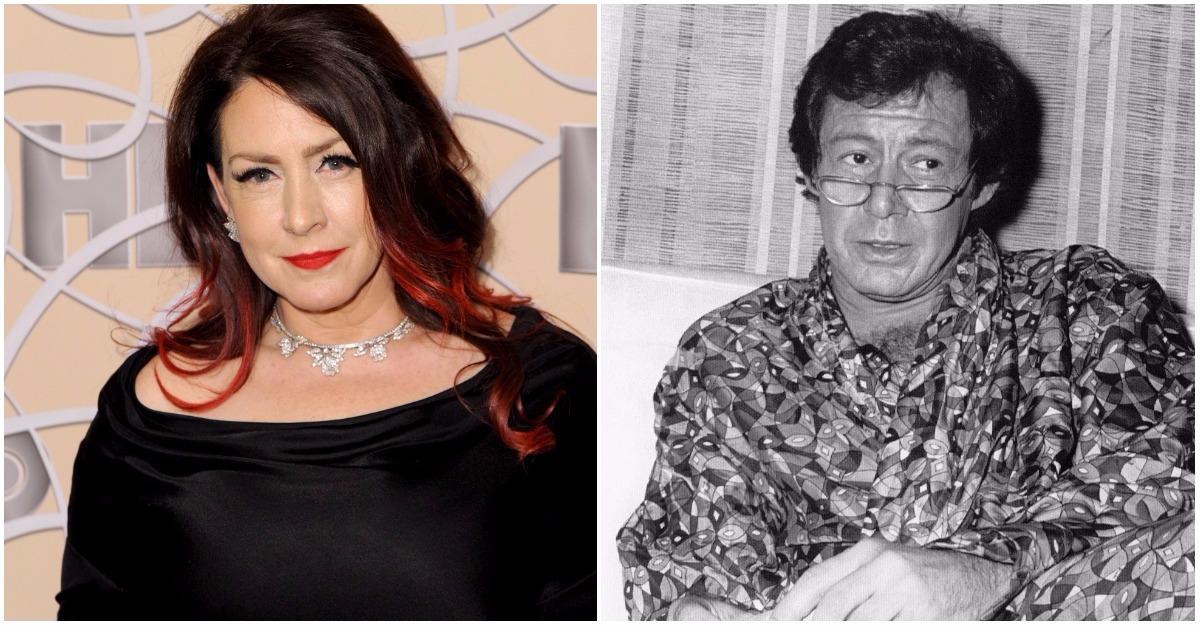 In her new book, Joely Fisher is opening up about her father, singer Eddie Fisher’s drug use and some of her famous family’s struggles.

The sister of the late Carrie Fisher details her father’s drug use in her new book, “Growing Up Fisher: Musings, Memories and Misadventures.” Fisher is the daughter of actress Connie Stevens and Eddie Fisher.

“My first experience with drug use was as a toddler,” she wrote in the book, according to PEOPLE. “I had a baby’s-eye view of my own father tying off, prepping a needle, and injecting drugs into his veins. I was propped up in an inappropriate proximity to My Papa.”

Eddie Fisher struggled with addiction for decades before getting sober while he was with his fifth wife, Betty Lin. He died in 2010 of complications of hip surgery.

RELATED: Billie Lourd gets emotional with Ellen about her new life without Carrie Fisher and Debbie Reynolds

Fisher faced her own battles with addiction in her lifetime and shared that with her late sister.

“In 2004, I went on a two-night bender,” she wrote. “I called Carrie from New York at three, four in the morning, because I knew I could. ‘Carrie . . . I think I’m in trouble.’ She was the only one I could talk to who wouldn’t judge me, who knew the experience. One junkie to another.”

Carrie Fisher died in December 2016 after suffering a heart attack while on a plane from London to New York. Cocaine and heroin were found in her system following her death.

On October 23, Fisher shared a tribute to her sister on Facebook in honor of her birthday.

“Happy Heavenly Birthday…this weekend we would have celebrated your 61 turns around the sun…I miss you terribly, always…more on this day

💔Happy Birthday Angel Fish,” she wrote alongside a throwback of the two.

Fisher opened up and said that she overcame her issues with addiction with the help of her family, husband Christopher Duddy and five children Skylar Grace, 16, True Harlow, 11, Olivia Luna, 9, and her husband’s two son’s from a previous marriage, Cameron and Collin.

“I feel like I’m alive, in part, because I’ve looked at what it has done to the rest of my family,” she told PEOPLE.