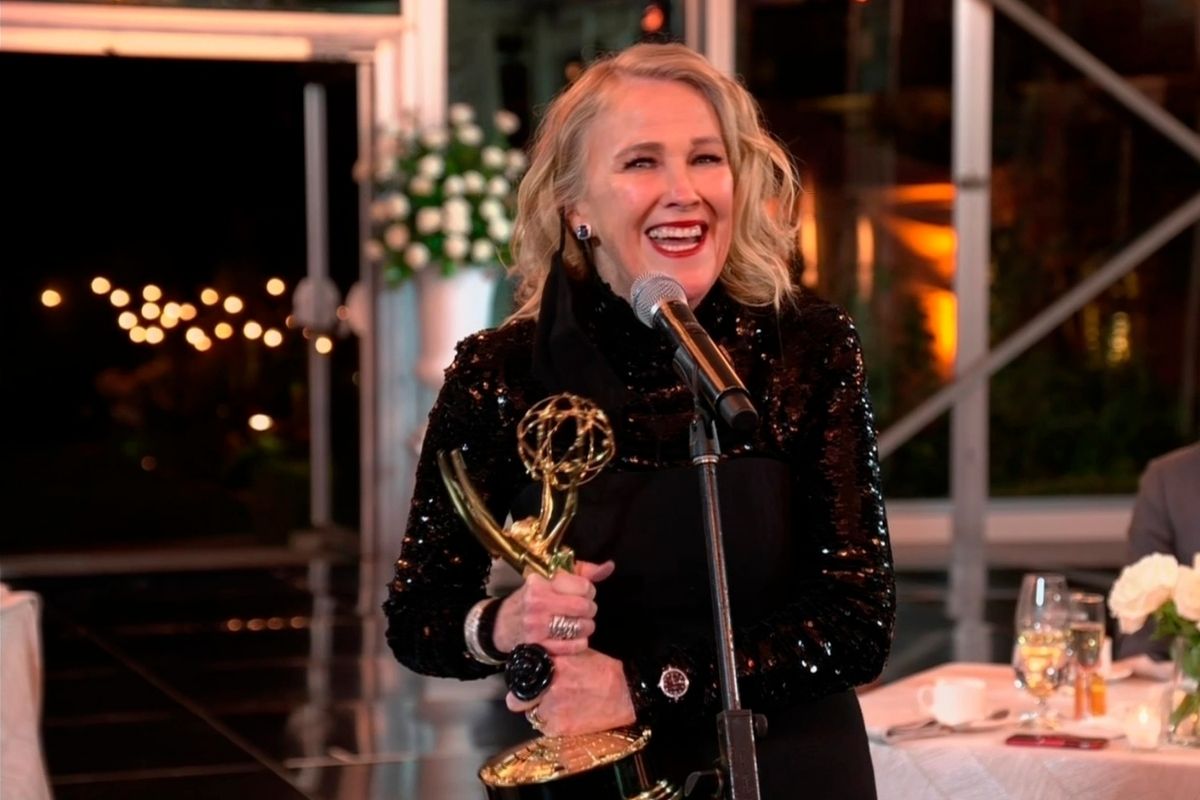 Catherine O’Hara has been acting for a while now, but it’s her role as Moira Rose on Schitt’s Creek that has gained her notoriety. However, it was just recently that the internet realized that O’Hara also had a huge role in Home Alone! She played Kevin’s mom, Kate, and everyone has gone wild making this connection! Little do they know, Catherine O’Hara is more than the motherly roles she’s most popular for.

Catherine O’Hara was born in Toronto, Ontario, Canada in 1954. She got into acting fairly early, landing her first gig on the sketch comedy show The Second City. The Toronto-based show was the home to Saturday Night Live legend, Gilda Radner. O’Hara was actually Radner’s understudy before she left for New York and SNL. O’Hara would go on to create a sketch comedy show called SCTV with her Second City co-stars. Some of those co-stars were Eugene Levy and John Candy! She would win an Emmy Award for her outstanding writing for the show. As far as her personal life goes, she married production designer Bo Welch in the 90s. The couple shares two sons, Luke and Matthew.

With such talent, it was clear Hollywood would come knocking. The Canadian actress began working in American film and tv after SCTV’s success. Her performances in television shows like Six Feet Under, Good Behavior, and The Outerlimits helped boost her name in the industry. She would go on to star in films. You might recognize her from A Series of Unfortunate Events, Temple Grandin, Heartburn, For Your Consideration, or Beetlejuice.

She also has several voice-acting credits, including Tim Burton’s The Nightmare Before Christmas and Frankenweenie, as well as Over The Hedge, and Chicken Little. It was her role as Kevin’s mom in Home Alone and Home Alone 2: Lost in New York that truly made her a beloved actress in Hollywood.

While Catherine O’Hara has a very impressive resume, her performance in the CBC comedy series Schitt’s Creek has garnered her most success. Acting as the matriarch of the Rose family with screen husband Eugene Levy and son Dan Levy is possibly her best performance yet. It’s not just fans that have gone wild about her performance, the academy has as well! She received two primetime Emmy nominations, winning one in 2020. She’s won five Canadian Screen Awards and a few Golden Globes!

It seems like the only thing she has yet to win is an Oscar! She’s constantly been an award show nominee since she began working in Hollywood, but especially since the success of Schitt’s Creek. Schitt’s Creek has quickly become one of America’s most beloved tv shows after it hit Netflix.

Watch: How Eugene and Dan Levy Took Hollywood by Storm with a TV Show!