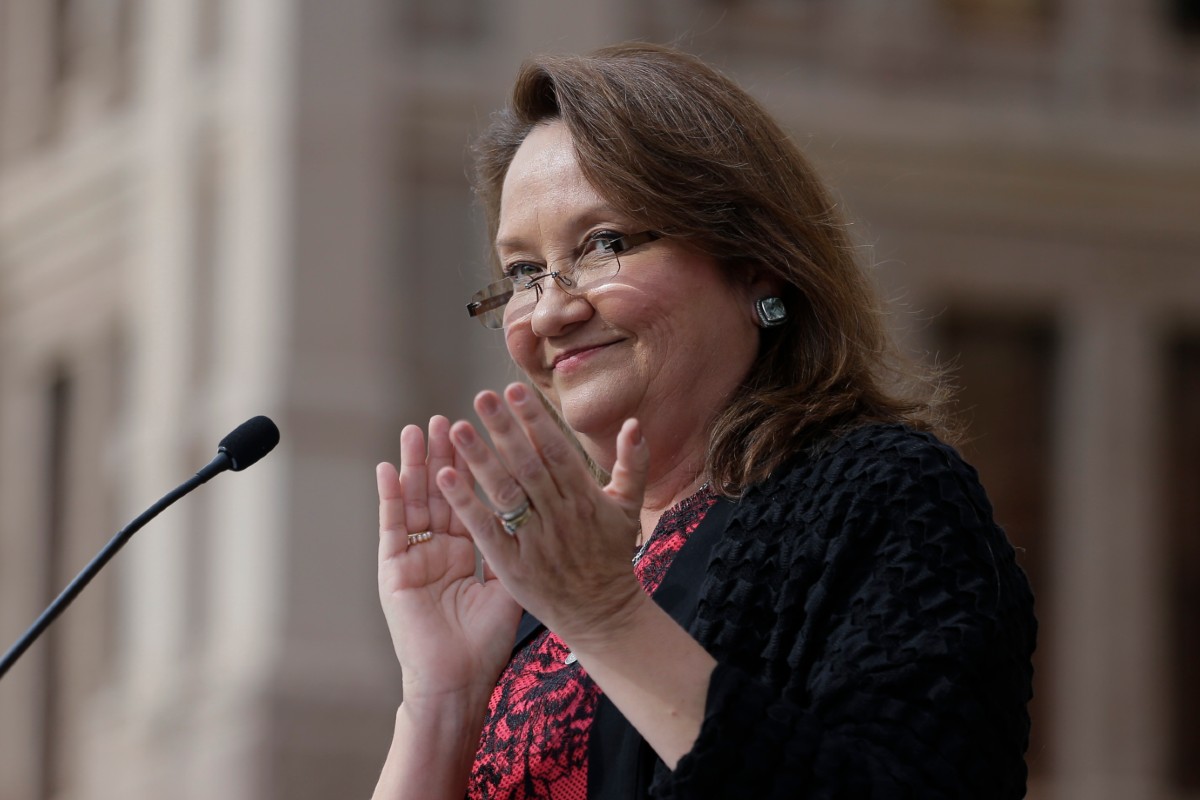 When former Attorney General Greg Abbott was elected governor back in 2014, he made history by becoming the first Texas governor in a wheelchair.

But Governor Greg Abbott wasn’t the only Abbot to make history on that fateful day in November. The newly elected Republican governor’s wife, Texas First Lady Cecilia Abbott, also would go down in the history books as the first Hispanic first lady of Texas.

As the granddaughter of immigrants from Mexico, Cecilia lived a prototypical American Dream story. She and her three siblings were raised in San Antonio by two parents who were both educators, and instilled in her a love of learning. She went on to earn her bachelor’s degree at the University of Texas at Austin, where she met the boy from Duncanville who would one day become her husband and Governor of Texas. Legend has it that Cecilia, a classical music devotee, won her future husband‘s heart when he spotted her playing the keyboard when they lived in the Castilian dorms at UT.

?Frankly, it was just beautiful music, and then I realized we were on the same floor,” Greg would later admit in an interview.

Cecilia married Greg Abbott the week before he started law school. Once Greg finished school, the couple moved to Houston to prepare for the bar exam and begin working at the Houston Firm of Butler and Binion. But a week before the bar exam, disaster struck. It was a blustery July day in 1984 when Greg, who was jogging, was struck by a falling 75-foot-tall oak tree. The accident left him paralyzed for life.

?The accident changed our lives forever. It also started a chain reaction of blessings,? Cecilia told reporters from Fox News. ?As Greg recovered, we would hit a big obstacle and get discouraged, but then a solution would show up. On top of that, our family and friends showered us with love and support.?

According to Cecilia, Greg was so mentally tough in the aftermath of his accident that he wouldn’t let it get in the way of his noble calling  — he even went to work with a body cast. With Cecilia’s support, Greg was able to continue on to serve as a judge on a Texas District Court and the Texas Supreme Court before being elected attorney general in 2002.

Meanwhile, Cecilia Abbott earned advanced master’s degrees in education, theology, and psychology at the University of St. Thomas in Houston.  Over the course of her marriage, she worked as a teacher, vice-principal, and principal at Catholic schools across the state. Most recently, Cecilia was the principal of the Cathedral School. 16 years after they were married, Greg and Cecilia adopted a daughter, Audrey Abbott.

The proud pair of Texans have now been married for 38 years. Governor Greg and First Lady Cecilia Abbott live with their daughter in the Texas Governor’s Mansion in downtown Austin. The Abbott family has two dogs: the First Dog of Texas, Pancake, and the First Puppy of Texas, Peaches.