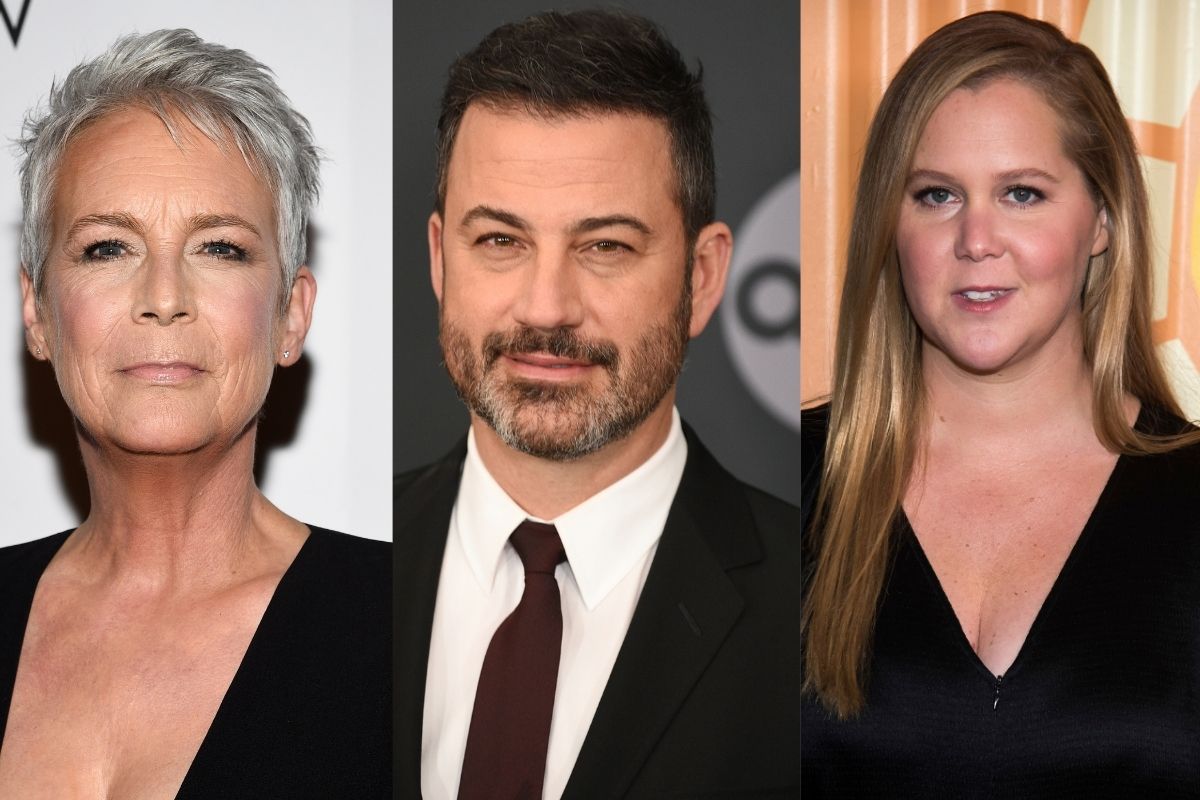 Today marks the 22nd anniversary of the massacre at Columbine. And with every new mass shooting, many take to social media calling out the National Rifle Association (NRA) and congress lawmakers to demand effective gun legislation. And the voices with the biggest platform come, most often, from Hollywood and Los Angeles. So in the wake of another horrific shooting, at a FedEx facility in Indianapolis, let’s take a look at which celebs have been most vocal about the need for serious gun control.

In all probability leadership in America will yet again do nothing – even as we so desperately need reasonable gun legislation. #GunReformNow https://t.co/urCN1vjZ71

Also in response to the shooting at the King Sooper’s store in Colorado, Mia Farrow wrote “In all probability leadership in America will yet again do nothing – even as we so desperately need reasonable gun legislation.”

Ten people. Their families, their loved ones. There is so much pain right now. These families will never be the same. May we all be gentle with others tonight. May we check in on those we care about. Life is so damm fragile. Atlanta…Boulder.

Obviously, Maria Shriver has political roots. The Kennedy descendant was the First Lady of California for eight years as the wife of Arnold Schwarzenegger. On March 22, she tweeted in reference to both the recent Colorado shooting and the string of spa shootings in Atlanta, Georgia. Her response, however, was of sympathy rather than a direct demand for gun laws.

We owe it to our children and our teachers to keep them safe while at school. Prayers won't do this: action will. Congress, please do your job and protect Americans from senseless gun violence

Following the infamous school shooting at Marjory Stoneman Douglas High School in Parkland, Florida in 2018, Kim Kardashian emphasized the need for Congress to “protect Americans from senseless gun violence.” In 2015, Kardashian also tweeted about the gunman David Conley who killed a family of eight including his own son. She wrote:

?Have u heard of the heart breaking story about David Conley who slaughtered his ex girlfriend & her entire family! Her 6 kids,husband & her!? the reality star Tweeted on Wednesday. ?He purchased the gun & ammo ONLINE! How is it so easy to purchase guns online!!! Does this not sicken you? No background checks needed!!!!!?

The families in Parkland are suffering for no good reason. We send love, sympathy and prayers tonight and DEMAND that our "leaders" do SOMETHING to stop this tomorrow. How many have to suffer before we stop looking the other way?

Jimmy Kimmel also spoke out following the Parkland shooting. But that was not the late-night host’s first time tackling this issue. In 2017, Jimmy Kimmel shared an authentic and teary monologue after the shooting at a Las Vegas concert killed 61 people. Watch Kimmel’s gut-wrenching reaction below.

“The second amendment, I guess, our forefathers wanted us to have AK-47s is the argument… Orlando, Newtown, Aurora, San Bernardino… [the killers] used weapons designed to kill the largest number of people in the shortest amount of time.”

In a lengthy Instagram post, Julianne Moore revealed her involvement with anti-gun violence movements Moms Demand Action and Everytown. Her customized sweater, in the picture, reads Fight Like a Mother.

Being against cops killing is not equal to being for killing cops. We need peace in our streets.

John Legend made news in 2016 when he wrote on Twitter: “Being against cops killing is not equal to being for killing cops. We need peace in our streets” after five police officers were shot and killed during a Black Lives Matter protest in Dallas, Texas in 2016. Legend and his wife Chrissy Teigen have long been vocal when it comes to gun safety in our streets. In 2014, Teigen got flack for a tongue-in-cheek comment following a shooting a Canada. She said: ?active shooting in Canada, or as we call it in america, wednesday.”

The comedian Amy Schumer is also the cousin of Democrat Senate Majority Leader Chuck Schumer. The two teamed up at a joint press conference to call for stricter gun control laws in 2015. But that was not the first or last time that Amy used her star status to call attention to the lack of gun safety in this country. Watch above, the classic “Gun Show” clip from Inside Amy Schumer.

But Not All Celebrities Agree

In the past 48hrs, the USA horrifically lost 34 people to mass shootings.

On average, across any 48hrs, we also lose…

Often our emotions respond more to spectacle than to data.

Neil deGrasse Tyson was the subject of ridicule after sharing various death statistics in the wake of the Walmart shooting in El Paso, Texas. Soon after 23 people were murdered inside the shopping center, Tyson encouraged Americans not to let emotions cloud their judgment when it comes to assessing the risk of death by gun. But as you can imagine, the message was not well-received.

WATCH: Hilaria and Alec Baldwin Welcome New Baby?Five Months After the Last One