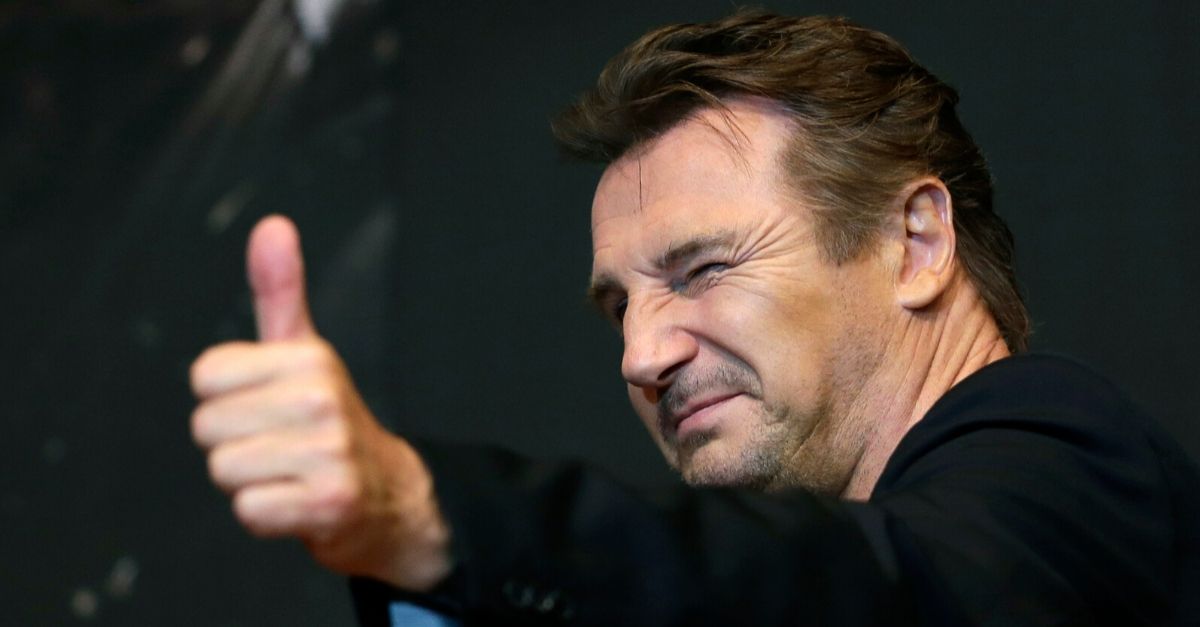 My father’s the most respected person in my life, an example of how I believe all men should act whether they do or don’t have kids. I don’t mind taking to social media to highlight how great he is every single year, and he honestly really enjoys our family’s cheesy Facebook posts for him. I love seizing Father’s Day as another opportunity to really make sure my pops understands how much I love and respect him.

Father’s Day’s a staple holiday to be celebrated in June, and so here at Rare, we’d like to say happy Father’s Day to all of the dads and father figures in our audience! To commemorate Father’s Day, here are six of our favorite celebrity dads. These celebrities have incredible reputations as fathers, and there’s no doubt that those unique qualities have been highlighted in their careers. I think it’d be difficult for anyone to disagree with our choices.

Introducing you to my little family! My fiancé, Zak, and I were so happy to welcome baby McLaurin to the world on May 22nd. We are beyond thrilled he chose us to be his parents, and obviously think he’s the best, smartest, and cutest baby ever!! In life today, we expect everything to be live shared on social media, and many who are close to me are even just learning this news. 😬 We’ve kept this news private for a number of reasons, one of which is my increasing emphasis and appreciation for living life away from social media and focusing on my offline relationships, another being the challenges that face us as women startup founders. I have a lot more to say about this later, but at a high level… Becoming a mom is something I’ve always known I wanted, but as an early stage startup founder sometimes sounded impossible, not because I didn’t think I could manage it, but because I knew the extent of bias in the industry against me as a female founder and the fight to be taken seriously in building a business focused on solving social challenges for women. (Not to mention the fact that maternity leave doesn’t exist for me!) As I’m proud to have successfully built a business that doesn’t rely on Silicon Valley VCs taking women’s friendship seriously to operate and has an amazing supportive team, I’m excited to be expanding my role from global change-maker startup CEO, connecting millions of women to their best friends, to a milk factory, raising a really amazing little man who has a boss mamma. None of this would be possible without the most incredible and supportive partner a woman could ever hope for. Zak, the headline is true, you’re already and will always be, “World’s Greatest Dad!” Mickey and I are the luckiest. 🥰 [Photos by my super talented future sister-in-law @zeldawilliams]

The late legendary actor/comedian was known for the heart-warming characters he played throughout his career. Most of his characters always had a fatherly vibe, and it was not a secret that his own natural father-like personality contributed to playing these roles so well. Fathering two sons, Robin was respected so much as a dad that one of his sons named his own kid after him. Zak, Robin’s 37-year-old son, and his fiancee, Olivia June, gave birth to McLaurin Clement Williams in June 2019. McLaurin was Robin’s middle name, and the couple honored the late celebrity by passing his legacy down to his grandson. Robin even starred in the 2009 American satirical comedy, World’s Greatest Dad. As if that movie title didn’t already say enough about Robin as a father.

The late professional basketball player was not only known for his incredible basketball record-breaking accolades, but also for his never-ceasing dedication to his family. Kobe was incredibly revered as a father, protecting and providing for a family of all women. He and his family were highly regarded for the support they gave each other while Kobe created and marked his legacy as one of the greater basketball players in history. He and his wife, Vanessa Bryant, were married for 20 years, raising four daughters. After he and his second eldest daughter, Gianna, tragically passed away in a helicopter crash, videos of their relationship surfaced to honor his legacy. There’s no doubt that Kobe owned his role as a dad.

Swipe up in our Story to go behind the scenes of ‘Football, Prince William and Our Mental Health’, as The Duke meets footballers, fans and managers from grassroots to the elite as part of the #HeadsUp campaign, which has kicked off the biggest ever conversation on mental health, through football ⚽

Topics surrounding the English royal family are global favorites, as many always wonder how the next generation of rulers will be. Prince William and his wife, Duchess Kate Middleton, have explained that they agreed to raise their children the way they personally believed best, even if it meant breaking tradition sometimes. Prince William’s mother, the late Princess Diana, was known for constantly breaking the norms on how children in the royal family were raised, and now, Prince William faithfully continues the legacy Princess Diana left as a mother. Now a father of three, Prince William has consistently been involved in his children’s lives, even from when he had just become a first-time dad.

A post shared by Denzel Washington (@officialdenzelwashingtton) on May 6, 2019 at 1:59am PDT

The famous actor fathers four children and is known for being incredibly supportive in his children’s interests. Maybe a little too supportive in the funniest dad ways, but it’s all coming from pure love. Denzel told Fatherly, a digital media brand whose “mission is to empower men to raise great kids and lead more fulfilling adult lives,” that he tends to become a typical “sports parent” turning into that one overbearingly supportive parent on the sidelines. He also talked about supporting his son, John David Washington, in his dreams to play professional football. John David, who’s currently starring in HBO’s Ballers with the Rock, was actually a football running back for the United Football League’s Sacramento Mountain Lions for four years. Denzel supported John David’s dreams to be a professional football player, because his son’s motivation to play was to prove he could find his own success without his father’s great name. Denzel told Fatherly, “You know, you got 200 guys trying to get 40-something jobs. So he used to get, ‘Well, what are you doing out here? Your dad’s this …’ So that was his chip on his shoulder… He hated that. He hated it. He wanted to break your leg for saying that.” So the Oscar-winning actor made sure that John David knew that he had his dad’s support to make a name for himself.

I love this photo of both of us grilling it up. Metaphorically I think it speaks volumes. My dad or pops (newly adapted) He taught me resiliency as a young father and later helped give me the courage to pursue my dreams. Happy Father’s Day! pic.twitter.com/zxgRU91ubh

The Star Wars legend is the father of five children over the course of three marriages. However, he never let that be an excuse to not be a good father to all of them. This includes Harrison being known to take on a fatherly role to his adopted stepson, Liam, who was adopted by Ford’s current wife, Calista Flockhart, before they eloped. Harrison mentioned in his interview on the Ellen Degeneres show, he mentioned how he and Liam have been skydiving together and are planning to do it again (noting that they will not be telling Calista their plans). He was also honored by his eldest son, Chef Ben Ford, who tweeted on Father’s Day in 2019 about how Harrison has impacted his life, especially becoming a professional chef. If you’re a Star Wars fan, then you might’ve just realized that Harrison’s real life experience as a father is much different than his fatherly role as Han Solo. Maybe Han Solo should take Kylo Ren skydiving too.

And of course, we can’t forget Taken star, Liam Neeson. Known for playing some of the biggest roles in the most popular action movies, including Star Wars, the A-Team, and of course the entire Taken trilogy, it shouldn’t be a surprise that he feels just as protective over his two sons as he does in his roles as an actor. Liam fathers two sons from his marriage to his late wife Natasha Richardson, and told Her, an Irish digital media brand for women, “It’s an ongoing joy being a dad. It’s always a joy but it’s a joyful worry. No matter what age they are, they’re still going to be your little boy or your little girl. And you are a hostage to love.” How adorable to see such a vulnerable side of this tough father! I still wouldn’t get any funny ideas about kidnapping and holding his kids for ransom.