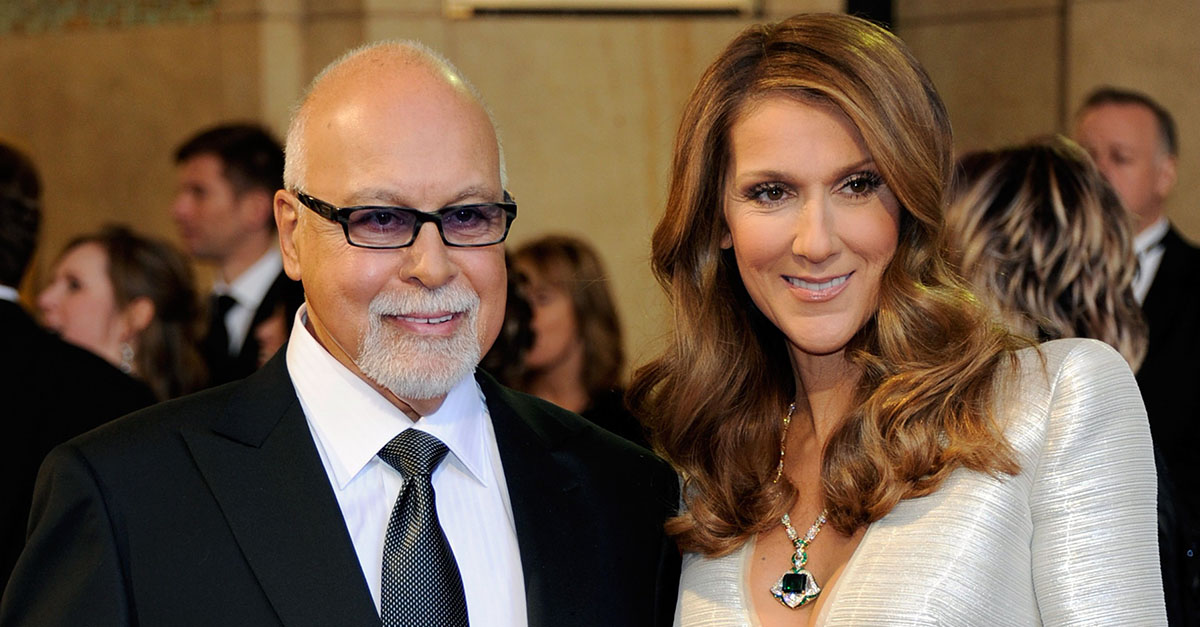 In a recent interview with The Project, 49-year-old music legend Céline Dion got candid about the death of her husband and manager René Angélil.

Dion called Angélil — who passed away at the age of 73 in January 2017 — “the only man [she’s] ever loved,” and went on to describe what it felt like to lose him.

“For three years, my husband did not have a sip of water or food. He was eating through a tube,” the songstress recalled. “The only thing I hoped while he was in three years of agony: I wanted him to live in peace. I wanted him to feel so light and no worries. He had a little heart attack. It’s so quick; he didn’t even feel anything. I thought that he was like liberated from his pain.”

Angélil — with whom Dion shared sons René-Charles Angélil, 17, and twins Eddy and Nelson Angélil, 7 — died two days before his 74th birthday and the death of Dion’s brother, Daniel Dion. As Dion’s longtime music manager, Angélil had always had a role in her life personally and professionally, and since his death, she revealed that her “husband’s hand” is the first one she shakes before and after every performance.

“I shake my husband’s hand and knock on wood with him every night before every show,” Dion, 49, told U.K.’s Stellar Magazine according to the Daily Mail. “Even after he’s gone, I still talk to him.”

The music legend has a bronze replica of Angélil’s hand that she brings along to every one of her performances. With two Las Vegas concert residencies (which her husband helped secure) that combined have spanned well over a decade and counting, she’s had many performances with his hand in hers since his passing. Dion put her residency on hold during her husband’s bout with cancer, but it was Angélil’s constant support even through his illness that quickly led Dion back to the stage.

A month before Angélil’s death, the longtime couple celebrated their 21st wedding anniversary.

She continued, “He taught me so much. He did a great job; what he had been giving to me all his life and all my life will always be with me. He gave me his all. He mortgaged his house to pay for my first album. I guess before he left he wanted to make sure I was fine. I’m trying to prove to him every day I’m fine. Our kids are growing, we feel strong. We’re good.”

RELATED: Céline Dion kept her cool when a wild fan got a little too frisky after an invitation to come onstage