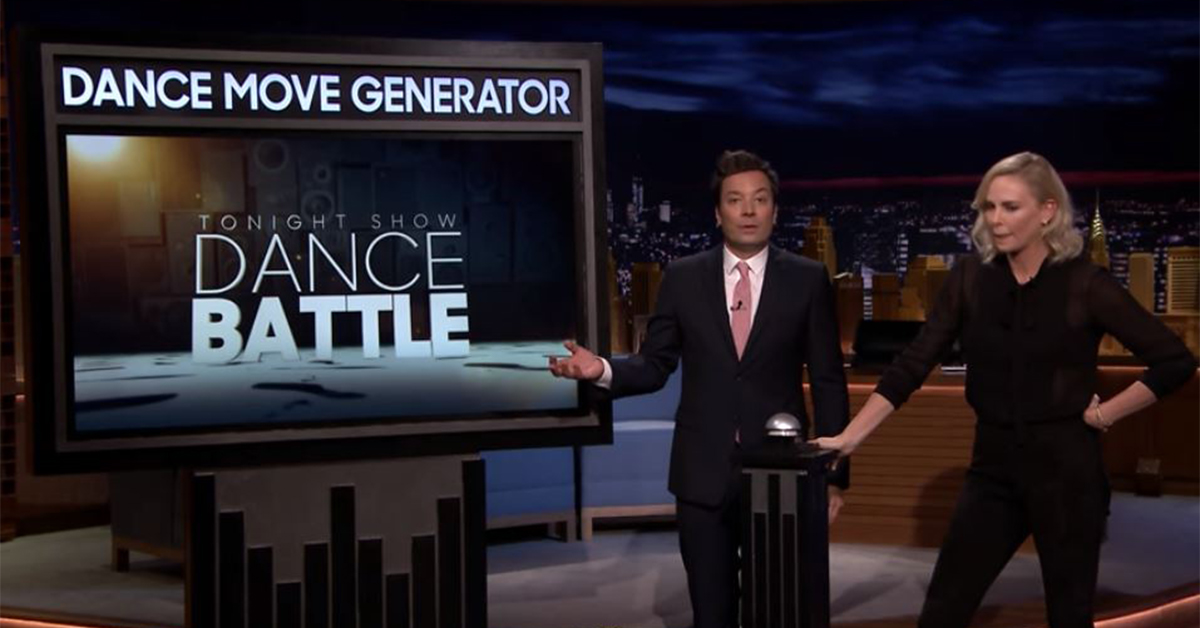 As part of her press tour for her new film “Atomic Blonde,” actress Charlize Theron appeared on “The Tonight Show.” While there, she and host Jimmy Fallon played a game called “Tonight Show Dance Battle.” For this game, a screen with several strange phrases would flash by. Theron and Fallon would have to hit a button, and they’d then have to create the dance move based on whatever the bizarre phrase was.

Theron went up first to perform the dance move “Slap the Giraffe.”

“That’s not a mistake,” she asked Fallon, “that’s actually what you meant to write?”

RELATED: Charlize Theron opens up about the night her mother shot her father in self defense.

Set to the best music of the ’80s — a tribute to the film’s ’80s-inspire soundtrack — Theron managed to pull off a cool looking “Slap the Giraffe.” This prompted Fallon to ask “How do you make that look cool?”

The two continued with some other strange moves, with Fallon attempting the “Where’s my phone, where’s my phone, there’s my phone” and Theron taking on “The Tennis Pro.” They did come together to perform “The Double Kayak,” much to the amusement of the audience.