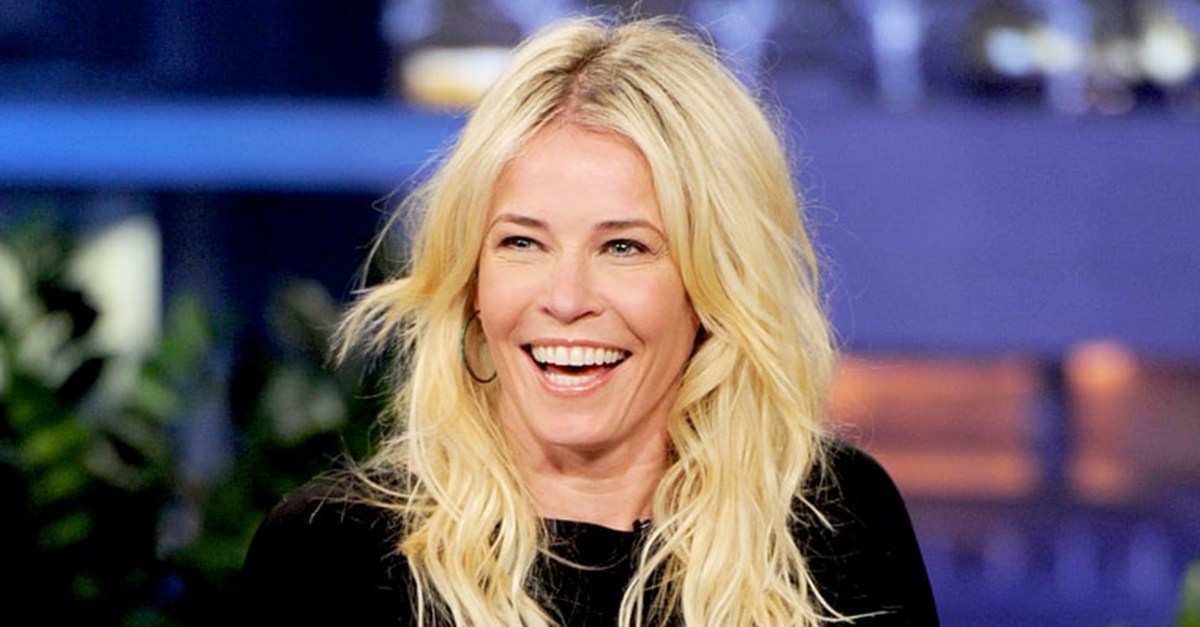 Chelsea Handler has a different approach to the Steve Harvey news.

Handler tweeted from the official Twitter for her Netflix series “Chelsea,” tweeting “Thanks a lot, @IAmSteveHarvey. Chelsea took your letter and ran with it.”

RELATED: Steve Harvey’s standoffish behavior toward his staff continues with this new development.

Thanks a lot, @IAmSteveHarvey. Chelsea took your letter and ran with it. pic.twitter.com/O5G9qHwCAL

The edited memo, now attributed to Handler, makes it clear that she only wants people to approach her while she’s getting ready for her show if they are supplying her with drugs.

“I am seeking more free time for me [to drink] throughout the day,” Handler writes.

RELATED: Steve Harvey defends sending out a memo with demands to his daytime talk show staff.

Perhaps Harvey, who admitted he “should’ve handled [the memo] a little bit differently,” could probably learn from Handler, even if it’s just to deal with Chunk.