Cher Claims Donald Trump Will “Burn Down The White House” 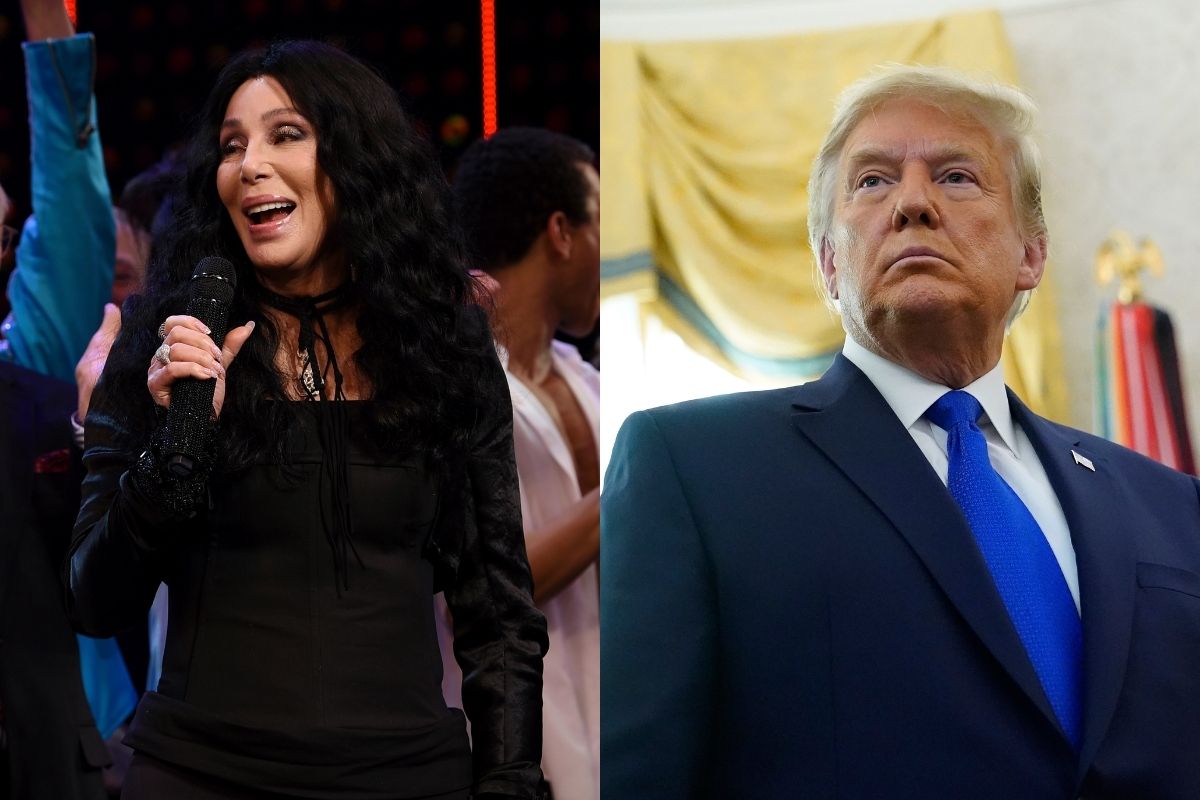 This year has been an anomaly for obvious reasons, but Hollywood celebrities have seized this year as an opportunity to use their platforms to speak on how they really feel. All the drama. in the United States has surrounded the COVID-19/coronavirus pandemic, police brutality, racism, and the fight against Trump’s re-election. And the “Goddess of Pop,” Cher, is not exactly subtle on how she feels about the Trump administration and the 2021 presidential election.

The iconic American pop sensation has claimed that she thinks that Republican President Donald Trump would rather, “burn down the White House” than concede to the 2021 President-elect Democrat Joe Biden. Cher has widely criticized Trump for awhile now, even turning a rant into a song that clearly supports Biden called “Happiness Is Just A Thing Called Joe.”

“Happiness Is Just A Thing Called Joe” By Cher

Cher had told The Guardian, “If Trump can’t be in the White House, he’s going to burn it down. He’s trying to block Joe at every moment. He’s the most vindictive person I’ve ever witnessed. I think he’s fighting so hard because he’s going to be prosecuted when he gets out of the White House.”

She also explained how he has never truly hated someone more than she hates Trump saying, “?I pretty much disliked Bush when he started those wars, and I could say for a minute it was touch and go for hate. But the one thing I know is he loves America and Trump doesn?t,” also mentioning how she hopes Trump lands in jail when he’s out of office.

Cher has been quite busy using her platform as an activist. She recently visited Pakistan to help move Kaavan, “the world’s loneliest elephant,” move from a Pakistani zoo that kept him overweight and malnourished over 35 years to a new sanctuary city. Her attention to the elephant was brought by her followers on social media, according to The Independent.